Net neutrality is still a chimera in the EU | Business| Economy and finance news from a German perspective | DW | 09.06.2013

Some Internet services in the European Union are blocked by providers because they undermine profits. Skype and Whatsapp are just two examples. The EU now wants to take action, but critics are skeptical. 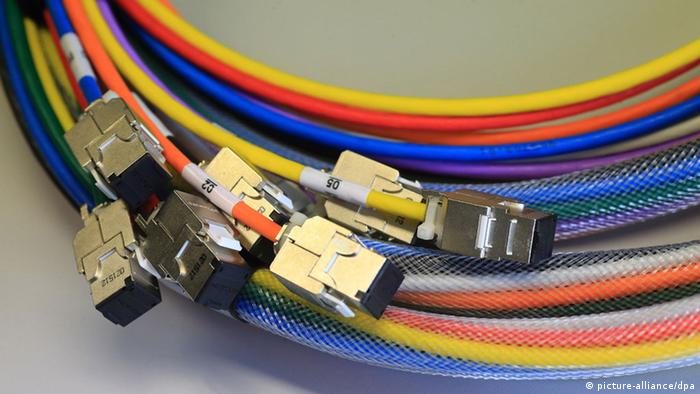 EU commissioner Neelie Kroes last week promised new rights for every EU citizen and new responsibilities for every Internet provider. She wants the principle of so-called 'net neutrality' to be a legal right across the EU. All data on the web would then be equal, and would have to be transmitted with the same speed, regardless of where it's from or what the content is.

Often, this affects services where the provider can't profit himself, explains Constanze Kurz of the Chaos Computer Club (CCC) "That affects their business model and that's why some providers have blocked that." Voice over IP software, like Skype or messenger Whatsapp, offer services for free and are very popular with users. 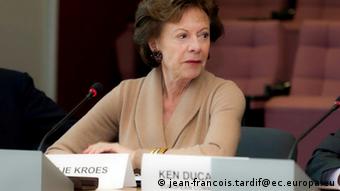 If such services get blocked, it leads to a distortion of the market, Kroes believes. She warns that innovative services could soon be stopped from entering the EU market.

Jan Philipp Albrecht, however, doesn't think the commissioner's concerns should be taken at face value. "Those are announcements that should have come years ago," says the Green party European Parliament member. CCC spokeswoman Kurz is equally skeptical, saying the EU was just only reacting whenever the debate on net neutrality was urgent in one of the member states. "These words are almost never followed by actions. Empty words are to no effect."

Paying your way out of it

In recent weeks, the issue of net neutrality also cropped up on the German agenda. Internet provider Telekom, formerly state owned, announced it would limit data flows and flatrates, beginning in 2016. After a certain amount of data usage, the speed would then be cut significantly. Currently, the authorities are examining whether the move by Telekom is legal, but most likely the company will be able to go ahead with it.

Certain services, like Internet television offered by Telekom itself, will not be affected by the lowered Internet speed. "Also, some services will be able to buy their way out of being affected. "This is a violation of net neutrality," says Kurz. Smaller services possibly won't be able to pay. 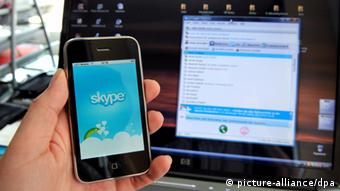 Some providers don't like the likes of Skype and Whatsapp

Kurz has concrete examples: local radio stations, alternative video platforms, universities offering their lectures online. "They won't have any money to pay Telekom and would clearly be at a disadvantage."

That's exactly why it is so important for politicans to deal with the issue of net neutrality, Kurz insists. Parliamentarian Albrecht agrees. "You can't wait until the providers themselves have the idea to protect the consumers, he told DW. "This will only happen if politicians set the course for it.

In Germany, a 19-year-old student has called attention to the issue. He collected more than 70,000 signatures to get the German parliament to discuss the problem.

So far, across Europe, only two countries have ensshrined net neutrality in law: The Netherlands and Slovenia. Constance Kurz is not confident that other countries will follow that lead any time soon. "Consumers aren't very important in this game," she says. European providers would like to have a slice of the big providers' pie, most of which come from the US. "But, net neutrality isn't an issue for them. They are business-oriented companies, so it's the state's job to set the limits here."

A fresh study has found that Europe is increasingly lagging behind in making its broadband data highways fit for transporting ever greater volumes of information. In Germany, no one wants to bear the costs. (03.06.2013)

Whether they know it or not, Internet users leave a trail of data which global corporations profitably follow. Me and My Shadow shows what personal information seeps out and helps people protect privacy online. (27.05.2013)

TV stations, newspapers, websites and even micro-blogging sites are all subject to the censor's black pen in China. But FreeWeibo shows Internet users what Chinese censors block and helps them get the data they want. (07.06.2013)