A fresh study has found that Europe is increasingly lagging behind in making its broadband data highways fit for transporting ever greater volumes of information. In Germany, no one wants to bear the costs. 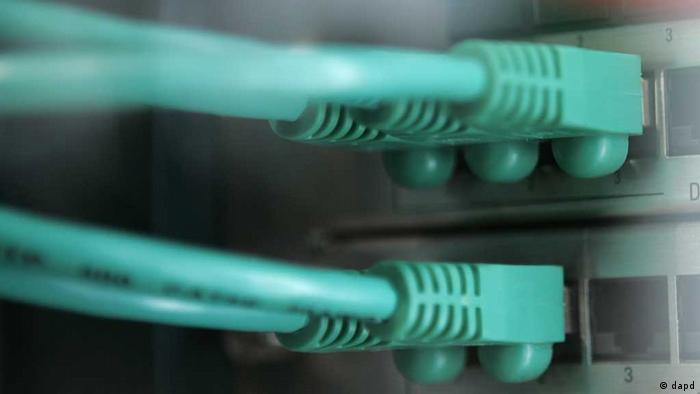 The German business daily "Handelsblatt" claimed Monday that Europe would face a rude awakening, if it kept dragging its feet on rapidly expanding its mobile Internet infrastructure.

The newspaper cited Ericsson's latest "Mobility Report 2013" which noted that the global volume of data sent with the help of mobile communications networks currently amounted to 1,200 petabytes per month, but would be about 12 times higher by 2018.

The report indicated that Europe might find itself at a huge disadvantage down the road, because the required extension of the communications network was not progressing accordingly. The "Handelsblatt" quoted European Digital Agenda Commissioner Neelie Kroes as saying that investments in telecom infrastructure had been falling in the 27-member EU, while in the US they'd increased by 70 percent since 2007.

The daily maintained European entrepreneurs were already suffering from a lack of broadband capacity. It added that instead of making major investments happen now, Germany for instance kept being embroiled in a debate about who should bear the costs.

Deutsche Telekom’s plans to introduce data throttling for landline contracts have been met with indignation from many sides. Critics fear that the internet community could be split into two classes. (25.04.2013)

Ericsson's "Mobility Report" said in the US some 70 percent of mobile communications users would use the high-speed LTE technology by 2018, while in Europe only 35 percent would be able to use it.

Ericsson noted that in 2012 smartphone owners downloaded and sent about 450 megabyte each per month, the equivalent of 118,000 printed pages. By the end of 2018, the volume per user was believed to reach two gigabytes, driven not only by video and music content, but also by a variety of new mobile business concepts.