TV stations, newspapers, websites and even micro-blogging sites are all subject to the censor's black pen in China. But FreeWeibo shows Internet users what Chinese censors block and helps them get the data they want. 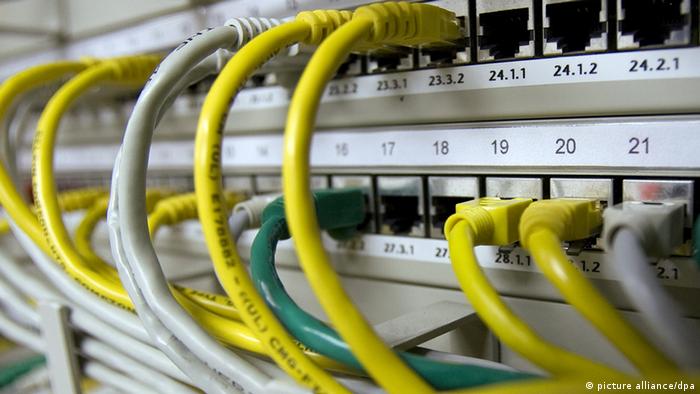 An online micro-blogging service similar to Twitter, China's Sina Weibo boasts more than 503 million users writing millions of posts about many aspects of their daily lives - where they are shopping, what the weather's like and who they're with.

And while Twitter has become a platform for activists to discuss, plan and promote their ideas and campaigns, such material is largely absent from Sina Weibo. Posts that don't line up with the government's agenda can be removed by censors before they reach a large audience.

But a Web service called FreeWeibo has developed a way for people to find out what the censors are removing from Sina Weibo as a part of the so-called Great Firewall that separates Internet users in China from each other, and the rest of the online world.

Change from inside China

GreatFire, which started in 2011, monitors which websites are not accessible in China to show the public what censors are trying to block. But its creators wanted to move beyond providing information to people outside China, to enabling people inside the country to discuss the ideas they want. 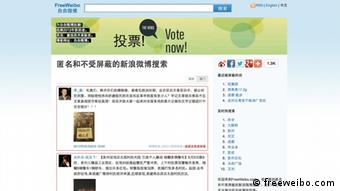 "We quickly realized that our focus should not be on foreign information that was blocked in China - it should be on Chinese information that was blocked in China," Charlie Smith, a GreatFire and FreeWeibo co-founder, told DW. "Chinese censorship will be solved when Chinese speak out against it. It won't be solved by the Western press speaking out about it."

In addition to providing a look at what is happening at Sina Weibo, FreeWeibo's creators at GreatFire.org also maintain a list of keywords blocked on Weibo and offer tips like using images and descriptive language to evade censors. In May, FreeWeibo won DW's The Bobs award for the best in online activism in the best innovation category.

"FreeWeibo is closely related to the pervasive censorship culture on the Chinese social media," said Bobs jury member Hu Yong. "In China censorship is an ordinary, daily basic thing. Before that, when your accounts get deleted or your message gets deleted, you simply disappear. But now they have a way to preserve the deleted message and find out what is happening on the censorship side."

Censorship at its worst

And what's happening on the censorship side is becoming increasingly sophisticated and nuanced, according to Smith. Rather than completely blocking access to issues they deem too sensitive, censors filter data to present only the posts they have carefully selected. 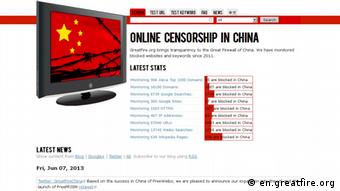 A GreatFire post explained: "This is an example of censorship at its worst - users suspect their search term might get blocked before they search, but instead of a censorship notice they are led to believe that what they are searching for is not sensitive plus not many people are saying anything interesting about the keyword anyway."

While the censors' new approach to censorship is effective, Smith said it won't be the last move in the cat-and-mouse game between censors and activists.

"The nature of the Internet, and how information flows here and the rise of social media and increasing penetration of mobile devices all across the country will make it harder for the authorities to keep control," he said. "It is only a matter of time until Chinese netizens see that the information being delivered to them has also been sanitized."

"We're hell-bent on making sure that the censorship mechanism falls here," Smith added. "And it will fall."

Resistance in Istanbul with 140 characters

With continuing protests against Prime Minister Recep Tayyip Erdogan's government in Turkey, there has been sharp criticism that traditional media have largely been silent. But what role have social media been playing? (05.06.2013)

The fight for and over social media in Iran

In 2009, Iran's Green Movement discovered social networks as a platform for social criticism. Now, supporters of the government are using them for propaganda. (27.05.2013)

DW's annual awards for the best in online activism