Prosecutors said "racism and xenophobia" were decisive in the suspect's motive to kill German CDU politician Walter Lübcke. Authorities also charged a man for helping train the suspected murderer to use guns. 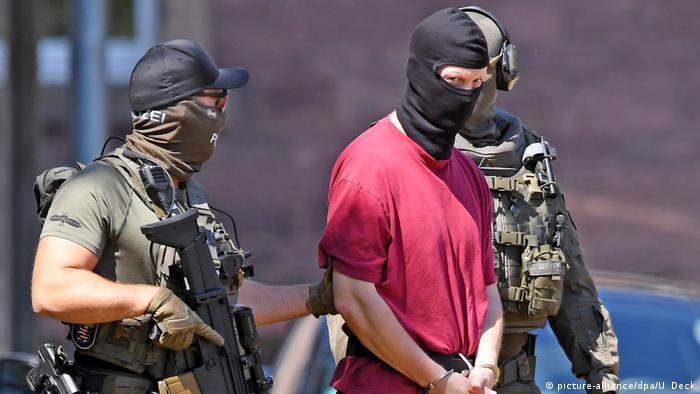 The politician, who belonged to Angela Merkel's center-right Christian Democratic Union (CDU), was shot dead at his house. His death shocked Germany and came at a time when far-right violence is on the rise across the country.

Prosecutors said that 45-year-old Stephan E. drove to Lübcke's home in the central-German town of Wolfhagen, crept up under cover of darkness to the terrace where the politician was sitting and shot him in the head with a revolver.

The suspect's "racism and xenophobia founded on an ethnic-nationalist attitude were decisive in the act," prosecutors said in a statement on Wednesday.

As a political leader of the Kassel district, Lübcke was known for being pro-immigration and sympathetic to refugees.

Stephan E. initially admitted to the crime and led authorities to his weapons cache. But he later revoked his confession and accused 44-year-old Markus H. of being the one who pulled the trigger. 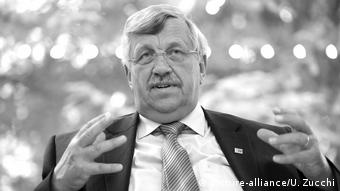 German prosecutors said both men attended a rally in October 2015 where Lübcke argued in favor of accommodating refugees in the town of Lohfelden.

Read more. Opinion: Hate in the heart of Germany

From this moment on, authorities say Stephan E. "increasingly projected his xenophobia" onto the politician. He allegedly began spying on Lübcke and planning the attack, which included several trips to the politician's home.

Prosecutors have charged Markus H. with being accessory to murder, for having helped Stephan E. train with firearms in forests and at gun clubs between 2016 and 2018, "including with the murder weapon."

But authorities have said that Markus H. was not present on the night of the murder. He is said to have "accepted and supported" the danger Stephan E. posed, but he "was not familiar with the actual plans for the attack," the statement said.

Prosecutors will have the opportunity to question Stephan E. on charges relating to a knife attack on an Iraqi asylum-seeker in 2016.

Investigators now believe that a knife found in the suspect's possession was the weapon used in the stabbing.

Stephan E. has also been linked to a failed assassination attempt in 2003 against a teacher from the city of Kassel, who was actively opposed to right-wing extremism.

Protesters in Hanau held up a banner saying "together against terror and anti-Muslim racism" during new demos. The march came in the wake of an attack in the German town that saw nine people shot dead. (23.02.2020)