Neo-Nazis cloak themselves in eco-rhetoric | Environment | All topics from climate change to conservation | DW | 08.03.2012

Neo-Nazis are stepping up efforts to 'talk green'

"Environmental protection should be inherent to cultural progress." That's a statement that could easily be attributed to any environmentalist group. Instead it comes from the National Democratic Party (NPD), a far-right but still legal German party, and it's another sign of how right-wing groups are increasingly latching on to environmental topics.

The connection between right-wing extremism and environmentalism is not new, but experts believe the growing trend represents a real threat, because it helps push extremist views into the mainstream.

Two recent publications have responded, seeking to educate the public by explaining what's behind such efforts, and debunking certain lines of reasoning within them.

Certified organic - and neo-Nazi too?

This past January, the Heinrich Böll Foundation, which is connected to Germany's Green party, released a book examining right-wing environmental thinking. It focused on the eastern German state of Mecklenburg-Western Pomerania, where so-called nationalistic colonies have been established.

Beginning in the years just after the fall of the Berlin Wall, like-minded families began to settle in communities in rural areas, mostly in eastern Germany, and live off the land. What brought them together was a common nationalistic orientation. 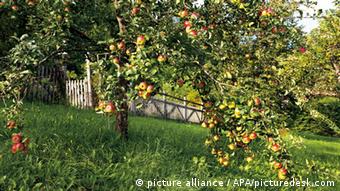 The families are bound together by ideas such as placing value on "German soil," said Carsten Koschmieder, a research assistant at the Free University of Berlin and doctoral candidate in the field of right-wing extremism.

And as with many eco-farms, their organic produce ends up on the shelves of your average supermarket.

"They're trying to become a very normal part of society - which is dangerous, since they hold very dehumanizing beliefs," said Gudrun Heinrich, an expert on right-wing extremism at the University of Rostock, and co-publisher of the foundation's book.

Extremist branch on the eco-tree

The environmental movement in Germany can be traced back to German Romanticism, when an increasingly industrial society began to consider whether nature had its own value.

Right-wing extremists who use eco-speak "are latching on to a long tradition," said Heinrich.

Nils Franke, a historian of the environmental protection movement who works out of Leipzig in eastern Germany, said that the current growing use of environmental topics in the neo-Nazi movement also reaches back to successes with this strategy under the Third Reich.

The first Germany-wide environmental protection law was passed under Hitler's government in 1935, Franke explained. The idea of protecting national, natural lands "resonated with the people, and had a propagandistic effect," Franke said.

He said the current right-wing extremist use of environmental topics is similarly propagandistic.

"They say one thing but mean another. It's like a Trojan horse, actually," Franke said.

The tendency appears to be on an upswing, Franke added, saying that's why the environmental ministry of the German state of Rhineland-Palatinate hired him to produce an informational pamphlet debunking many of the extremists' lines of reasoning.

The pamphlet examines nearly every facet of the Nazi-green connection, including overpopulation, resistance against genetically modified organisms and endangered species protection.

It presents quotes from the NPD, and then carefully picks apart their arguments.

For example, it reveals certain activist rhetoric against overpopulation as being based on a definition of a pure German race. 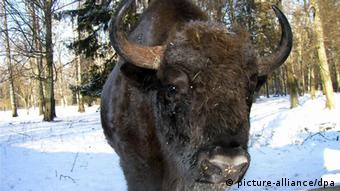 The green neo-Nazis' empathy for endangered species is linked to a concern that "pure" Germans are becoming ever more rare, according to the pamphlet.

Neo-Nazi environmental activists "certainly do something for the environment, but their intention is not democratic," Franke said.

The ultimate goal is to win new members, including people who already care about environmental issues, said Fabian Wichmann, from Exit Deutschland, a group that helps right-wing extremists get out of the scene.

Wichmann recounted how some former neo-Nazis first got involved in the scene through activities such as trash-gathering hikes.

"The camaraderie and group nature of the events is emphasized, and they also use the hikes as media events to gain a public profile," Wichmann said.

Koschmieder described how neo-Nazis are increasingly setting up stands at eco-oriented events, especially in eastern Germany.

"They make very normal, acceptable arguments, in order to build up trust, and one doesn't necessarily notice at first that there's an ideology behind it," Koschmieder said.

Neither Wichmann nor Koschmieder were involved in the publications, but both agree that informing people of neo-Nazi greenwashing efforts is important, echoing Franke's statement that education is "the best and perhaps only weapon we have against such sentiments."

A series of murders in Germany carried out by a far-right group has made it clear to many that neo-Nazis have to be confronted. Hundreds of groups are doing just that. (24.02.2012)