Nadja Drygalla, a member of the German Olympic rowing team, left London after her right-wing connections surfaced. This is not the first time she has been connected to a neo-Nazi group. 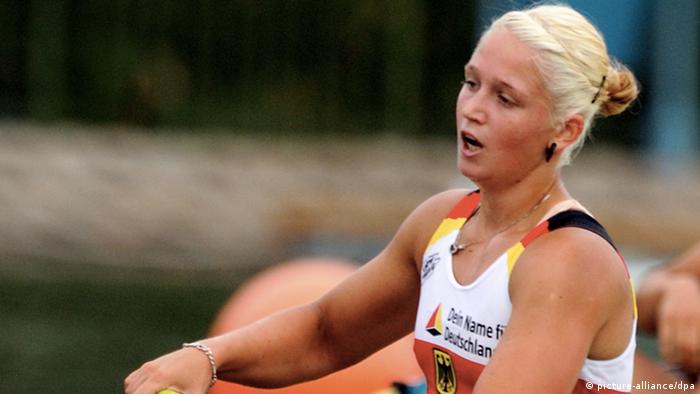 Michael Vesper, director general of the German Olympic Sports Federation (DOSB), confirmed Friday that he had confronted Drygalla over media reports that she harbored sympathies for the political far right.

Drygalla allegedly maintains a romantic relationship with a right wing radical, who was a candidate for the far right National Democratic Party, the NPD, in last year's state elections in Germany's northeastern state of Mecklenburg-Western Pomerania.

"She explained things from her side. I explained to her the problems this caused," said Vesper, who discussed the issue at length with the rower on Thursday before the 23-year-old left the village.

Drygalla distanced herself from the right wing views of the man she is associated with but Vesper added that he wanted to be certain of her position regarding basic democratic principles.

The conversation reaffirmed Drygalla was credible and that she was committed to the values ​​of the Olympic Charter, he said.

"Ms. Drygalla explained at the end of our conversation that she will leave the Olympic Village, to avoid creating a strain for the Olympic team," said Vesper. 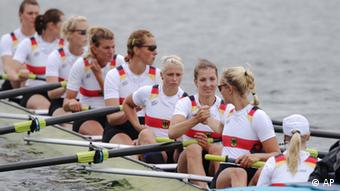 Drygalla is no stranger to being connected to the right wing. In March 2011, allegations of a connection to a different neo-Nazi from Rostock prompted her to resign from the Mecklenburg-Western Pomeranian police force.

By then, Drygalla was a member of the police sports group. Photos of her with right wing extremists have also been circulated on the internet. Drygalla has so far refused to comment on her departure from London.