A Munich court has appointed another defender for Beate Zschäpe, the main figure in Germany's trial of neo-Nazi suspects accused of a series of racist killings. The trial has been running since 2013. 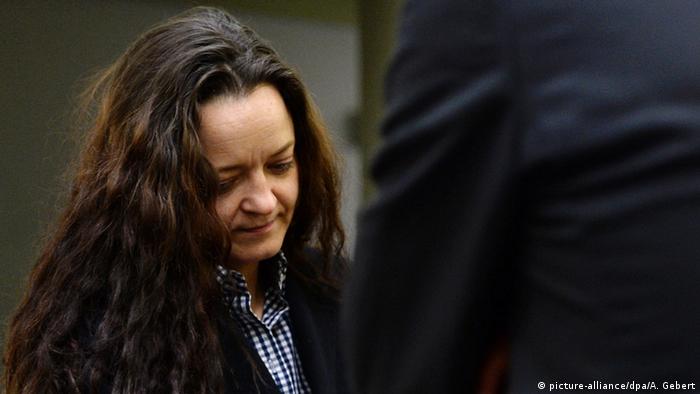 Beate Zschäpe has been granted a new lawyer, following a rift with her legal team that saw her try to fire her defender Anja Sturm last month.

Zschäpe has been on trial since 2013, standing accused of being a member of the right-wing extremist National Socialist Underground. The group is thought to have been behind the killings of nine immigrants - mostly of Turkish origin - and a policewoman between 2000 and 2007.

From Tuesday, 30-year old Munich lawyer Mathias Grasel will be part of the team of three other court-appointed attorneys representing Zschäpe.

"Frau Zschäpe has asked me to take up her defense," Grasel said in a statement on Monday. 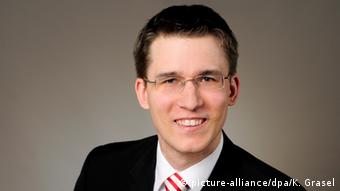 This would be the first high-profile public trial for the Munich lawyer, who will have to catch up on more than two years of proceedings. According to judicial sources, Grasel has provided legal advice to Zschäpe for some time in the background, and visited her several times, the dpa news agency reports.

Zschäpe faces 27 charges linked to bombings and murders, mostly on racist grounds, committed by the NSU between 2000 and 2007. She has been keeping silent since the trial started in 2013.

Zschäpe's defense is a "gargantuan task," Grasel said on Monday, but added he counts on the support from his colleagues to tackle it. He also said that an experienced legal expert will support him from "behind the scenes" without naming any names.

Grasel, who has worked as a lawyer since 2011, is also active on several online outlets, where he answers legal questions from the public.

The rift between Zschäpe and her previous three-person team of defenders was first made public in the summer of 2014, when the defendant attempted to dismiss all three of them. Her request was denied by the court.

Last month, Zschäpe again attempted to fire her defender Anja Sturm, allegedly because Sturm placed her "massively under psychological pressure" during consultations, and frequently came unprepared to the trial. In a letter to the court, Zschäpe offered to say "something" if her defense team was exchanged. That initiative, too, was rejected by the court.

Zschäpe is also accused of trying to throw police off the trail of the two men who are believed to have pulled the trigger in the murders, Uwe Böhnhardt and Uwe Mundlos.

Böhnhardt and Mundlos escaped justice when they died, apparently through suicide, in November 2011 as police closed in on them after a bank robbery.

It was only then that police established links between the killings as well as the alleged racist motive. Until then, police had believed most of the murders were the products of disputes within Germany's Turkish community.

On trial alongside Zschäpe are four other men from the neo-Nazi scene accused of abetting murder and supporting the NSU.