A leading British conservative has told European lawmakers that the Nazis believed in a "strain of socialism." Many members of social democratic and socialist parties were imprisoned or killed by the Nazi party. 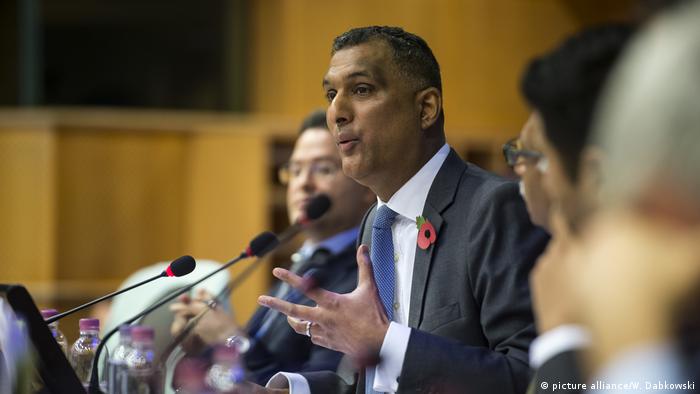 European lawmakers have condemned a British Conservative Party lawmaker who urged members of the European Parliament to remember that National Socialism was a "left-wing ideology."

"You have to remember that Nazis were National Socialists, a strain of socialism," Syed Kamall said during a debate with social democratic lawmakers on Wednesday. "It's a left-wing ideology."

Left-wing members and the vice president of the European Commission, Frans Timmermans, who was also attending the session, immediately lashed out at the comments.

Social democratic and socialist parties opposed the Nazi party and many of their members were imprisoned or murdered by the Nazi regime in Germany between 1933 and 1945.

The head of the social democrats in the European Parliament, Udo Bullman, condemned Kamall's "disgusting comparison" and reminded him that "Social Democrats throughout Europe resisted Hitler's regime and paid for it with their lives."

Kamall, who heads the European Conservatives and Reformists (ECR) group in the European Parliament, later apologized for offending his socialist colleagues, but did not apologize for making the comparison.

In a Tweet, he wrote: "I have upmost respect for anyone who stood up & fought against Nazism, Communism & any other kinds of extremism, regardless of political affiliation."

Kamall, 51, represents the capital London in the European Parliament; he supported Brexit in the 2016 UK referendum on EU membership.