People across Germany attended memorial ceremonies on January 27 to remember the millions who perished under Hilter's regime. German Chancellor Angela Merkel called on Germans to use the day to combat intolerance. 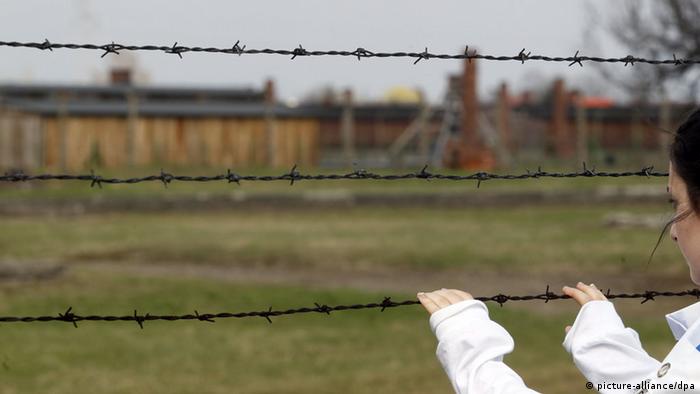 On Sunday, organizations held events across Germany to commemorate the victims of the National Socialist dictatorship under Adolf Hitler, who ruled Germany from 1933 to 1945.

Chancellor Merkel emphasized the importance of the Day of Remembrance for Victims of National Socialism during her podcast posted online Saturday.

"We must clearly say, generation after generation, and say it again: with courage, civil courage, each individual can help ensure that racism and anti-Semitism have no chance," she said.

Because the number of eyewitnesses to the crimes against humanity perpetrated by the Nazi regime dwindles every year, people must take the opportunity to listen to survivors, she added.

"Naturally, [Germany has] an everlasting responsibility for the crimes of national-socialism, for the victims of World War II, and above all, for the Holocaust."

In 1996, former German President Roman Herzog proclaimed January 27 the Day of Remembrance for Victims of National Socialism, in order to stress the importance of vigilance toward intolerance and hatred. The date was chosen for its significance in Holocaust history. On January 27, 1945 Soviet troops liberated Auschwitz-Birkenau, the largest concentration camp where over one million men, women and children were killed.

The United Nations designated the same day in 2006 as the International Day of Commemoration in memory of the victims of the Holocaust.

Over six million people perished in concentration camps from forced labor, starvation, disease or extermination. The majority of the victims were Jews. The Nazi regime sent hundreds of thousands of others to their deaths during their reign of terror, whom the state deemed degenerate or a political threat, including the disabled, the mentally ill, homosexuals, Sinti and Roma, political enemies and members of religious organizations.

Because the memorial day falls on a Sunday this year, the German parliament is scheduled to hold its "hour of commemoration" on Wednesday. The German-Israeli author and journalist Inge Deutschkron will speak about her experiences surviving the Holocaust at the event.