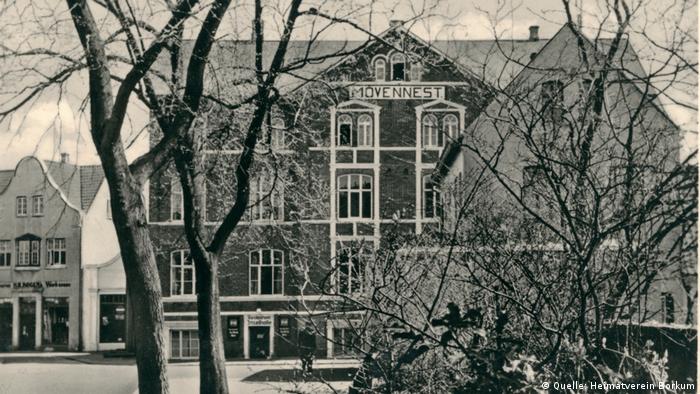 ARD's investigative TV show Report Mainz has discovered that former SS officer Werner Scheu, convicted for his part in the murder of 220 Lithuanian Jews in 1941, ran a children's home named "Möwennest" (Seagull's Nest) on the German North Sea island of Borkum (pictured above) after serving his sentence.

One woman described being made to stand barefoot on a cold floor for hours overnight and on one occasion was locked in a sauna.

Another children's home director was Albert Viethen, a doctor and member of several Nazi organizations who was accused of euthanizing around 20 children under the Nazi regime. According to ARD, he was charged with accessory to murder in 1963 but the case against him was dropped for lack of evidence. Viethen ran a children's spa home named "Schönsicht" in Berchtesgaden, Bavaria, where several survivors described routine abuse.

The revelations add a new dimension to the experiences of so-called "Verschickungskinder" ("sent-away children") and the special educational homes that existed in West Germany from the 1950s to the 1980s.

A newly-founded survivors' initiative and self-help group has estimated that as many as 8-12 million children were sent to such homes in that period, often on the recommendation of doctors, schools, and youth welfare authorities, as "spa treatment" for young children paid for by public health insurers.

The stories of abuse have only just started to emerge in the media in the past few years, partly because local authorities have often denied the stories, on the grounds, for instance, that "these are memories, not evidence," as journalist Lena Gilhaus was told in 2017, when she wrote about her father's experience for broadcaster Deutschlandfunk. Gilhaus' investigative report, which cited a number of survivors' reports, was among the first to draw attention to the fate of Germany's Verschickungskinder in the media.

Much of the evidence for the new investigation was based on the research of Anja Röhl, herself a survivor of a home in Hamburg, who collected 250 firsthand accounts over the past 10 years after she published an article in 2009 about her own experience. Her Verschickungskinder organization, which was founded two years ago, now has over 3,000 members.

"I was five years old when they sent me," she told DW. "On the first day all the children were tied to their beds, and I got such shock. We were punished just for talking."

Read more: 'Daddy was a man of honor,' daughter of Nazi officer insists

Röhl says the stories she collected were backed up by documents she found — particularly complaints filed by parents and youth welfare authorities. "The children came back sicker than when they left, they were malnourished, had to be hospitalized," said Röhl. "Sometimes they were so disturbed they didn't recognize their parents." 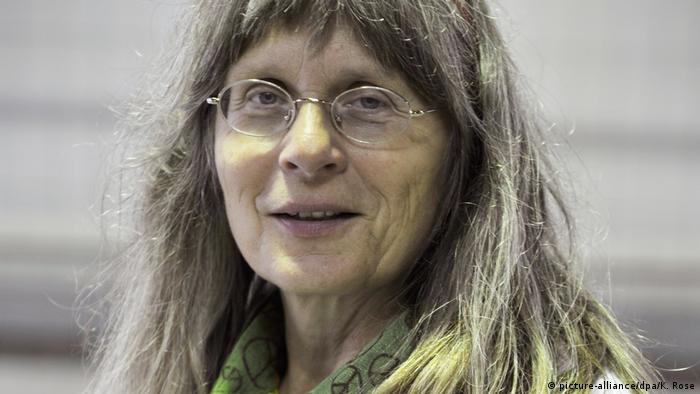 Anja Röhl has founded the 'Verschickungskinder' organization for victims — and it got 3,000 members within two years

These letters were often simply ignored by home directors, who were apparently protected by political interests, Röhl suspects. But most of the children, she says, were too ashamed or traumatized to talk about their experiences themselves.

In one particularly horrifying case described in by Report Mainz, one survivor reported eating the sleeve of his pajamas at the home and being too ashamed to tell his mother what had happened. In other cases, parents simply didn't believe their children's accounts.

Röhl believes the connection between these homes to the old Nazi regime was strong, partly because the system of child holiday homes was originally founded in the 1930s. "We believe that female personnel from concentration camps used the children's homes as places to flee to, where they could find work," she said. "But we don't know that for sure."

Read more: Confronting a disturbing truth — 'My father was in the SS'

"The Nazi concept of human beings played a big role here we think," added Röhl, partly because the staff at the homes had largely been brought up under the Nazi regime.

The hundreds of memories she collected shared many common features: Children were subjected to a regime of extreme discipline, frequent corporal punishment, were separated from siblings, being left in solitary confinement, or made to sleep in the same room as older children who bullied them.

Terrible food was also a constant theme — survivors described being force-fed by having their hair tied to a table and tipped back, or being forced to eat their own vomit.

Röhl described how young children often returned from these homes traumatized; she heard stories of suicide attempts, of children who experienced depression, became aggressive, or did not speak for a year after returning home.

"We came back different to how we went in," Röhl said. "We came back injured and wounded, in our souls and physically."

Röhl has now founded an initiative, which is calling for state governments to establish archives of documents related to the homes, along with survivors' centers manned by survivor volunteers who can answer phone lines for people to report their own stories.