Two treasure hunters near the Polish town of Walbrzych claimed to have discovered the location of a WWII train loaded with gold by the occupying Nazis. Local authorities are working to confirm or deny their claims. 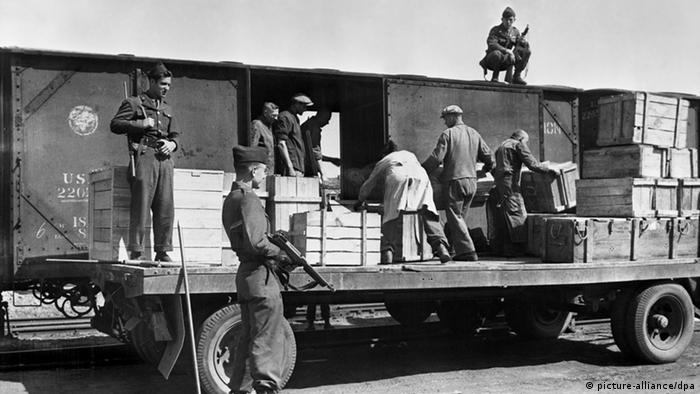 A "Nazi train" containing treasure looted by the Germans during World War II was allegedly discovered near the southern district of Walbrzych in Poland, local media reported on Wednesday. The train's finders, two treasure hunters from Poland and Germany, are asking for ten percent of the value of the contents.

"Lawyers, the army, the police and the fire brigade are dealing with this," Marika Tokarska, an official with the Walbrzych district council, told Reuters. "The area has never been excavated before and we don't know what we might find."

The train, which has become infamous in local folklore, reportedly went missing in 1945 as the Red Army moved forward towards the end of the Second World War. The train then disappeared after either entering a tunnel near Ksiaz Castle in Walbrzych or it was lost in the underground Nazi complex called "Riese" or "Giant." Local historian Joanna Lamparska told TVN24 that although the story of the train is a popular topic, "no one has ever been able to confirm the existence of this train."

Further rumors circulate surrounding the exact contents of the train. Many believe the train contains gold, stolen valuables, gems, guns or raw materials. In an interview with Radio Wroclaw on Wednesday, Jaroslaw Chmielewski, the lawyer representing the train's finders, added to the speculative fever by stating: "this is a discovery of global importance, comparable to that of the Titanic."