Nazi Archive in Bad Arolsen Opens Doors to Public | Germany | News and in-depth reporting from Berlin and beyond | DW | 28.11.2007

An extensive collection of Holocaust records was finally unlocked to the public on Wednesday, Nov. 28, more than 60 years after its creation to trace millions of victims of the Nazi regime. 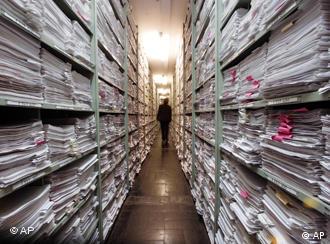 "It will now be possible to carry out detailed research on the transport of prisoners, the camp populations and the health of forced laborers," said Reto Meister, Swiss director of the International Tracing Service (ITS) in Bad Arolsen, Germany.

Jewish groups have campaigned for years for the ITS to release digitized copies of its collection, so that relatives can discover the fate of their loved ones in the death camps while the last of the survivors are still alive.

The opening had to wait until the 11 nations that own the archives altered their treaty with the International Committee of the Red Cross, which manages the documents. Greece was the last country to file its ratification of the accord initiated in May 2006. 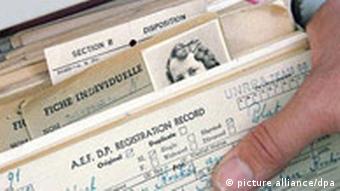 Until now, only Red Cross employees and next of kin, not historians, distantly related family members or other members of the public, were allowed to see the files, which contain some 50 million documents regarding the persecution, exploitation and extermination of millions of civilians by the Nazis.

Most historians are expected to use the computerized copies being set up in Jerusalem, Washington and Warsaw rather than travelling to Bad Arolsen, a remote hill town in the center of Germany.

"Researchers will be able to study these records and hopefully gain new insight into the suffering of individual victims and the Holocaust," the ITS said in a statement. 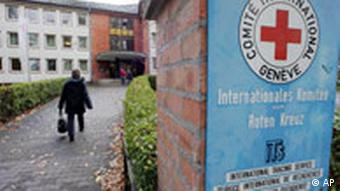 Records will also continue to be kept in Bad Arolsen

The Bad Arolsen facility, spread over several buildings, began as a British Red Cross card index in 1943 and was used to reunite families beginning in 1946. It now has details on an estimated 17.5 million civilians killed or forced to leave their homes by the Nazis.

It includes meticulous records kept at concentration camps by the Nazis and a complete postwar index of every non-citizen who was on German soil during the war years.

"Today saw the conclusion of a long and difficult process," said Jakob Kellenberger, ICRC president. "This dark chapter in German history must never be forgotten."

The Simon Wiesenthal Center is extending a campaign to search for aging Nazis to South America, where investigators said they believe Aribert Heim, one of the most sought-after suspected war criminals, is hiding. (27.11.2007)

US, Israeli Holocaust Institutes Get Nazi Records from Germany

Custodians of a vast German archive dealing with Nazi concentration camps have transferred copies of millions of files to museums in Israel and the US, providing Holocaust survivors with a record of their persecution. (22.08.2007)

What do you think about the Nazi records becoming publically accessible? Send us your comments and please include your full name and country in your reply.

The ITS' official Web site for the Bad Arolsen archive