The president of Nauru, the world's smallest republic, lost his seat after six years in power. President Baron Waqa was a strong supporter of Australia keeping refugees in a camp on Nauru soil. 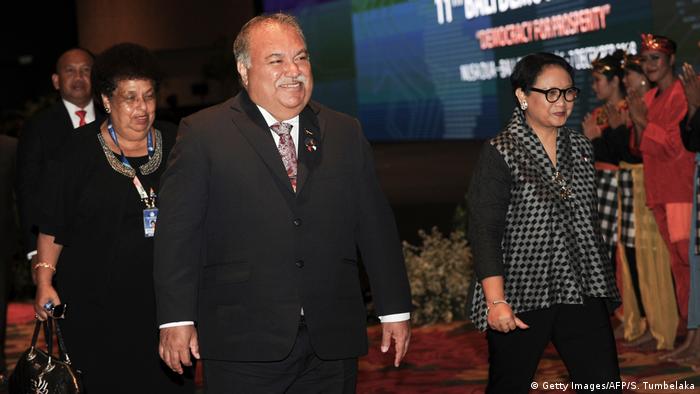 Nauru lawmakers were set to choose a new president after Baron Waqa failed to gather enough votes to stay in office, according to early results of the general election reported on Sunday.

Waqa has ruled the Micronesian nation of 11,300 for the last six years. He is a vocal proponent of the Australian refugee camp on the nation's territory, with Australia's fees providing Nauru with about a third of its national income.

In Nauru, the president needs to win a seat in the 19-people parliament before being eligible for the highest office. However, voters apparently backed two of Waqa's rival candidates in his electorate of Boe, keeping him out of the assembly.

The final result is expected to be announced on Monday. The successor of the 59-year-old politician will only be known after a vote in the parliament. Current Finance Minister David Adeang is considered a favorite.

Nauru is the world's smallest republic and the third-smallest country in the world. While the Vatican City State and Monaco have an even smaller surface area, they do not choose their head of state at the ballot box.

Australia's payments are a major source of revenue in Nauru after the country exhausted its key phosphate deposits. Australia still keeps some 300 asylum-seekers in Nauru, down from a peak of about 1,200 five years ago. A similar camp in Papua New Guinea was closed in 2017.