NATO appears on course for new strategic concept | World | Breaking news and perspectives from around the globe | DW | 18.11.2010 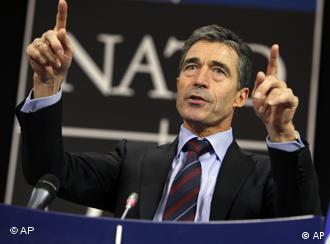 The North Atlantic Treaty Organization could be on its way to adopting sweeping reforms, as NATO leaders prepare to meet in Lisbon on Friday.

There is broad agreement among political analysts that the organization is in need of a new strategic concept in light of present-day threats that greatly differ from the challenges of the Cold War era. 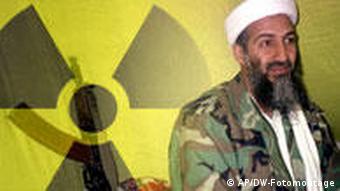 Security challenges have changed drastically in the last decade

"NATO is, in principle, still equipped for a conventional war; to repel an attack on its territory," said security expert Roland Freudenstein of the Center for European Studies in Brussels. "That's a threat that no longer really exists."

Defense and foreign ministers from the 28-nation military alliance gathered last month in Brussels to discuss its new 10-year strategy, designed to replace the last one agreed upon in 1999, and to usher in a new era for the organization.

The new strategic concept, expected to be approved in Lisbon later this week, may include measures to protect against cyberterrorism and chemical weapons - threats that were not nearly as prevalent a decade ago.

"It just means we will have different types of troops," Freudenstein said. "They must be equipped with modern communication devices. They must be light. They must be easily transferable. And it must be a professional army."

A key element expected to be added to NATO's strategy at Lisbon is a nuclear-missile shield to protect Europe and North America from attack.

"I would expect the summit to make a decision on missile defense, which would be a very visible demonstration of our preparedness to improve our capabilities even during a period of economic austerity," NATO Secretary General Anders Fogh Rasmussen said at last month's NATO meeting. 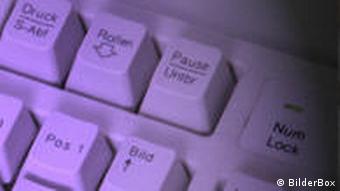 Last week he reiterated his demand for a full withdrawal of all nuclear weapons stored in Germany.

"We continue to support the goal of withdrawal," Westerwelle said during a parliamentary debate in Berlin. The foreign minister said disarmament would be a key issue in Lisbon.

But Germany appears to be standing alone with its desire to link missile defense and nuclear disarmament. France maintains that nuclear deterrence is still necessary in the 21st century, and US Secretary of Defense Robert Gates also expressed doubt last month that giving it up was a viable option.

"I didn't hear anything about linkage in terms of missile defense and nuclear reductions," he said after last month's NATO meeting of foreign and defense ministers in Brussels.

So far it seems that the idea of a world free of nuclear weapons, like the one US President Barack Obama once described, is bound to remain an elusive goal with little direct impact on the new NATO strategy.

NATO leaders meet in Lisbon from Nov. 19-20 for a summit to discuss the new challenges facing the alliance, including cyber warfare, the fluid nature of the conflict in Afghanistan, and possible missile-defense systems. (18.11.2010)

German Foreign Minister Guido Westerwelle, speaking during a parliamentary debate, has again called on the country’s NATO allies to remove their stockpiles of nuclear weapons from German soil. (11.11.2010)

With the US and NATO searching for answers to the myriad problems in Afghanistan, a cautious shift in Russia's thinking may lead to Moscow offering much-needed logistical and strategic support to the faltering mission. (06.11.2010)