Natnael Berhane of Eritrea is the only black African rider in the Tour de France. He spoke to DW about why African riders have more obstacles to overcome – and how he hopes to inspire young Africans to pursue the sport. 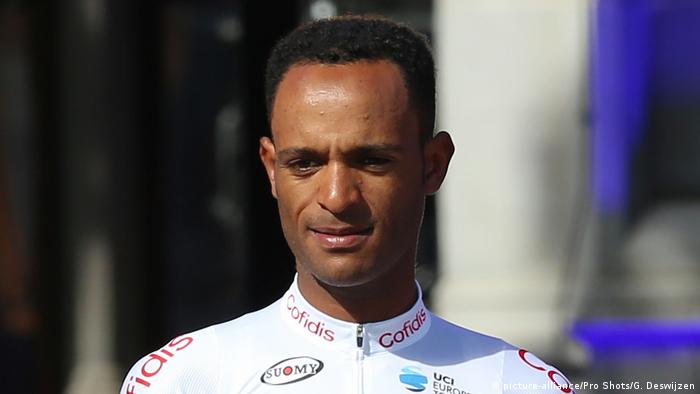 DW: Is being in the Tour de France the end of a long journey for you – or could it be just the beginning?

Natnael Berhane: This is my second Tour de France, and I want to come back for more in the next few years. But first of all I want to produce some good results in this year's edition. My dream is text to get a stage win.

What would a stage win mean to you?

Obviously it would change my life. But of course it's hard to win a stage at the Tour de France. So if you do manage to win one, it's a big deal. A victory for me would also be a great inspiration for all African riders. I would like to motivate more talented Africans to take up cycling, and a stage win could help pave the way for other African riders to turn professional.

What has the support been like in your own country?

When I raced in the national championship in Eritrea the support was great. When they heard that I had been selected for the Tour de France everyone went crazy. That was very motivating. I was also surprised by how hard the other Eritrean riders raced and how good they were. I hope that some of them will also have the chance to come to Europe. I'm 100 percent sure that these talents would develop better if they could also come to Europe and join the pro peloton. 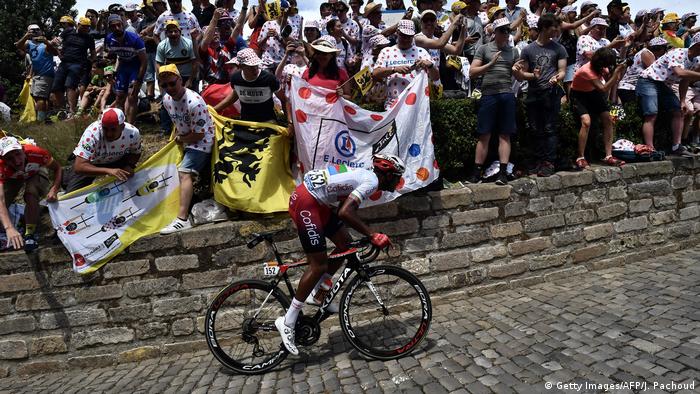 Good results. All professional cyclists work hard, but if you actually achieve something, this motivates you even more. For me, winning the national championship and making it to the Tour de France gave me an extra boost. And two months ago my son was born. This was another motivation. It's very good to have a child in my life.

How did you get into cycling?

I started learning to ride a bike when I was four or five years old. When I got older I started mountain biking and rode more regulary. In 2005 I entered in first competitions on the mountain bike. At the end of 2006 I swept to the road bike.

Who supported you at the time?

When I began my parents didn't like it, especially my mother. When I started racing I didn't tell my parents about it. I won some medals but my parents didn't know about it. At the end of 2005 I was at the top of the regional mountainbike championship. So I said to my parents: "I can win the championship, I need your support next Sunday." My mother was angry with me and told me that I shouldn't race again. But fortunately, the rest of my family managed to change her mind. My father got on board with the idea, and I won the championship. After this my father supported my and bought me a road bike. My mother was mad at him as she didn't wanted me to race because she was worried that I might crash. She was  also afraid that I could leave school because of cycling. 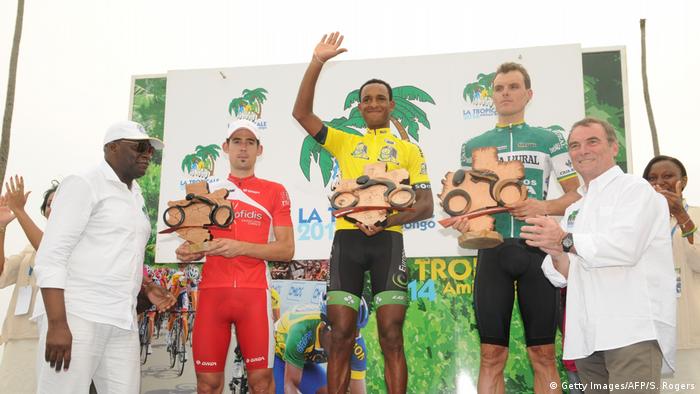 I was spending a lot of time thinking about cycling (laughs). In the end my mother supported me a lot. Now she even comes to see me race. When I race in Eritrea she always comes out and supports me.

How did you make your way to Europe?

I came here in 2011 after racing in Eritrea, Ruanda and Gabon. It started with the World Cycling Centre in in Aigle, [operated by the International Cycling Union]. Everything was completely different. I saw snow for the first time in my life. I asked myself: "Whats going on here?" (laughs). My first training ride in Europe was in the rain, that was incredible for me at the time. I was lucky enough to spend two years there before turning professional.

Did you face more obstacles than the European cyclists?

Yes, I think so. They raced and then they went home. But for me it was different. I stayed here for several months before going back home, because it was so far away. But not just we African riders struggle with this, it's the same for American or Australian riders. 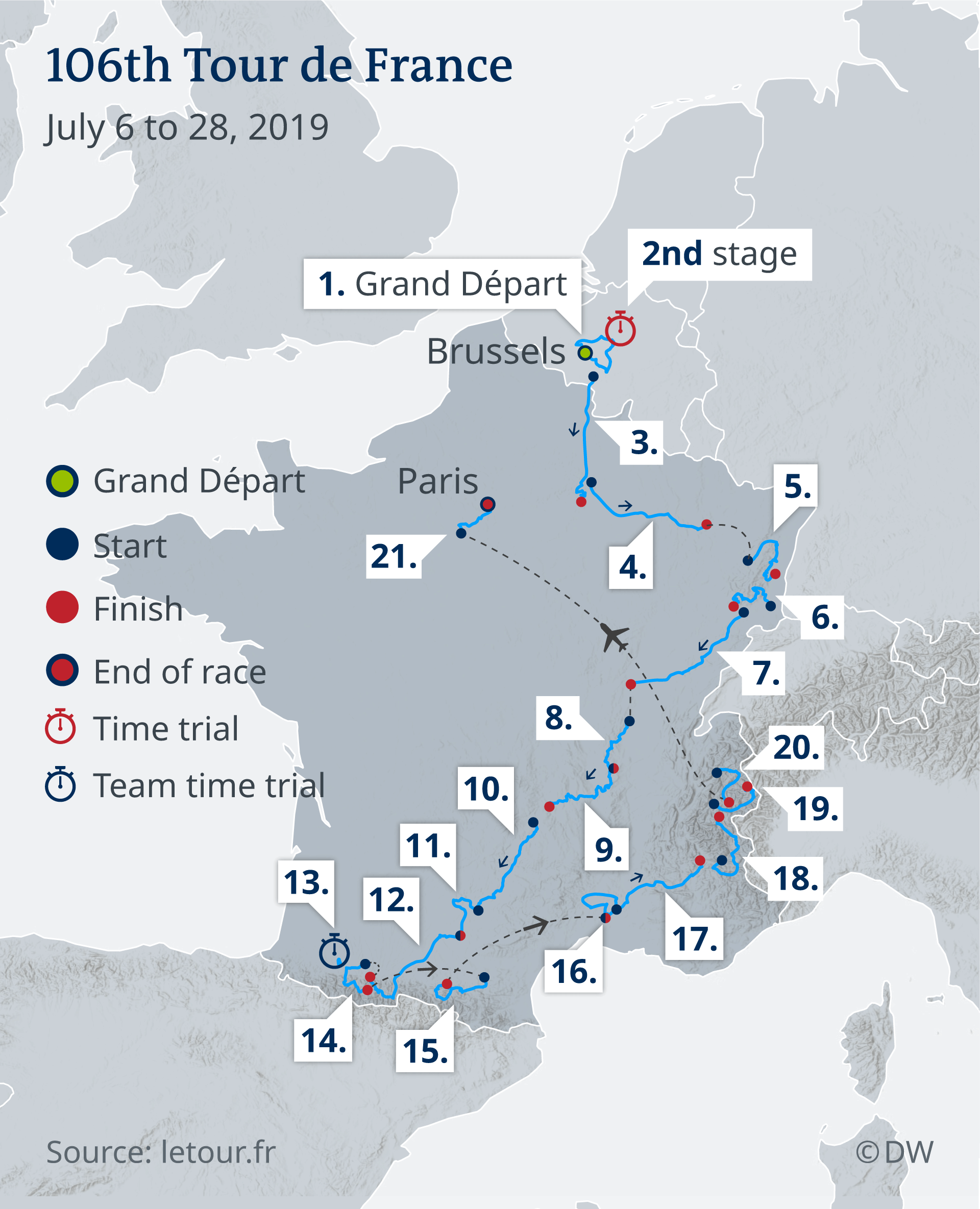 African cycling seems to have been improving over the past few years. But now there are only three of you at the Tour de France. What's gone wrong?

Africa's Team Dimension Data usually brought several riders, at least four riders. Not just here but to other races too. We were racing at a high level, but now their strategy has changed. I think they should give opportunities to African riders, give them the chance to shine. This year they only brought one, Reinardt Janse van Rensburg. As far as I'm concerned, there should be more riders from our continent on Africa's team.

When will we see the first African Tour de France winner?

I think in a few years' time. Egan Bernal is an inspiration. He comes from Colombia and has an incredible power. He can win it. And maybe in a few years somebody like him from Africa can win it too.

Natnael Berhane, 28, is an Eritrean professional cyclist, who is competing in this year's Tour de France for the French team Cofidis. He has won numerous titles including the road races at the African Road Championships in 2011 and 2013. He is the current Eritrean road race champion.

The interview was conducted by Joscha Weber.

He speaks softly and isn't one to seek the limelight. But after strong performances for Bora-Hansgrohe, Emanuel Buchmann is set to captain the team for the Tour de France – and push for a top-10 finish. (05.07.2019)