National Book Awards bring US literature to the masses

Now in its 68th year, the National Book Awards is a celebration of American literature recognizing some of the most talented writers in the US. The books of the 2017 award winners speak volumes about the country. 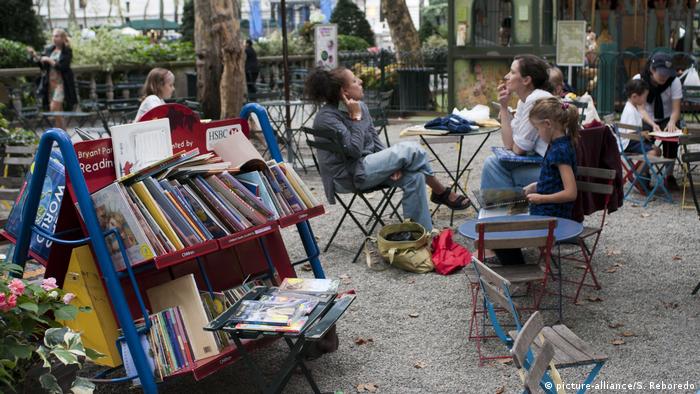 A quick glance at recent US best-seller lists reveals the mixed tastes that Americans have in books.

There are familiar names, writers who have appeared repeatedly over the years, like John Grisham and Dan Brown. Their formulaic thrillers appear alongside books for middle-grade readers — "The Dork Diaries" by Rachel Renée Russell, for example — as well as those written by people like Hillary Clinton, who are more famous for other things.

These best-seller lists show that the pastime of reading books is alive and well in America.

And that includes all kinds of literature: two books of poems by Canadian writer Rupi Kaur occupy the top slots on the paperback fiction list, the second on the list for more than 80 weeks.

Still, these books don't necessarily offer the best insight into the state of publishing in the US.

After all, with more than 304,000 titles published annually — over three times the number published in Germany — the country is second only to China for the highest numbers of books put out each year.

A top 10 list can in no way be representative of the diversity found in American writing today. 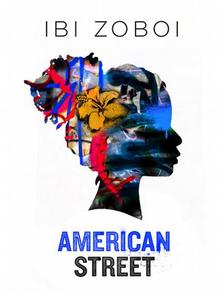 Nominated in the young people's literature category, Zoboi writes about her experience as a young Haitian immigrant

'There is no one true American voice'

And diverse it is, if nominations for the National Book Awards are any indication.

In 2017, the books short-listed for the award in four categories — fiction, nonfiction, poetry and young people's literature — couldn't have been more different.

From Masha Gessen's writing on totalitarianism in Russia — which took home the nonfiction award on Wednesday — to David Grann's reporting on the 19th century murders of Osage Indians in Oklahoma oil fields, the subjects of these books are as wildly different as their authors.

So, too, are the styles and genres which the writers have chosen to tell their stories.

Carmen Maria Machado's collection of short stories, "Her Body and Other Parties," is an eclectic mixture of realism and science fiction, whereas fiction winner Jesmyn Ward's "Sing, Unburied, Sing," reads as an epic family saga.

- The truth will out: the Pulitzer Prize in the Trump era

"When you look at all these stories, they don't really compare to each other," Lisa Lucas, executive director of the National Book Foundation, which oversees the awards, told DW ahead of the awards ceremony in New York.

"The thing about America is that it's full of so many different stories. There is no one true American voice. There are many voices, broad and full of many perspectives."

That breadth may explain why the National Book Awards carry such an outsized influence in the US literary scene. "We may not have the biggest name, but we have a large emotional footprint," said Lucas.

Though the National Book Awards (NBA) don't carry the same weight (nor a similarly sized purse) as the Man Booker or the Pulitzer, the prize has maintained a prestigious reputation since its inception in 1950. The names of award winners read like a university syllabus of canonical American literature: Saul Bellow, Ralph Ellison and Rachel Carson are some of the award's earliest recipients. 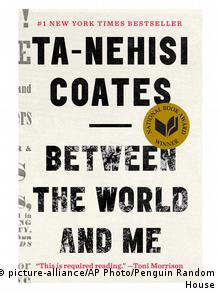 Recent award winners include a number of the biggest names in books at the moment. Ta-Nehisi Coates took home the award for his book, "Between the World and Me," in 2015, the same year he was recognized with a "genius" grant from the MacArthur Foundation, an honor shared by 2017 fiction nominee Jesmyn Ward. Last year's fiction winner, "The Underground Railroad" by Colson Whitehead also took home the Pulitzer Prize and the Andrew Carnegie Medal for Excellence.

These accolades aren't listed to suggest that these awards influence each other with their selections. Although the National Book Foundation, a small nonprofit whose 19-member board is comprised of executives in the publishing industry, agents and other culture players, has overseen the award since 1986, they play no role in determining either the long list or the winners.

For a book to be eligible for the NBA, it has to be published between December 1 of the previous year and November 30 and submitted by the publisher for consideration. This year, there were 1,529 submissions, 553 of which were in the nonfiction category alone. Once submitted, the books are distributed to the judges, who are chosen anew each year.

The panel of five judges for each of the four awards is chosen with an eye to stylistic variety, as well as their own background. Often, those judges are themselves writers and previous award recipients, though they may also be booksellers or librarians. This year, the judges included Dave Eggers, Jacqueline Woodson and Alexander Chee for fiction. 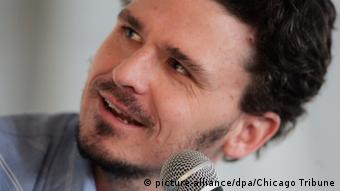 While its reputation and the name factor has helped to increase the National Book Foundation's visibility, ultimately the nonprofit exists to bring American literature to the masses. They do that through a variety of year-round programs, including the 5 Under 35, which handpicks five up-and-coming young writers to feature.

The foundation also send writers to college classrooms around the country as part of an outreach program. The BookUp program for middle-school students has authors with teaching experience work with preteens in select cities to help them foster a love of reading. Last year, it donated 30,000 books to students in impoverished areas around the country.

Lucas, who took over as executive director in 2016, spent much of the last year traveling the nation in support of the NBF's programs.

"What we aim to do — and the awards are one of the best vehicles we have for doing this — is to entice people to want to read literature. To widen its audience, enhance the cultural value of writing. And that means not assuming that there is one specific type of reader," said Lucas.

"Our potential audience is everywhere."