Margaret Atwood is one of the most influential authors of our time. The German Booksellers' Peace Prize, awarded at the Frankfurt Book Fair, recognizes the Canadian writer's strong voice against repression. 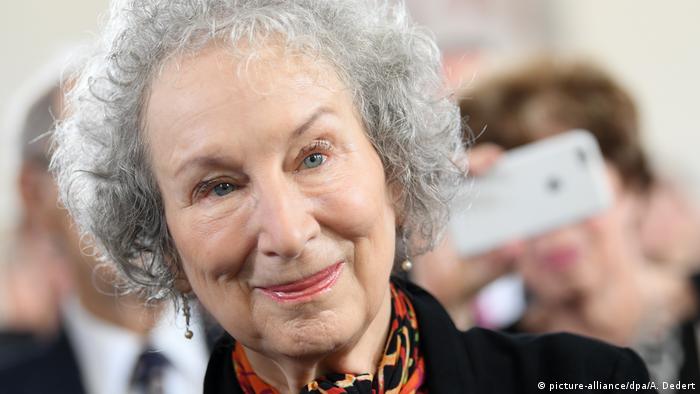 One of the most prominent contemporary storytellers, Margaret Atwood was on hand to receive the German Booksellers' Peace Prize at the Frankfurt Book Fair on Sunday.

"I am excited that people can relate to my characters and that they have had such an impact," said Atwood earlier this month.

Her best-known novel, "The Handmaid's Tale," originally published in 1985, has recently been made into a television series and earned renewed relevance. Her literary figures have become something of protest symbols against the US President and members of Congress. The book has returned to the bestseller list and the TV series was awarded five Emmys, the highest prize for television in the US.

Read more: Anyone who writes a book is an optimist, says author Margaret Atwood 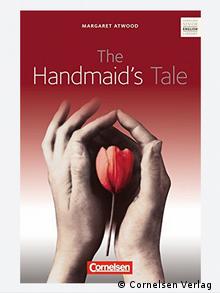 'The Handmaid's Tale' has felt increasing relevant 30 years on

In this respect, the prize and its recipient fit well together. The famous author will be honored with the highly regarded German Booksellers' Peace Prize, one of the most political literary honors. The 77-year-old is being honored for her talent and ability to recognize dangerous undercurrents in society.

"Humanity, justice and tolerance shape Margaret Atwood's approach to the world," the German Book Trade board of trustees, which adjudicated on the award, said in a statement released in June. "By closely observing human contradictions, she shows how easily supposed normality can turn into inhumanity."

She has been a public figure throughout her career spanning decades, not shying away from political commentary and taking a stand for persecuted writers. She is likewise quite engaged in environmental and human rights issues.

Of the previous recipients of the prize, Atwood, with more than 40 publications, is by far the most prolific and successful. Her novels, essays, short stories and poems have been published in 30 languages. She sketches society in dark colors and is known as a master of dystopia. Yet her pessimism about the future always has a  humorous, lightly ironic component. 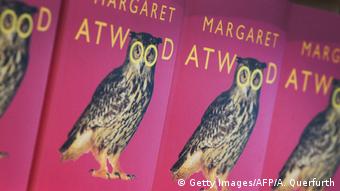 Literary visions of the future with feminist undertones

Margaret Atwood was born in 1939 in the Canadian city of Ottawa, in the province of Ontario. She spent her childhood in Ontario and Quebec and studied English literature. Writing her master's thesis at Radcliffe College, the women's college at Harvard, she began teaching literature at various universities across the US beginning in 1964.

She is married to the novelist Graeme Gibson, has a daughter and currently calls Toronto home.

Atwood has received numerous awards and honors, including the Canadian Governor General's Award, the UK's Booker Prize and most recently the American National Book Critics Circle's accolade for her life's work.

Already in her first novel, "The Edible Woman," Atwood addressed the topic of women's suppression. Her feminist nature was translated into literary women figures who have had to struggle with both collective and individual misfortunes.

In her best-known novel, "The Handmaid's Tale," women are living in a repressive surveillance state, abused as breeding machines. The events take place in the near future, after a totalitarian group of religious men has taken over power in the US. Atwood was in West Berlin when she wrote the book in 1984. Volker Schlöndorff had already adapted its storyline for the silver screen in 1990, under the title "The Servant's History." 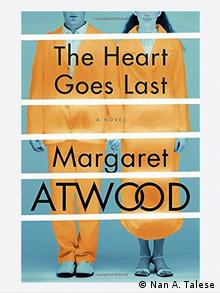 One of Atwood's most recent books

Her end-of-days trilogy, "Oryx and Crake," "The Year of the Flood," and "MaddAddam," shows a post-apocalyptic world.

One of the most positive female characters that Atwood created, her literary alter ego, appears in "Moral Disorder," a collection of stories.

In 2008, she published an essay titled "Payback," which looked at the global financial crisis.

Her repertoire likewise includes super hero stories for young readers, such as the illustrated novel "Angel Catbird," which takes up her love of ornithology.

She has likewise written a manuscript for a century from now: "Scribbler Moon" was donated to the Norwegian Future Library Project, which will publish the book in 2114.

The previous winner of the Peace Prize, Caroline Emke, received the award for her work in different magazines and newspapers, fighting hate and violence. Navid Kermani was honored in 2015 for promoting "respect for cultures and religions."

German theater directors are calling for the release of detained Russian director Kirill Serebrennikov, who's been charged with embezzlement. Actress Cate Blanchett and filmmaker Volker Schlöndorff are among the signees. (28.08.2017)