Narendra Modi swept into office on pledges of reviving a foundering economy. But analysts give the Indian PM mixed marks for his economic policies during his first 100 days in office. DW examines. 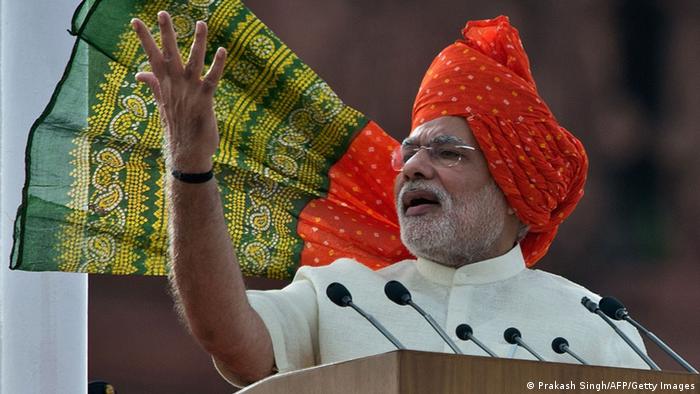 "When I became prime minister, there were high expectations. Not just high expectations, but people expected speed in decisions," Modi said on September 1 during a five-day trip to Japan."I give you the assurance that what we have done in the past 100 days, the results will be seen very quickly."

Expectations for the Indian PM are indeed high. After presiding over 12 years of strong economic growth as chief minister of the western Indian state of Gujarat, Modi and his Hindu-nationalist Bharatiya Janata Party (BJP) swept to power with a strong mandate in the April-May elections on promises to transform India's troubled economy and replicate the politician's record of economic success on the national stage.

But has the PM been able to lay the foundations for strong economic growth during his first 100 days in office? Analysts give the PM mixed marks.

Milan Vaishnav, expert in political economy at the Carnegie Endowment for International Peace, says that Modi's performance so far needs to be divided into two distinct components: improving the quality of governance and administration at the national level, and pursuing smarter economic policies. "In his first 100 days, Modi made headway on the former but disappointed on the latter," he told DW.

In terms of administration, the analyst points out that Modi has reduced the number of layers in decision-making at the center, dissolved several cabinet committees with dubious or overlapping mandates, cracked the whip on the New Delhi bureaucracy and spoken out about his willingness to curb venality in government. 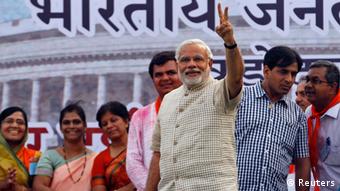 The Indian leader has also made strong anti-corruption statements during recent weeks indicating that his government will give a high priority to fighting graft. As a result, there have been local reports signaling a change of attitude among government officials who seem to take their jobs and responsibilities more seriously, spurred on in part by late night calls from the prime minister's office.

The Modi-led government even recently announced that the council of ministers would be judged and be given grades, according to their performance. "These steps alone will have a positive impact on the economic situation," said Vaishnav.

However, as the expert points out, while administrative tinkering may boost short-term growth and provide greater certainty to investors, it does not change the fundamentals: "In order to regain the high growth rates experienced in the mid-2000s on a sustained basis, there is no escaping major policy reform," Vaishnav explained.

But the new government has not yet introduced major transformational economic reforms during its first 100 days, leading analysts to speak of a "lackluster start." According to Mark Williams and Daniel Martin from the UK-based economic research consultancy Capital Economics, hopes that Modi would make a concerted early push on economic policy reform have not been fulfilled. "Of greater concern, the new government has given no sign that it is prepared to use its strong electoral mandate to push through controversial but necessary reforms," said the experts in an August 25 report.

As Indian PM Narendra Modi marks his first 100 days in office, analyst Milan Vaishnav tells DW that while the premier has improved the quality of governance, he has yet to pursue major economic policy reforms. (02.09.2014)

So far Indian PM Modi has won plaudits for a more assertive style of leadership, but has failed to deliver the substantial changes he promised, writes DW's Grahame Lucas. (02.09.2014)

PM Narendra Modi recently announced a financial inclusion scheme, which aims to provide banking access for all Indian citizens. Experts say the initiative faces some challenges but will help the country's economy. (01.09.2014)

For many years, successive Indian governments were unable to pursue major reforms because they did not have a parliamentary majority and were thus forced to work with coalition partners who blocked many key proposals. As a result, the general public and businesses were very dissatisfied with the weak economic performance during the last years of the previous Congress-led administration. As the BJP won an overall majority in India's parliament, there were widespread expectations that the incoming government would seize the opportunity to implement some major reforms.

But while the BJP's first national budget - presented on July 10 - promised a return to faster economic growth, an expansion of foreign investment in key industries, and fiscal discipline, analysts are of the view that it not only failed to outline the steps the government would take to meet these objectives, but also lacked major reforms and consisted mainly of many smaller measures.

"The opportunity to make bold reforms such as cutting corporate tax or reducing key subsidies was passed up," Rajiv Biswas, Asia-Pacific Chief Economist at the analytics firm IHS, told DW. "Notably the government failed to withdraw a retrospective corporate tax rule that had been heavily criticized by foreign multinationals and even by the BJP when they were in opposition, showing a rather timid approach to implementing reforms," the expert added.

But there have been positive aspects as well. Modi's landslide electoral victory in itself has led to an upturn in confidence and spurred business activity. "Auto sales and manufacturing production more broadly have picked up, showing modest positive growth during the last three months after showing zero growth for the last financial year," said Biswas.

This development has also been reflected in the country's economic growth for the April-June 2014 quarter, which showed that GDP had rebounded to 5.7 percent, the fastest growth pace since the first quarter of 2012, according to official estimates. 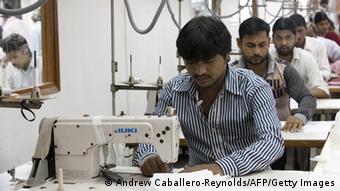 Another positive step was Modi's pledge to roll out bank accounts to every Indian household. One of the aims of the scheme is to assist in ensuring that welfare payments can be made directly to each household to reduce scope for corruption. He plans to have at least 75 million such new accounts set up by January 2015.

Furthermore, Modi's election victory was hailed by many foreign investors in the hope that it would lead to the formation of a more open, business-friendly and reform-oriented government in Asia's third largest economy. However, no concrete measures in the way of liberalizing the labor and product markets and streamlining tax systems that could see the emergence of a more dynamic Indian economy have been announced so far.

While Modi is still being given "considerable latitude" by the Indian electorate and global investors as he is still in his political honeymoon period as the newly elected PM, this popularity could fade soon unless he can start to show tangible results, economist Biswas said.

On the international stage, analysts are of the view that PM Modi has projected a strong leadership image abroad, portraying India as a nation that is keen to build up economic ties with other major powers worldwide, and to attract foreign investment. With a large population of 1.2 billion people and a fast-growing middle class, India is seen as an important strategic market by many investors and multinationals worldwide. "Global leaders are, therefore, keen to meet Modi and build up economic ties with India," Biswas underlined.

Modi's visit to Japan is a testament of this new development. After holding summit level talks with his Japanese counterpart Shinzo Abe, the Indian PM declared that Tokyo promised around 33.5 billion USD in the form of investments and development loans to India over the next five years. The Indian PM is also scheduled to meet Chinese President Xi Jinping and US President Barack Obama in the coming weeks. 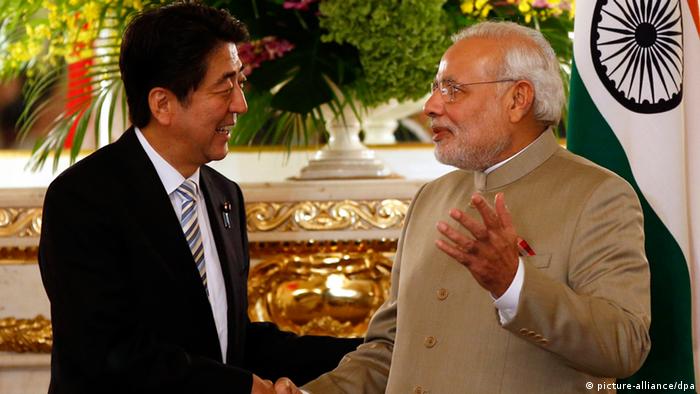 Modi has presented India as a nation that is keen to build up economic ties with other major powers worldwide, say analysts

However, foreign governments and investors' initial enthusiasm recently took a blow when the BJP-led administration vetoed the Trade Facilitation Agreement (TFA), which was painstakingly negotiated by all member-states of the World Trade Organization (WTO). The deal was aimed at streamlining and simplifying global commerce by setting up common customs standards and reducing trade barriers. "The government's tactics left it isolated and could damage future trade deals," Vaishnav pointed out.

Going forward, analysts agree that Modi has to move beyond piecemeal initiatives and outline a broader vision of policy reform given the challenges ahead. For instance, the government's leeway to boost economic growth is already limited due to the high fiscal deficit and the Indian central bank is confronting stubbornly high inflationary pressures, which limit scope for easing monetary policy. Another key challenge is to reform the energy sector to address India's tremendous power shortages, with 300 million Indians still without access to electricity. 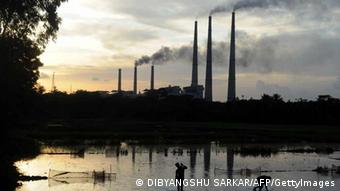 On August 15, Modi spoke with clarity and conviction during his Independence Day address on very sensitive social issues, but Vaishnav stresses the Indian leader needs to harness these same skills when it comes to the economy.

"Dithering on reforms or pursuing them by stealth are both unsatisfying strategies. Modi has succeeded in breathing new life into government; this is no small accomplishment. But he is still wrestling with exactly to channel this newfound dynamism," he said.

Biswas shares a similar view. He argues that while Modi is still being given considerable latitude by the Indian electorate and global investors, his popularity could fade soon unless he can start to show tangible results through more rapid economic growth and accelerated development of major infrastructure projects.

"Modi needs to implement some major economic reforms, such as reducing the corporate tax rate and introducing the long-awaited goods and services tax, as well as attracting some major new investment projects from foreign investors," said the analyst.