A year after pulling out of the French Open citing her battle with depression, tennis superstar Naomi Osaka has returned. Back at the Grand Slam in Paris, the former world No. 1 is facing her fears in more ways than one. 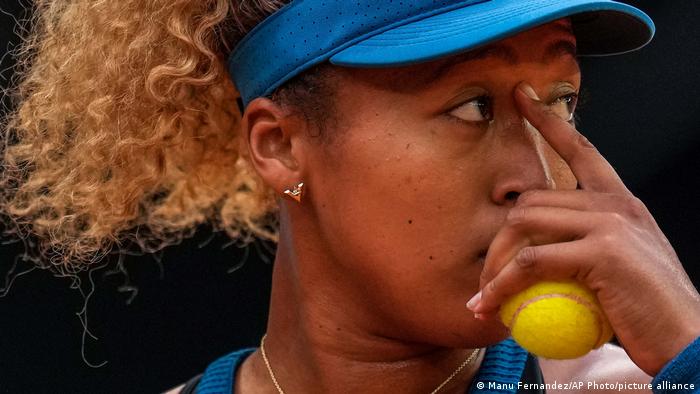 "I feel like I'm a stand-up comedian and I'm trying to figure out what's OK and what's not OK," Naomi Osaka said toward the end of a special press conference at Roland Garros on Friday. It was her first public appearance at the French Open, a year after she abruptly left Paris during the last tournament.

The 24-year-old Japanese superstar, who has already won four Grand Slam tournaments and, due also in part to her multicultural background, quickly became the world's highest-earning female sports star, can't be herself.

An entertainer on the world's biggest tennis courts, she competes against the world's best players all while coping with the expectations of the media, an ever-changing audience and countless sponsors. All tasks Osaka manages on top of mental health problems.

For the past year, the world has known that Osaka lives with depression. In a final statement before withdrawing from the French Open shortly after the start of the 2021 tournament, she explained that she had already had "long bouts of depression" since the 2018 US Open. Just days earlier, she had triggered worldwide discussions with a self-imposed media boycott.

Osaka: 'Everyone is going through the same thing'

Osaka received a lot of criticism, which only diminished the strength it took to speak publicly. Then the narrative turned.

She was the first world athlete to admit to the illness in such a public way. US Olympic gymnastics champion Simone Biles and tennis teammate Bianca Andreescu followed Osaka's example of openly talking about their own battles with depression. Andreescu recently confessed in Stuttgart that the path Osaka took helped her decide to take time off.

Osaka, an introverted person who prefers to be out of the public eye, is a pioneer in removing the taboos surrounding depression. She knows that, but is still self-critical about how they came to light. "I didn't like how I handled the situation," she said of her French Open exit last year. 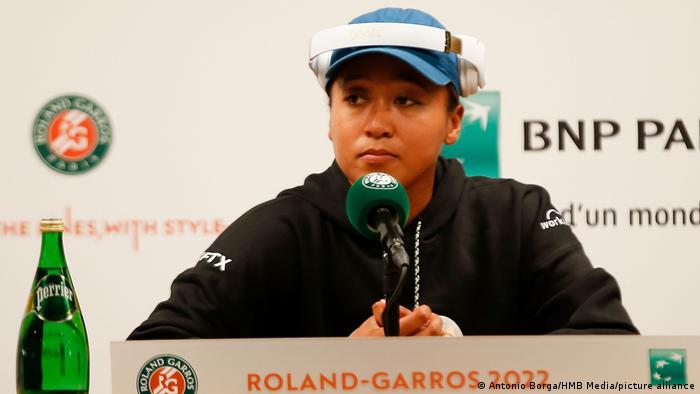 Asked by DW how she felt about athletes like Andreescu and Biles following her example, Osaka said: "I wouldn't say it's a good feeling, just because I know that they are probably suffering — or maybe 'suffering' is too harsh of a word — but they are also going through things."

However, she felt it was very interesting that during last year's Summer Olympics in Tokyo, athletes in the Olympic Village came up to her and said thanks.

"I think athletes kind of all go through the same thing," she said. "It's just like people don't really talk about it."

Being a trailblazer doesn't protect against fears, though, and she confessed that she was nervous before the press conference as she "knew" she'd be faced with questions on the topic.

For sports psychologist Moritz Anderten of the German Sports University in Cologne, those nerves are completely normal.

"Returning to a place where traumatic events happened and, in the case of Naomi Osaka, a kind of self-revelation took place, are a kind of flashback and of course are stressful," explained Anderten, who works with Bundesliga side FC Cologne and wrote a sports psychology concept for the German Tennis Federation in 2019. "It reactivates areas in the brain that remember the trauma."

With tennis players returning to the same locations year after year as part of a relatively fixed calendar, Anderten said it can be difficult to completely prevent issues from arising, despite professional treatment. 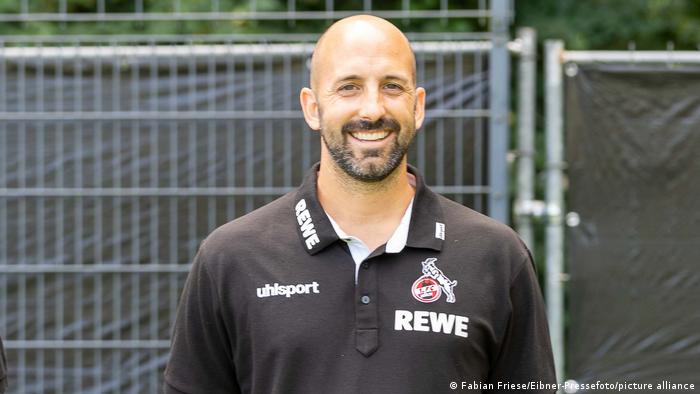 Osaka herself had already announced last year that she was working with a therapist due to her illness. Making that public was another contribution she made to raise awareness on the tennis tour.

"After last year's French Open, the next Slam I played was the US Open and they have these little retreats in the players' lounge," she said. Additional lockable rooms were also available for players away from the cameras at the US Open, and now in Paris, for the first time, players will have their own mental wellness area. "It's cool that they are incorporating things like this," said Osaka.

Anderten also welcomes the tournaments' general willingness to provide athletes with places to retreat, but still questions the concept.

"Just having rooms that you can lock yourself in only helps to a limited extent," said the sports psychologist. "If you provide additional contact persons, they must have had very good training."

Enormous expectations for Osaka, others

For Anderten, the relationship and trust between psychologist and athlete is key.

Sports superstars, as Osaka pointed out, are indeed like actors, comedians or other public celebrities who have an audience to satisfy. And given the constant demands of that audience ('Show me good tennis, show me your personality, entertain me, make me happy'), contact with strangers in these retreats could actually be counterproductive.

"Whether they actually want to be that is a whole other question," said Anderten, who questions the expectations placed on young athletes and cites US Open winner Emma Raducanu, 19, and Carlos Alcaraz, also 19, who is considered a top favorite after his recent breakthrough in Paris, as examples.

"If you can't keep up mentally with rapid athletic development steps, the drop-off point after early successes is immense," he said.

Fortunately for them, the lessons learned by Naomi Osaka might help them better cope with the expectations.

This article was translated from German by James Thorogood