Naomi Osaka a victim of broken relationship between athletes and media

Naomi Osaka's withdrawal from the French Open not only highlights the strains on professional athletes' mental health, but also a relationship between elite sport and the media which is no longer fit for purpose. 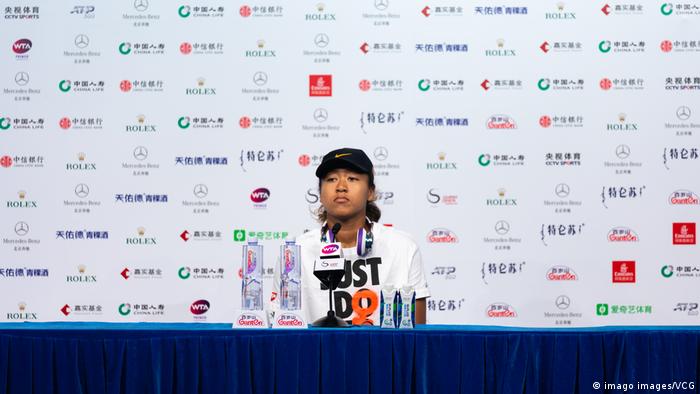 Osaka announced her intention not to attend press conferences at Roland Garros.

Japanese tennis star Naomi Osaka announced her withdrawal from the French Open on Monday evening after being fined $15,000 (€12,270) for refusing to take part in a press conference after her first round victory on Sunday.

The four-time Grand Slam champion had already announced last week that she would be opting out of her media obligations at the tournament, citing depression and the strain that such events put on her mental health.

But her decision has also highlighted a difficult, out-of-date and conflicted relationship between elite athletes and the sports media that no longer seems to benefit anybody.

With the growth of major sporting competitions into global entertainment events, the interest in and demands of the protagonists has increased, too. It's no longer enough for professional athletes to simply turn up and do their job, they're also expected to contribute to the product by adding their own personal dramas and narratives.

Partly as a result of this media pressure, but equally as a result of the desire by organizers and athletes themselves to protect and promote their own brands, communication increasingly takes place through the medium of teams of agents, representatives and press officers.

This might help reduce the inane, nonsporting and sometimes outright inappropriate questions by reporters interested only in the sensational, but it also means that serious journalists are restricted in what they can ask, too. 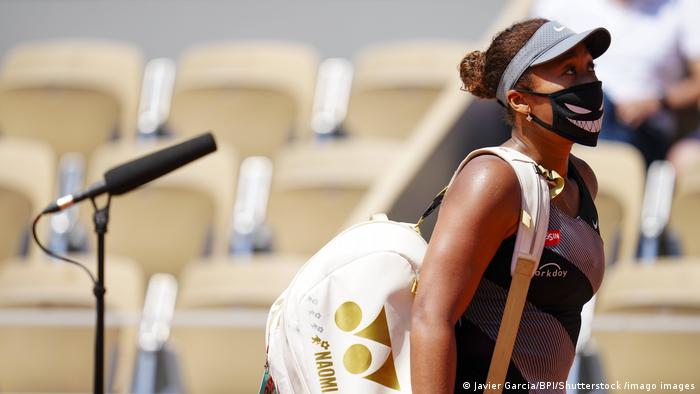 Osaka was hit with a $15,000 fine and warned she would be expelled from the French Open

Or, in Germany recently, when Cologne footballer Jonas Hector snapped at a TV reporter who, immediately after a serious defeat, asked him: "How empty do you feel right now?"

"Always these s*** questions!" he responded.

"That's just your job: to ask stupid questions," said Hector. "And you do it very well."

Indeed, it was a stupid question. But given that, in such situations, the player's press officer is stood just out of shot making sure that the questions aren't too intrusive or that the player doesn't utter any more than the standard, media-trained responses, it's not easy for journalists either.

Because when else would the reporter get a chance to speak to the athlete one-on-one? "Exclusive interviews" are increasingly granted as part of marketing campaigns, a quick chat — under the watchful eye of a press officer — related to the advertising of a product or the promotion of some sort of campaign. The situation is unsatisfactory for all involved.

It's the great paradox of modern sports journalism that, while social media has appeared to make professional athletes more accessible than ever, they're actually often more distant than ever.

For every positive and genuine example of direct human interaction between athletes, fans and media on social media, there is also a flood of sponsored marketing material tweeted by players' PR teams — not to mention the barrage of abuse suffered by nonwhite, nonmale and nonstraight athletes whenever they underperform or are considered to have spoken out of line.

At least media-shy players in team sports can sink into the background and hide behind their more outspoken teammates if they really want to, but it's no wonder that individual athletes such as Osaka inevitably begin to feel the strain. The key line of argument in Osaka's statement was the impact on her mental well-being. She referenced anxiety and depression and her need to "exercise self-care". In admitting her own fragility, she's revealed a strength of character that has made her a serial winner on the court. The impact of relentless press engagements before, after and sometimes even during sporting events clearly has the potential to take its mental toll on athletes.

In football, Liverpool coach Jürgen Klopp is among those to have remarked on the grueling nature of media commitments for football coaches. It's become accepted practice that a coach's media responsibilities include a press conference, an interview with Club Media and further interviews with at least two TV rightsholders. And that's before the game has even started. Assuming there's no quick halftime interview — as is sometimes the case — the coach has to repeat that process after the game, reiterating largely the same inane answers.

"I've often felt that people have no regard for athletes' mental health and this rings true whenever I see a press conference or partake in one," Osaka wrote in a statement.

It's clearly too much, and, at the very least, Roland Garros could have shown empathy with their reaction to Osaka's struggles and offered her support and the opportunity to discuss it with her. Instead, the tournament hit her with a $15,000 fine and threatened her with expulsion from the tournament.

While Osaka has faced criticism for the way she announced it — and she has accepted that she could have done things better — Roland Garros' flagrant disregard for the mental well-being of one of its biggest stars is clearly not a good look. Trying to engage with the issue would have demonstrated that sports is more than just a relentless commercial machine where athletes' well-being is barely considered. 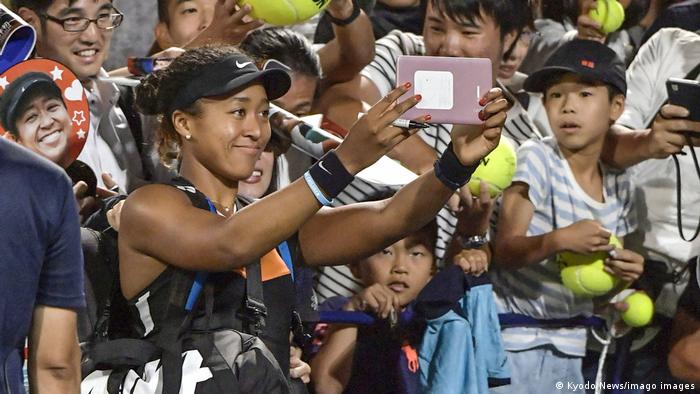 There are a variety of ways that athletes can reach fans

In the era of Twitter, Instagram and Snapchat, et al., press conferences may have had their day. Athletes don't need the press like they used to, and, if the press asks questions that make athletes feel uncomfortable, they simply don't have to answer it or a press officer will be on hand to block the question. While this is to the detriment of good journalism, it's a reality that journalists need to accept.

The French Open organizers could let Osaka and any other player who desires to engage with fans on their own terms directly through these social media channels. An obligatory but less intrusive media commitment that still gives tournament organisers the content they want, but in a more relaxed atmosphere. Athletes are likely to provide more genuine insights and responses in this kind of environment.

Though players are contractually obliged to speak to the press at designated times throughout a competition, organizers of global events such as the French Open should also have a duty of care to the athletes. Osaka has merely put the spotlight on a broken system.