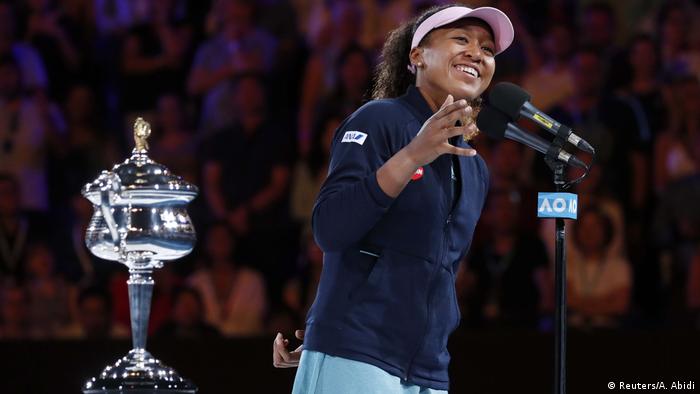 With a two sets to one victory against Czech Petra Kvitova on Saturday, Japanese Naomi Osaka snatched her first-ever victory at the Australian Open in a tense battle of wills.

Osaka served first in Melbourne and managed to claim the first set after a winning the tiebreaker 7-6 (7-2). She appeared on track to a quick victory in the second set of the match, with the Czech making costly mistakes around the midpoint and handing Osaka a 5-3 lead. However, Kvitova then managed to stave off three championship points and eventually won the set 7-5. In the deciding set, Osaka regained her composure and clinched victory by snatching six games to Kvitova's four.

"I felt like I was in a state of shock through the entire trophy presentation," Osaka told reporters. 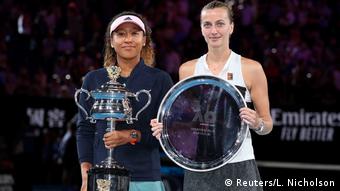 Osaka (L) claims a reward of over around 3 million US dollars with Kvitova's reward totaling some $1.5 million

The win means Osaka will claim her first-ever WTA top standing when the next rankings are released.

Osaka holds both Japanese and US citizenship, and has lived in the US since the age of three. She has often described the tennis legend Williams as her idol.

For the 28-year-old Czech Kvitova, the Saturday match was her first Grand Slam final since a traumatizing attack in 2016, when a burglar entered her home in the Czech Republic and sliced her playing hand, causing permanent nerve damage.

"I wanted to win and have the trophy. But I think I already won two years ago," Kvitova said after the match, referring to her recovery.

Neither of the two players had won the Melbourne title or snatched the top spot of the WTA rankings before. The top spot was up for grabs after the current number one, Romania's Simona Halep, was eliminated in the fourth round of the Australian tournament.