Naomi Osaka: Netflix, nationalism and marketing at the Tokyo Olympics

A month has passed since Naomi Osaka withdrew from the public eye, citing depression. The 23-year-old tennis star is set to return to the court at the Olympic Games in Tokyo — and her marketing company is in overdrive. 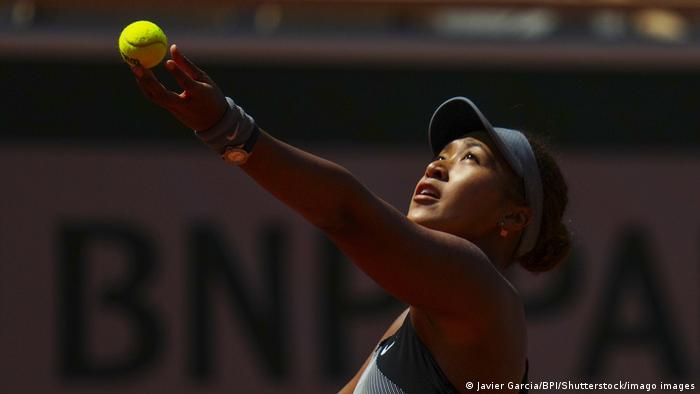 As if all the rest of the hype weren't enough, there's now a Naomi Osaka Barbie doll on the market. It's designed to look like the tennis star when she competed at the 2020 Australian Open — wearing a tennis dress and frizzy hair, just as her hair looks when she wears it loose.

You might think that Osaka lending her image to a Barbie doll a month before the start of the Olympic Games in her native Japan is as extreme as hype can get, but this is only the start.

When you think about Osaka's tennis career, September 8, 2018 is the first thing that comes to mind.

It was on that day that Osaka won the final of the US Open in dominant fashion. But far from being feted for her first Grand Slam win, a large part of the more than 23,000 spectators booed because they wanted Serena Williams to win — and the American superstar didn't make things any easier for Osaka by engaging in a vocal on-court dispute with the umpire. This resulted in a game penalty, which riled up the partisan crowd.

Instead of celebrating her first major win, Osaka wound up in tears, looking very much the poor rich girl as she accepted the trophy. 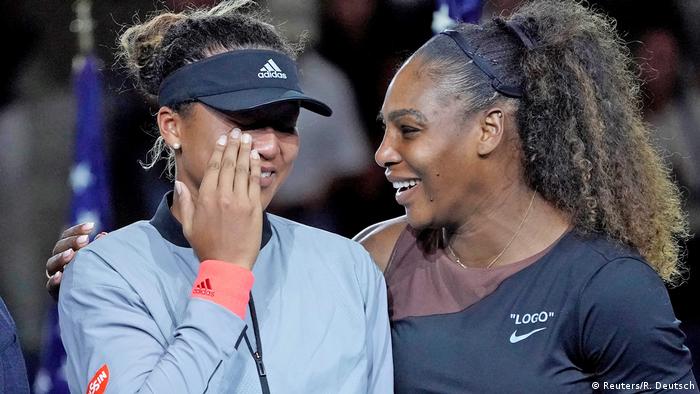 It's become accepted practice to refer to the biggest stars in tennis by their first names. Serena, Venus, Roger, Rafa, Novak ... and if you go to Osaka's US homepage (she also has one in Japanese) you'll see that her marketers at the IMG Group are also looking to make her become known simply by her first name. Naomi it says, right at the top. Also below, all in caps: NAOMI.

Osaka wears a Louis Vuitton outfit, as she is now the young new face of the French fashion brand.

She also wears Levi's jeans, sports Nike gear on the court and a Tag Heuer watch on her wrist — to go along with her Beats headphones. Apologies to all the other sponsors not mentioned here. 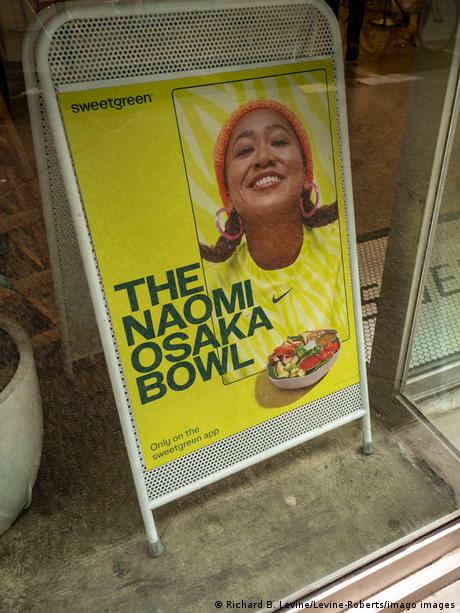 The New Yorker and Sportico put her off-court earnings last year at more than $50 million (€42 million), making her the highest-earning female athlete in history.

She has won both US Open and the Australian Open twice and is No. 2 in the women's rankings. And she's still just 23.

How is the real Naomi doing?

"I'll see you when I see you," is how Osaka bid farewell to her fans on Twitter last month.

This came after she'd pulled out of the French Open after a dispute over her decision not to attend tournament press conferences, citing "long bouts of depression."

Perhaps what she really meant was: "I'll see you again if that's what I want." Few people really know how Osaka is doing privately, but by that time it must have been clear to Osaka and her management when the world would get its next Naomi fix.

Streaming service Netflix is currently promoting a documentary series that chronicles Osaka's road to the pinnacle of her sport, which, if the trailer is anything to go by, it is very much a hero's saga — a tone that is common on the US-based platform.

Japanese mom Tamaki Osaka, who worked overtime and sometimes slept in her car to help make ends meet, is featured in the series. Haitian father Leonard Francois, too. We learn that he instilled in his daughter the pride he feels in his roots and prevailed over prejudice and the naysayers that predicted that his daughter would never make it.

Then there is Osaka herself, who is shown actively opposing racism in the United States and beyond.

In Japan this summer, Osaka is expected to be one of the faces of the Tokyo Games. She is currently on the cover of Japanese Vogue, the fashion bible that is making a great effort worldwide to increase diversity. Could Osaka even wind up being Japan's flag bearer in the opening ceremony on July 27?

For the young tennis star who was born in the western Japanese city of Osaka, that would be the ultimate honor and redemption at the same time. Her Japanese grandfather, so the story goes, disowned her mother after she married a dark-skinned man.

There is an ugly word in Japanese: "hafu." It means half-Japanese, half-foreigner. Not one of us. Racist.

For far too long, Osaka tells Netflix director and documentary filmmaker Garrett Bradley, her value has been measured by her athletic successes. Yet, she says, it's also about the question, "What am I if I'm not a good tennis player?"

By the time the Tokyo Olympics are over, we could be a little closer to the answer.

Naomi Osaka will skip Wimbledon but return for Tokyo Olympics 18.06.2021

The 23-year-old tennis champion is skipping the Grand Slam event to spend time with her family and friends. Fans have praised her for advocating for mental health at work.

The world No. 3 tennis player broke down in tears as she announced her decision to withdraw temporarily from the sport.

The four-time Grand Slam champion has pulled out of the tennis tournament citing mental health issues. Organizers had threatened to disqualify her for not attending press conferences.