The Namibian president has said a German offer of compensation for colonial-era mass killings needs to be "revised." Among other things, he objected to the terminology used by Berlin. 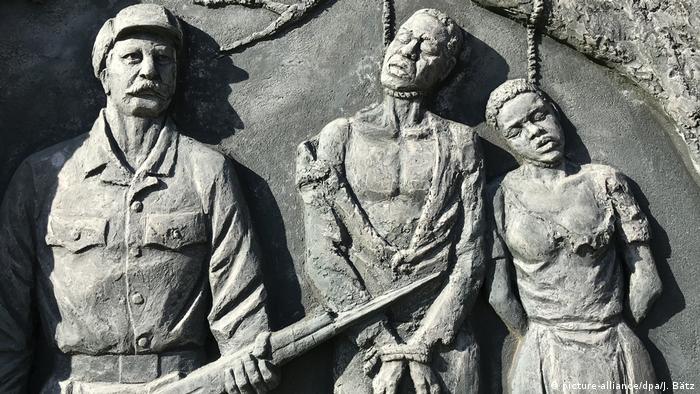 Namibian President Hage Geingob on Tuesday turned down Germany's offer of €10 million ($11.7 million) in reparations for the genocide committed by the German Empire at the start of the 20th century.

"The current offer for reparations made by the German government remains an outstanding issue and is not acceptable to the Namibian government," Geingob said in a statement after a briefing on the status of negotiations. He added that the government's special envoy, Zed Ngavirue, would continue to negotiate for a "revised offer."

Geingob also took exception to Germany's use of the term "healing the wounds" in place of the word reparations, saying the terminology would be debated further.

No apology so far

The two countries began negotiating an agreement in 2015 that would see Germany give an official apology and development aid as compensation for the killing of tens of thousands of indigenous Herero and Nama people by German occupiers in 1904-1908.

In June, President Geingob suggested that Germany would offer an unreserved apology. However, Berlin is yet to do so, despite acknowledging that its colonial authorities perpetrated the atrocities.

Germany has repeatedly refused to pay direct reparations, instead pointing to the millions of euros it has given to Namibia in development aid so far.

Germany ruled the colony from 1884 to 1915. Namibia then came under South African rule for 75 years, before gaining independence in 1990.

This article has been amended to emphasize that the mass killings in Namibia are considered genocide.

The coronavirus is not the only thing which has dampened Namibia's independence celebrations. After 30 years of stability, the country must reckon with racial tensions, a stagnant economy and growing dissatisfaction.