"Thermal anomalies" have been found in the pyramids of Giza, a team of Egyptologists have reported. The quest now begins to discover what it means. 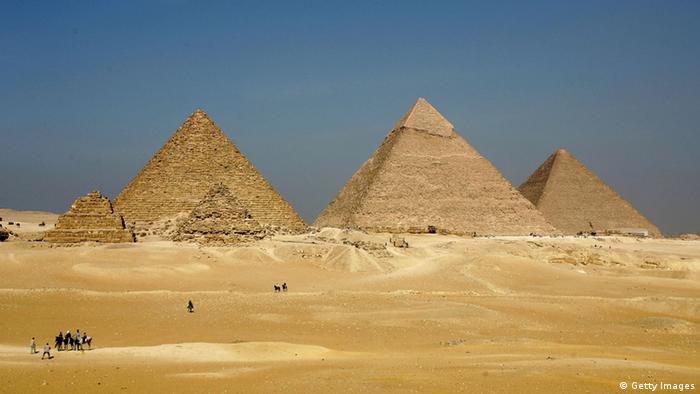 Two weeks into "Operation Scan Pyramids," an international team of architects and scientists released a statement announcing the discovery of "thermal anomalies" in Egypt's Giza pyramids, including the largest, Khufu.

Using thermal scanning technology, the team found that sections of the pyramids heat up or cool down at different rates from the rest, leading the researchers to believe that something unexpected lies beyond.

"To explain such anomalies, a lot of hypothesis and possibilities could be drawn up: a presence of voids behind the surface, internal air currents," the statement read.

Egypt's Antiquities Minister Mamdouh el-Damaty presented the discovery in a live thermal scanning demonstration to journalists. He mentioned a small passage in the ground leads into an area with such an anomaly at the base of the largest pyramid, Khufu. "What will be behind it?" he asked.

He has called upon Egyptologists to offer their ideas and join the research, which is planned to last through 2016.

The pyramids are among the most important tourist attractions in Egypt, whose tourism industry has been damaged by violent instability - and most recently by the crashed Russian passenger jet that some believe could have been brought down by the "Islamic State" militant group.

The pyramids have also been in the news recently for US Republican presidential candidate Ben Carson's bible-based assertion that the pyramids were built to store grain, not to entomb pharaohs. This is one hypothesis that el-Damaty was able to reject out of hand: "Does he even deserve a response?" the antiquities minister asked.

Moscow: Terrorist attack could be behind the Sinai crash

For the first time, Moscow has said that terrorism might have been behind the Metrojet crash. Thousands of stranded tourists are still being evacuated from the Sinai peninsula. (09.11.2015)