A Myanmar court has sentenced five journalists to a decade in prison for disclosing state secrets. The reporters revealed that a military facility was producing chemical weapons, according to their lawyer. 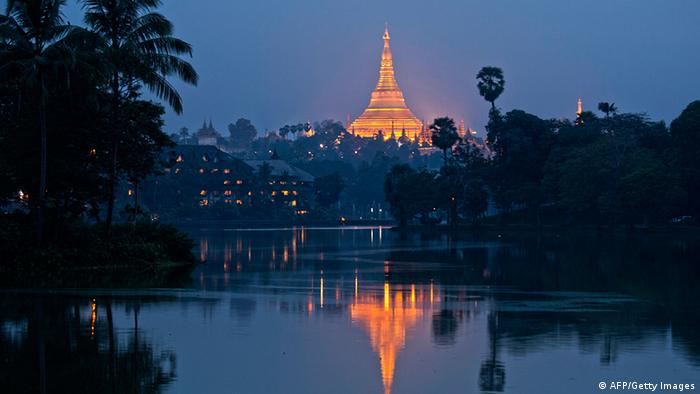 The defendants' lawyer vowed on Thursday to appeal the sentence, saying the journalists were simply doing their job.

"The ruling means the government can do anything it wants to journalists," said Aung Thein.

Four reporters and the chief executive from Unity Weekly News were jailed after publishing an article in January alleging that the military was operating a chemical weapons factory in the town of Pauk, located in the central Magway Region.

According to the article, the 3,000-acre facility was constructed by top-ranking generals as well as Chinese technicians. The factory reportedly operates under the instructions of Myanmar's former military strongman, Than Shwe.

In 2011, Shwe turned over power from the military junta to a quasi civilian government led by his hand-picked successor, Thein Sein.

The international community has celebrated Myanmar's political reforms, with the United States appointing an ambassador to the Southeast Asian nation for the first time in over 20 years.

But human rights activists have warned the international community, in particular the EU and US, against rewarding the Burmese government before it has proven its commitment to protecting fundamental rights.

Myanamar has allowed the aid organization Doctors Without Borders to resume work in some parts of the country, a day after ordering it to close its clinics. But the group remains banned in one troubled state. (02.03.2014)