Demonstrators have not been put off by security forces, who have escalated an increasingly brutal crackdown. 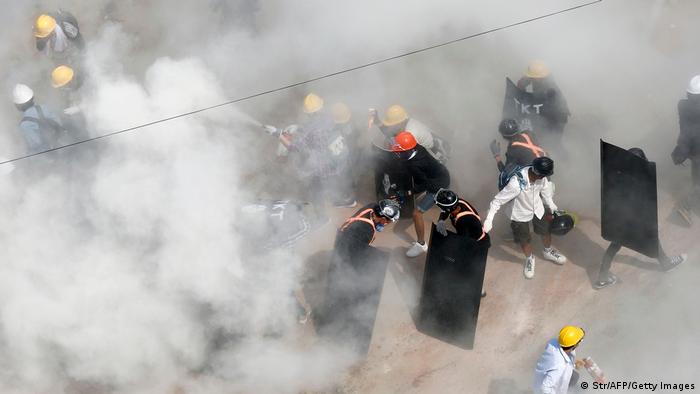 Thousands of anti-coup demonstrators returned to the streets of Myanmar on Saturday to protest the return to military rule.

Demonstrators have been holding protests ever since a February 1 putsch ousted civilian leader Aung San Suu Kyi from power.

They rallied nationwide on Saturday despite security forces using increasingly brutal force against them.

More than 50 people have been killed since the coup. The bloodiest day was on Wednesday with a death toll of at least 38, according to the United Nations.

People held demonstrations across the country from northern Lashio to central Loikaw city.

In Myanmar's commercial hub and largest city, Yangon, many demonstrators gathered around San Chaung. The once-buzzing township with cafes, restaurants and bars has emerged as a hotspot for unrest.

In the firing line

The country's military leaders on Saturday also attempted to tackle the ongoing "Civil Disobedience Movement," that urges civil servants to boycott working under a military regime.

The impact has been felt at every level of the national infrastructure, with shuttered hospitals, empty ministry offices, and banks unable to operate.

State-run media announced that if civil servants continued to boycott work, "they will be fired" with effect from March 8.

On Saturday, an additional 900 public servants at the Ministry of Social Welfare reportedly joined the strike. 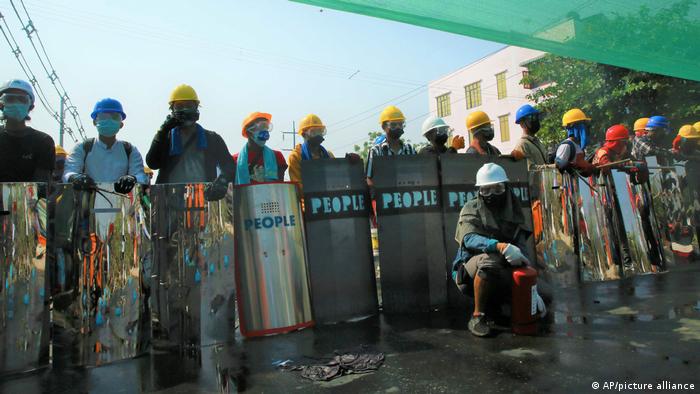 Report from inside Myanmar

Myanmar-based journalist Aye Min Thant told DW how resistance to the coup was changing: "As the protests have gone on we are seeing now dwindling numbers of protesters out on the streets, but protesters that are much more experienced and much more defense-oriented in their approach."

They added that smaller numbers did not mean protesters had given up: "Protesters do think that this multi-pronged approach to this civil disobedience movement is the way forward in terms of returning Myanmar back to democratic rule. The street protests are not the only part of this movement, obviously."

According to Aye, there was an awareness that not everyone should be on the streets, especially due to increased violence from security forces, such as elderly people or very young people. Many people are participating in the pro-democracy movement by joining the boycott.

Will the coup leaders bow to pressure?

The military generals have shown no sign of listening to calls for restraint despite mounting international pressure, including targeted sanctions by Western powers.

The United Nations Security Council on Friday heard from UN special envoy on Myanmar Christine Schraner Burgener, who warned against any moves to grant legitimacy to the junta.

But diplomats said the Security Council was unlikely to approve any international measures against the junta. The session ended without any statement.

China is considered a key sticking point to getting UN consensus.

Scores of Myanmar nationals gathered at the border to India's northeastern state of Mizoram, attempting to follow 50 others who already crossed into the country, according to Indian authorities.

Indian media reported that the group includes police officers and local officials who have refused to follow junta orders.