Two pipelines that are being built to establish Myanmar as a regional trade hub have stirred tension among the local populations, who see their livelihoods threatened. They are calling for a stop to the project. 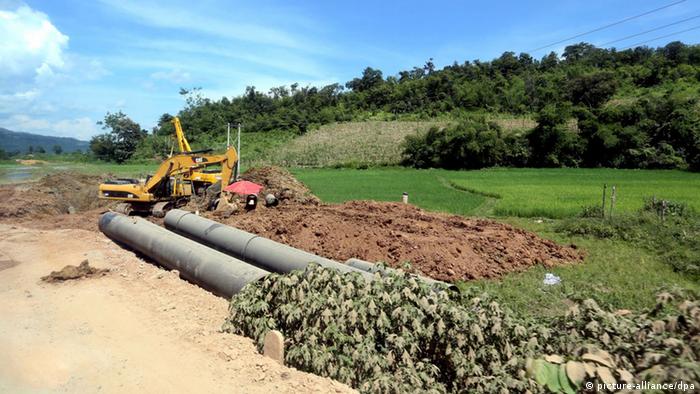 Myanmar could potentially become the most important energy crossroads in Southeast Asia.

It provides an overland bridge between India and China that does not entail having to negotiate the permafrost of the Himalayas. As their economies boom, the two most populated countries in the world are changing the way the whole region works.

China has long understood Myanmar's key location. The movement of people and goods has been growing steadily and new routes are planned.

Two pipelines that will provide energy-hungry China with crude oil and natural gas are currently in construction and a new train-line from the Burmese port city of Sittwe to Nanjing in China - which will continue both towards the North but also southwards to the Vietnamese capital, Hanoi - is also being discussed.

The China National Petroleum Corporation (CNPC) has invested about two billion euros (2.6 billion US dollars) into its pipeline project over the past four years. Natural gas is supposed to be flowing through one pipeline from the Shwe Gas reserves in the Bay of Bengal by the middle of the year and a parallel crude oil pipeline is expected to be operational by the end of 2013. The pipelines, which are almost finished, stretch from Kyaukphyu in Rakhine state to Ruili on the Chinese border. 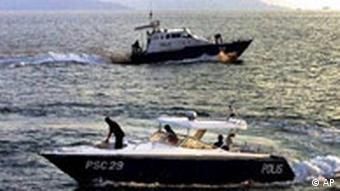 China hopes to become less dependent on the Malacca Strait

They are intended to help China bypass the Malacca Strait through which most of the oil it transports from the Middle East and Africa is transported. "The project is very important," says Li Xiangyang, the director of the Institute of Asia-Pacific Studies in Beijing. "These pipelines could reduce China's dependence on the Malacca Strait. It will secure China's energy supply."

China and Myanmar's military government negotiated the project in 2009 but, since the transition to a civilian government and the reforms in Myanmar, there has been more open opposition to the pipelines from the local population.

"Some farmers sent a letter to the government, to the Chinese operators and to other shareholders,” says Khur Hsint from Sapawa, an environment NGO in Shan, Myanmar's biggest state. "They want the construction to be ended until all open questions have been answered."

CNPC has tried to ease the concerns of ethnic minorities living in areas where the pipeline has been built by putting about 20 million euros into education and development projects but people are angry that they were not consulted. "They will not benefit at all," says Khur Hsint. 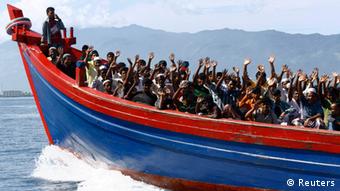 Thousands of Rohingya have already fled Myanmar because of sectarian conflict

"Some farmers are not getting any compensation at all and some are only getting inadequate compensation," he continues.

Those who have been able to keep their fields are also worried that the pipelines have been built in a substandard way and are not tight. "This can be seen at the Yadana pipeline in the southern Mon state where there have already been 48 explosions. The leaking gas is also threatening the existence of farmers, ruining their harvests and contaminating their fields."

Sectarian tensions are also threatening China's interests, says Li Xiangyang. "The construction of the pipelines is important. What's even more important is to ensure that there is a smoothly functioning pipeline. There is still a lack of clarity."

In the past months there have been massive riots in Rakhine state between the Buddhist majority and Muslim Rohingya minority. Up to 140,000 people have been forced to flee. The pipelines go right through this unstable region.

The situation in the northern Shan state is even more tricky. There are at least four independence movements that all control parts of the region around the pipelines. In the middle of May, guerrillas from the Restoration Council of the Shan State-Shan State

"Despite the ceasefire agreement there are still battles," says Khur Hsint. "The pipeline is just exacerbating the tension." 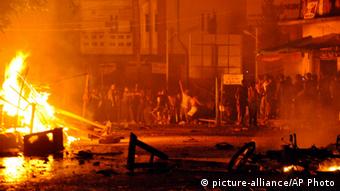 When they signed a ceasefire agreement with the government, armed groups in Myanmar were told they would not have to leave their territories but now they are being told to leave their camps near the pipelines.

"There is a fear that the conflicts between the Burmese Army and the armed opposition groups will break out again," says Khur Hsint.

Those suffering most are the people, he says. The fragile peace could well collapse and this would lead to thousands of refugees streaming into the cities, to China and to Thailand. Therefore, in Khur Hsint's opinion, there is only one solution.

"The project should be stopped until a sustainable political solution and a real agreement with all parties is found. We need negotiations so that the profits of the project are shared out in a fairer way."

Fighting in Myanmar's Kachin state continues despite recent peace talks. A Thailand-based rights group continues to document civilian deaths and calls on the international community to help resolve the conflict. (18.03.2013)

Myanmar's civilian government has decided to halt the construction of a Chinese-backed dam in a step which rights activists and environmentalists have praised. The move could have an impact on relations with China. (04.10.2011)

A current pipeline project in Myanmar will bring 12 million tonnes of crude oil from Africa and the Middle East through one pipeline and 12 billion cubic meters of Burmese gas through another pipeline each year into China. The nearly 1,000 kilometer long pipelines are said to be the longest in Asia. They will run through Myanmar (also known as Burma) to the south of China. (02.03.2010)