Controversy over Myanmar-China pipeline | Asia | An in-depth look at news from across the continent | DW | 02.03.2010

China is the world's second largest consumer of oil. The energy-hungry country is always looking for new sources and transport routes. Now they have found one which will give them direct access to the Indian Ocean 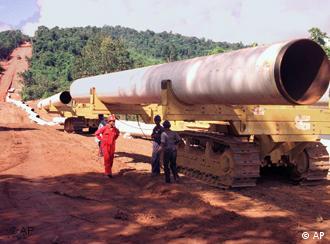 The French company Total came under pressure for the controversial gas pipeline from Myanmar to Thailand, 1996.

80 percent of China's oil currently goes through the narrow Strait of Malacca, passing Malaysia and Indonesia, a strategically vulnerable zone with a history of piracy. So China's ambition to use Myanmar's strategic access to the Indian Ocean and avoid the strait will not only be a money-saving short cut.

However, rights organizations are concerned that there will be human rights violations. Many fear this pipeline project could turn into a sequel to the Yadana gas pipeline, a project connecting 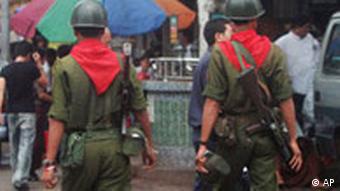 Soldiers in Myanmar have been known to abuse human rights

Myanmar and Thailand, which resulted in countless cases of rape, murder, forced labor and a large out-of-court settlement in 2004 between US energy giant Unocal and Burmese plaintiffs.

Wong Aung, coordinator of the Shwe Gas Movement, which is speaking out loudly against the construction of the pipelines, says the estimated 29 billion dollars the Burmese government is expected to gain out of these pipelines annually will be used to further suppress the Burmese people. "The beneficiaries of these pipeline projects have used this revenue to institutionalize the military and recruit Chinese soldiers to come here and oppress the local people. And we believe the local people are being forced to work on this pipeline as well."

Bernt Berger, a German expert on Myanmar, says forced labor is very likely to play a role in the construction of the pipelines, "this is a legitimate concern because it has been the practice over many 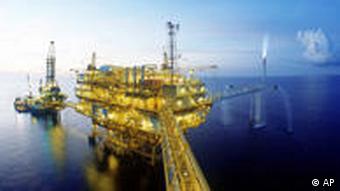 years and I think there's no reason to believe that they won't do it in this case."

The military regime has already confiscated vast areas of land along the pipeline and given no compensation. And many feel China is to blame. But "China usually does not interfere into processes inside countries. That means they would not provide any help to the population because they would think that is the job of the Burmese government," says Berger.

Berger believes that this approach has created some resentment among the population of Myanmar, where for decades, China has been the main foreign investor. 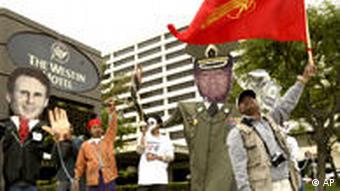 Demonstrators in Los Angeles in 2004, hoping to persuade Unocal to leave Myanmar, where it was accused of profiting from human rights abuses during a pipeline project.

"I think what is generally happening is a negative attitude towards Chinese investors and Chinese business people who come to Burma but I don't think in that region that there will be any unrest. The area where unrest happens are more in the border areas among minorities and that is a big issue this year, where the elections are coming up."

In August 2009, when over 30,000 Burmese belonging to an ethnic Chinese minority fled Myanmar to China after a military offensive against rebels in the area, Beijing became quite unfriendly towards its ally - which goes to show that China's policy of non-interference in Myanmar has its limits.

In Myanmar (Burma), big infrastructure development projects, including the construction of dams as well as oil and gas pipelines, have led to growing opposition from human rights groups concerned about increasing militarization, rights abuses and environmental destruction. (16.11.2009)

Is Money From Gas Deals fuelling the Myanmar Junta?

The ruling junta of Myanmar is hiding billions of dollars in revenue, says an environmental group. The Washington based EarthRights International released its findings in Bangkok on Thursday. It says the money earned from natural gas projects carried out with western companies Total and Chevron in Yadana gas fields in Andaman Sea are kept secretly offshore in two commercial banks in Singapore. (10.09.2009)