Myanmar halts construction of Chinese-backed dam | Asia | An in-depth look at news from across the continent | DW | 04.10.2011

Myanmar's civilian government has decided to halt the construction of a Chinese-backed dam in a step which rights activists and environmentalists have praised. The move could have an impact on relations with China. 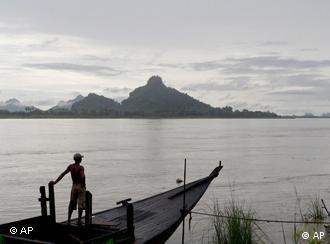 A Chinese company has stepped up pressure on Myanmar after it surprisingly suspended construction of a jointly backed but much criticized hydroelectric dam, saying scrapping the project would cause legal problems.

In an interview late Monday with the official Chinese Xinhua news agency, the president of China Power Investment Corp., Lu Qizhou, said he was "totally astonished" when Myanmar President Thein Sein announced Friday that the 3.6 billion US dollar Myitsone dam project had been halted. The surprise decision by Myanmar's new civilian government to suspend the controversial Chinese-backed dam has put a damper on relations between the two allies.

China is pressing for an "appropriate solution" to the shelving of the dam, a move hailed by its opponents who had warned of potential environmental damage along the Irrawaddy River and the forced relocation of residents. Should the dam be built, it is expected to submerge a culturally important site in the ethnic Kachin heartland.

The dam has also come under criticism because much of the electricity it would be generating would be sent to China, while the vast majority of Myanmar's residents have no electricity. 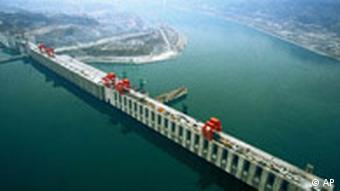 China has a high level of hydropower expertise

AP reports the suspension was praised by many, including democracy advocates in Myanmar and the US government. The move, however, is a huge turnabout in relations with China, and could have a political impact.

For Myanmar, under sanctions by Western countries for human rights issues, China is its most important diplomatic and economic ally.

And for China, Myanmar has provided much needed resources as well as access to the Indian Ocean; China is building gas and oil pipelines across Myanmar to avoid the Malacca Strait choke point. In addition, Beijing has poured billions of dollars of investment into its western neighbor to operate mines and extract timber.

On Saturday, ministry spokesman Hong Lei called on Myanmar to hold consultations to handle any problems with the Myitsone Dam and reminded the country - formerly known as Burma - that both countries agreed to the project after rigorous reviews. "The Chinese government ... urges the relevant government to protect the legal and legitimate rights and interests of Chinese companies," Hong said in a statement carried on the ministry's website.

Myanmar's pro-democracy icon Aung San Suu Kyi has called for a reassessment of the Myitsone dam project due to safety and environmental concerns. (12.08.2011)

How Mekong River is turning into a new flashpoint in Indo-Pacific 12.08.2021

Experts view the South China Sea as the most probable area of conflict in Asia. Their attention now has also turned to the Mekong River, where the economic and environmental stakes are arguably much higher.