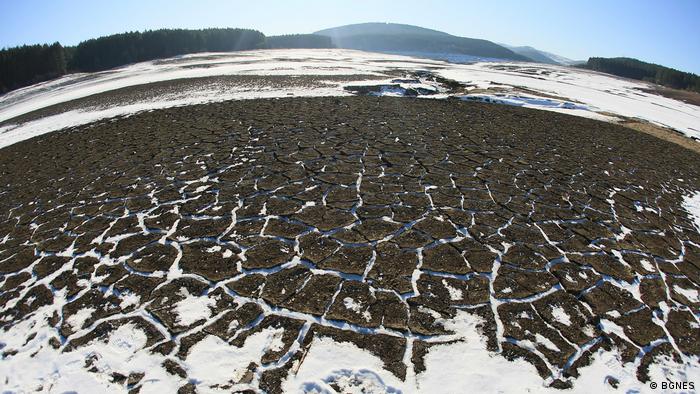 In Bulgaria, small but regular protests against overbuilding on the seaside and the destruction of animal habitats have been taking place in big cities, and air pollution became a theme in regional elections in 2019. Then came the scandal of garbage shipped in illegally from Italy, possibly in collaboration with the Mafia. On top of it all, there are suspicions that bribery and incompetence are behind the water shortage in the city of Pernik. In mountainous Bulgaria, water is normally abundant — but not when corruption and incompetence come into play.

Earlier in January, Environment and Water Minister Neno Dimov was arrested and offered as a sacrificial scapegoat to the angry citizenry: He resigned his post while in custody. That was really something — even the Communists fired apparatchiks before having them arrested. Many analysts think that Prime Minister Boyko Borisov encouraged the theatrical detention, as this was the only way to obtain Dimov's resignation and calm the people of Pernik, who only have water a few hours a day and engage priests to pray for snow to fill their dam. 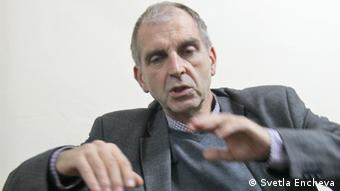 Ivaylo Ditchev is a cultural anthropologist

It was also an introduction for newly elected Chief Public Prosecutor Ivan Geshev, who aspires to follow the example of Laura Codruta Kovesi, the former Romanian prosecutor general, who is now working at the EU level. Geshev likely wants to demonstrate to the European Union that ministers do get jailed in Bulgaria, just like in Romania. His nomination had initially been controversial because of his dubious prosecutions of businessmen disliked by those in power — a process in which indefinite indicting replaced sentencing. So now he wants to demonstrate independence and integrity.

Read more: TurkStream pipeline not a fix for bilateral woes

Strangely enough, after years of bloodthirsty calls for justice, the public did not applaud the excessive act, and social media is awash with doubt about Dimov's guilt — though not necessarily sympathy for the minister as a functionary: Why only him? It is not the man, it is the system! Arrests will not bring water to Pernik. Some say Bulgaria is following Romania's example and becoming a "prosecutor's republic."

Dimov, a mathematician and the former head of a political think tank, was of course highly incompetent for the job. He became the laughingstock of the European Union in 2018, when he presided over the Environment Council. Media in several member states mocked his Donald Trump-level skepticism of climate change — the crux of which was something to the effect of "There is no global warming, and even if there were, it would be beneficial because it will be warmer.” During the current crisis, he tried to explain the water shortage as being a result of climate change — which, again, he himself has said he doesn't believe in — and rejects the charges of having sold water to a steel plant. He was replaced by another rubber-stamped nomenklatura officer nominated by the nationalists, this time a specialist in folk dancing and customs offices, also known for his lobbying.

A no-confidence vote was filed by the opposition, and protests are expected, but Borisov seems to rely on the limited interest of his subjects on ecological issues. And he has a point. Ecology has divided Europe by a new iron curtain, this time not opposing east and west, but rather north-west and south-east. How shall we explain the weak support for green movements, not only in coal-dependent Poland, but also in Greece, Bulgaria or Italy, which rely on nature for tourism and agriculture? The green wave that has swept through Germany, France or Britain, starting to displace the old social-democratic left, seems not to have touched those countries that need it most.

Having been industrialized later, Southern and Eastern Europe have suffered less from pollution. Industry is still a dream; appeals to stop growth and moderate consumption are seen as a colonial arrogance. Catching up with the industrial west has been the leading ideology for nearly two centuries. Countries like Bulgaria or Slovakia, southern Italy or Lithuania were urbanized a couple of generations ago and — one of history's sad lessons — ecological conscience emerges only after nature has been lost. Green parties are liberal in terms of culture but statist in terms of economy, which makes them a perfect enemy for both the right (fighting "green socialism") and the left (fighting "stateless globalists").

Read more: For nationalists, NGOs have become the new enemy

At that, Eastern Europe has developed a sort of thick-skinned selfishness — probably as a reaction to the generosity required by the Communist apparatus. "Right-wing" or "neoliberal" seem misleading terms for this strange phenomenon. Nature nowadays is the last consensual public good uniting our ever more fragmented societies; but common belongings are out of date in the lands of post-communism, where Ayn Rand is best-selling. The lack of enthusiasm to participate in the effort to save the planet reminds us of the blunt refusal of those same countries to take in refugees of a different religion and color during the 2015-2016 crisis. The refugee iron curtain very much seems to follow the geography of the ecological one and this makes one think of a deeper cultural phenomenon.

You may remember that green energy — consensual and nonpolitical as it seemed — was a major force in the overthrowing of Soviet dictatorship. The Chernobyl disaster and the drying up of the Sea of Azov were among the strongest blows dealt to the USSR. As for Bulgaria, the shy anti-communist mobilization there started in 1988 with the creation of a committee to save the city of Russe from pollution coming from the Romanian side of the Danube. But properly ecological problems were soon put aside in the course of dismantling of the totalitarian system. Today, Bulgaria's Green party is part of a right-wing coalition that is not even a member of the national parliament. The situation is not more cheerful elsewhere.

I dare not hope for a surge of genuine green ideas in Eastern Europe. But let us remember the fall of communism. Green causes were instrumentalized to achieve the much bigger goal: taking down dictatorship. Bulgarian citizens' current protests over a lack of water or air pollution could hide a much bigger anger against the privatization of public resources, the quasi-feudal rule, and the overall lack of perspectives. If this is the case, there could be another (political) Chernobyl ahead.

Plovdiv, Bulgaria, a Capital of Culture

Plovdiv, Bulgaria, a Capital of Culture

Opinion: Germany's mandatory testing for travelers is only sensible 6h ago