Muslim outrage ′fueled by more than religion′ | World | Breaking news and perspectives from around the globe | DW | 22.09.2012

In many Muslim countries people continue to demonstrate against the film "Innocence of Muslims." But is religion really the main issue? Arab intellectuals have a different view. 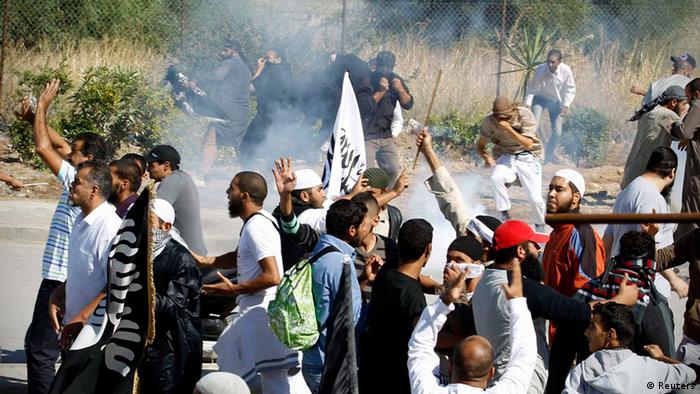 A howl of outrage is being heard across the Arab world. Many Muslims are convinced that their Prophet has been insulted, and they cannot and will not accept it. But is religion really the issue here - or, more precisely, is religion the only issue?

The Arab newspaper Al Hayat is skeptical. In a recent editorial it interpreted the protests as a belated consequence of decades of dictatorial rule. Citizens of many Arab countries have suffered under years of oppression, isolation and a lack of prospects, it writes. The paper believes that the protests are a discharge of pent-up resentments now a collective pretext has been found for their release.

"What is happening right now," writes Al Hayat, "is far from having religious significance. Of course the case that triggered the protests had to do with religion. But the reaction to it was not an expression of religious faith, but of a complex historical, political and societal conflict situation." 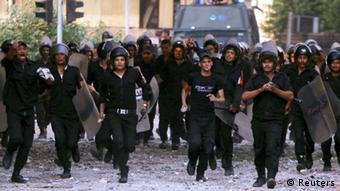 The demonstrators' anger may in fact be aimed at the government

So are decades of accumulated resentment now simply seeking an outlet? This interpretation would imply that the demonstrations and the accompanying violence are simply a twisted expression of pent-up suffering caused by political and societal injustice.

Speaking to Deutsche Welle, the Syrian philosopher Sadiq Al-Azm commented that at the present time societies in the Arab and Muslim world are very volatile and easily excited. "In such a situation, it provokes a violent reaction, even an explosion, if important symbols are attacked. But these actions are not planned. They're instigated by ordinary people." Above all, he explains, these demonstrations are not really aimed at Western states, but secretly have a quite different target: "Ultimately, the demonstrators are turning on their own governments."

The anger is diffuse: it isn't expressed in political language, and doesn't call for dialogue either. Gamal Soltan, political scientist at the American University of Cairo, explains that this is part of its nature. The protesters are mostly from a particular societal group: "They're primarily people from the underclass. But it must be said that, quantitatively speaking, attempts to incite these people have not been especially successful. In Cairo and other cities there were really very few people out on the street. But of course it is a very sensitive moral issue, and this is something people will take to the streets about." 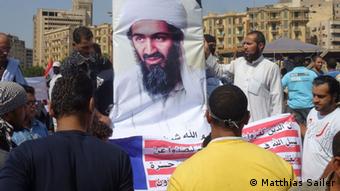 Some say the protests are being exploited by radical Islamists

Yet the protest is not altogether clear in its intentions. Different groups are well aware of how useful it can be in furthering their interests. In Egypt, for example, the Salafists feel sidelined, despite their success in the parliamentary elections. They do not have a big role in the political decision-making process. Soltan explains that, for them, it is therefore all the more important to try and gain power over the people on the street and exert greater political influence that way.

On the one hand, he says, the protests are spontaneous, but on the other, this spontaneity has been instrumentalized. "There are Salafist groupings that are making use of the new freedoms," he says. "Before, they were forced to lie low. Now they can openly oppose the Muslim Brotherhood, even the government."

In Tunisia too spontaneous outrage may be being carefully channeled. Speaking to DW, the blogger Lina Ben Mhenni argues that the Nahda Party, which is represented in the governing coalition, is systematically trying to Islamicize the country. It wants to distract people from the fact that it is unable to get to grips with Tunisia's economic and social problems, she says. Ben Mhenni says she has observed that the Nahda Party maintains links with Salafists. "When the Nahda Party has a problem or can't manage to convince the population, it makes use of the Salafists to divert attention from the real problems," she says. "Then the Salafists appear and get violent, to cover up the actual problems." 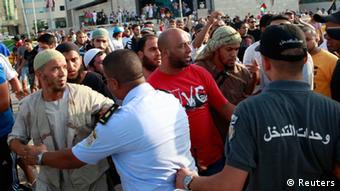 Is one of Tunisia's governing parties provoking the unrest?

Tunisian lawyer Raja Sakrani, currently working at Bonn University's Center for Global Cooperation Research, takes a similar view. Sakrani told DW she couldn't say to what extent there was contact between the Nahda Party and violent Salafist groups, but that during the recent protests against the Muhammad film one thing struck her about the storming of the US embassy in Tunis. "The embassy is normally well protected," she said. "It's not that easy to get into the grounds. So the fact that it was so easy for the attackers to get into the compound does at least raise questions about the security arrangements by the Interior Ministry."

Political observers generally agree that the anger on the street is in part spontaneous, but is also partly being channeled. Above all, they see it as an indication that, even after the recent revolutions, political and social problems in many Arab countries are still not being adequately addressed.