The leader of a New York mosque and a second man has been shot dead while walking home from afternoon prayers. Police said the motive for the brazen daylight attack wasn't immediately clear. 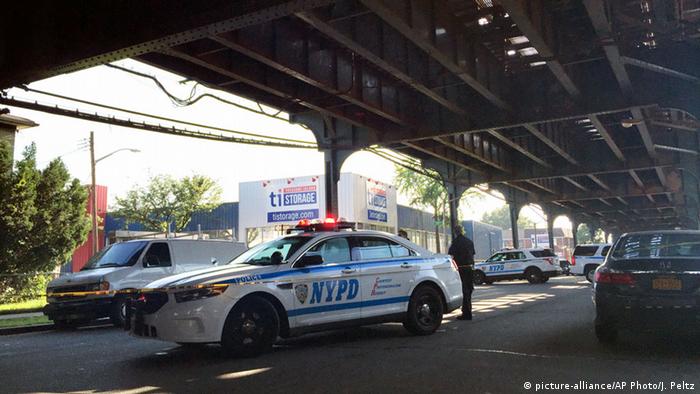 Imam Maulama Akonjee and his associate were shot in the back of the head on Saturday as they left the Al-Furqan Jame Masjid mosque in the New York City borough of Queens, police said. 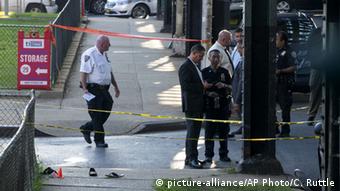 Witnesses reported seeing a lone gunman flee the scene on foot. He remains at large.

Police said no motive had yet been established, adding there were no signs the men were attacked because they were Muslim.

"There's nothing in the preliminary investigation to indicate that they were targeted because of their faith," said Henry Sautner, deputy inspector with the New York Police Department.

"We are currently conducting an extensive canvass of the area for video and additional witnesses."

Akonjee, 55, and the second victim, identified as 64-year-old Thara Uddin, were both wearing religious attire at the time of the shooting, police said. They were taken to hospital where they were later pronounced dead.

The cleric had just come from leading a prayer service at the mosque, which serves a community of Bangladeshi immigrants. Members of the local Muslim community held a rally at the site of the shooting on Saturday afternoon, demanding justice. Speakers addressing the crowd said they fear the men were victims of a hate crime. 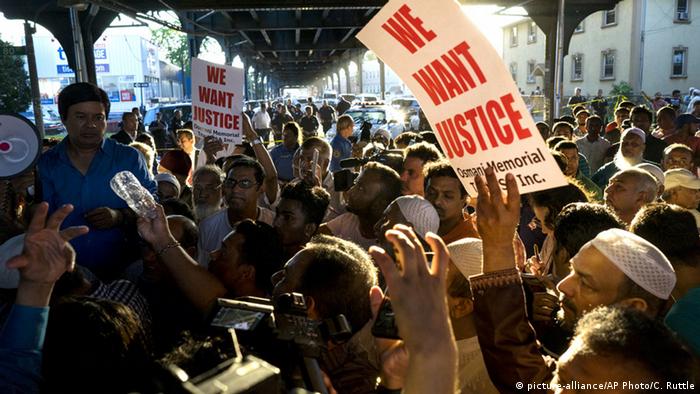 The New York chapter of the Council on American-Islamic Relations issued a statement urging anyone with information about the attack to come forward.

"The perpetrator of these senseless killings must be swiftly apprehended and face the full force of the law," said council executive director Afaf Nasher.

Worshipers at the rally described the slain cleric as a peaceful man who was revered by the community and gave compelling sermons.