Musicians complain to Brussels over YouTube | Business | Economy and finance news from a German perspective | DW | 30.06.2016

A large group of prominent musicians has sent a letter to the European Commission, complaining that YouTube robs artists of income. But the powerful online service doesn't subscribe to that point of view at all. 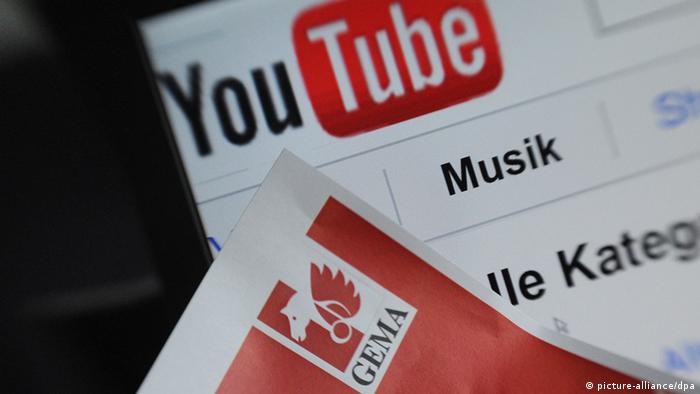 More than 1,000 musicians including Coldplay, Sting and ABBA wrote a letter to the EU executive, complaining that YouTube and other online services stripped artists of important earnings by making music "available for free."

The musicians signing the letter expressed fears that YouTube's model - allowing its over one billion users to freely upload and access music - could jeopardize the future of the industry.

Ratcheting up the pressure

"The value gap undermines the rights and revenues of those who create, invest in and own music, and distorts the market place," the letter reads.

A similar letter of complaint was sent recently to the US Congress, with artists such as Taylor Swift and U2 urging swift measures to rectify the situation.

"The Wall Street Journal" pointed out that YouTube had a different take on the issue, saying that around $3 billion (2.7 billion euros) had already reached the music industry in advertising income through a special recognition system.

The site has voluntarily offered record labels a tool to automatically block, monetize or mute their music, the newspaper said. But it added that many rights holders have said YouTube's system wasn't foolproof and required them to conduct a laborious, manual search daily to track content and collect royalties.

The European Commission confirmed Thursday it had received the letter. New proposals as to how to reach a viable settlement are expected in the coming months.