Music of the Future at the Telekom Beethoven Competition

Korean pianist Soo-Jung Ann was the first woman to have scooped top prize at the Telekom Beethoven Competition in Bonn. A milestone, but the jury’s decision wasn’t without controversy. 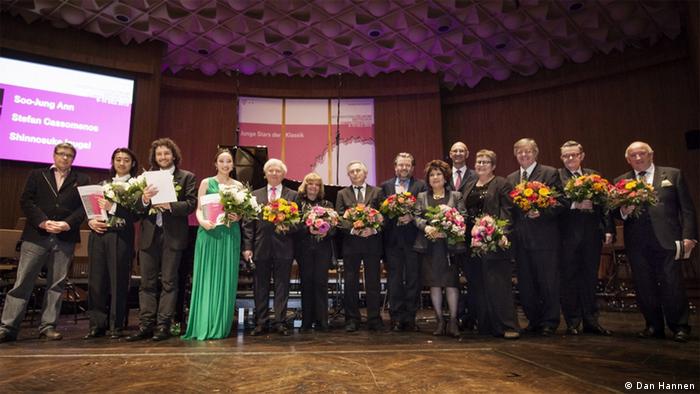 28-year-old Korean pianist Soo-Jung Ann got number 13 in the draw to decide the order in which competitors would play, but she didn't consider it unlucky. "Beethoven is the connection between me and my God," said the devout Presbyterian from South Korea. Twelve days later she was crowned competition winner on the stage of Bonn's Beethoven Hall and could hardly believe her luck.

Many in the audience would have preferred to see Japanese pianist Shinnosuke Inugai crowned victor, so alongside the usual cheering, Soo-Jung Ann had to put up with some booing. She took it in her stride however, saying such things were all part of a concert pianist's baptism of fire. 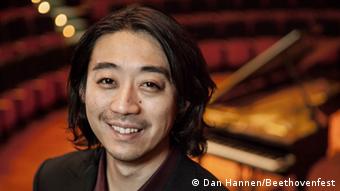 A competition with a difference

The Telekom Beethoven Competition was launched in 2005. Taking place in in mid-December 2013 for the fifth time. it's already established globally as a renowned piano competition. "Basically there are many technically perfect young pianists out there, but very few who are making new music," said music journalist and jury member Eleonore Büning, summing up one of the key problems of the music market. And it is precisely this trend the Beethoven Competition aims to counter. "Not only the entry criteria but the whole atmosphere are totally different here. It's not all about faster, higher, stronger."

The concept of the competition was devised by Russian pianist and music teacher Pavel Gililov. "I wanted to present Beethoven as a very strong personality, as someone who had an incredible influence on music history," he said. A key concern is Beethoven's own musical development. So too is his connection to baroque music, the link to the works of Bach and Handel and his influence on German Romanticism. 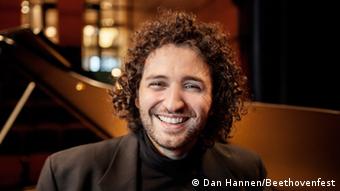 After a rigorous pre-selection round - of the 86 applications received this year only 24 qualified - the young competitors had to put their understanding of Beethoven's music to the test. That didn't just include how they interpreted his works.

From the off, Beethoven's sonatas were combined with the works of Bach and Handel. "In other competitions the complicated challenges come at the end and then quite often you're left thinking, have I let the wrong people through?" said Giliov, explaining his strategic decision.

The twelve musicians who made it through to the second round then had to play a one-hour recital of pieces of their choice. "It's a huge difference from competitions where about 45 musicians come onto the stage and, one after another, all play a Bach concerto. That plays hell with the ears of the jurors and the morale of the participants," said Eleonore Büning. For the final round, the remaining participants each had to prepare two Beethoven piano concertos. 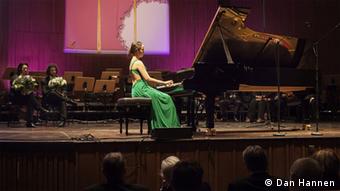 One of the most important aspects for the jury was artistic individuality, a factor that was increasinly important with each round of the competition. The three musicians who made it to the final couldn't have been more different: the placid, technically perfect South Korean Soo-Jung Ann, the 31-year-old dramatic pianist from Japan Shinnosuke Inugai and Stefan Cassomenos, the 28-year-old Australian of Greek ancestry.

With emotions running high during the final, both men tended to make mistakes, leading to jury to favor the accuracy of Soo-Jung Ann. "From the word go, Soo-Jung Ann delivered some very convincing performances. As an artist she was on top of her game in a way the other two weren't," said Pavel Gililov, who also conceded that there is much undeveloped potential in the two male finalists.

Despite Soo-Jung Ann being awarded top prize, all three left the competition as winners, not only because of the generous prize money but also due to the experience gained and the string of concert bookings they received as part of the prize. But which of them will go on to have the glittering career? Time will tell.