'Music is my religion'

From rock 'n' roll legend Jimi Hendrix to Italian singer Gianna Nannini, many stars mention music and religion in the same breath. But they're often far from religious themselves, as are many of their fans. 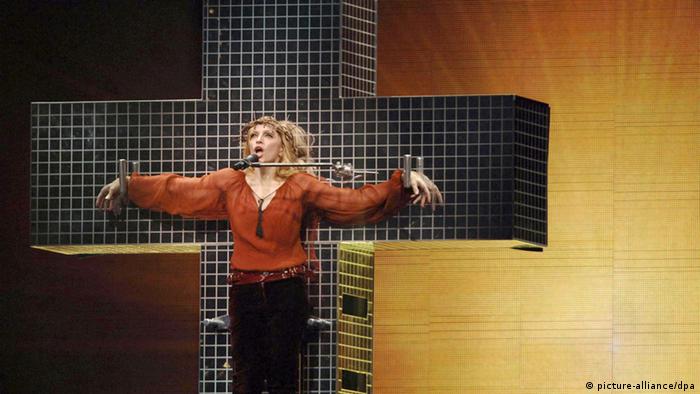 "For me, singing is like a medicinal mantra," said Italian singer-songwriter Gianna Nannini in a recent interview. "When I sing, I feel like I'm in a trance. It makes me happy and alters consciousness. And I'd like to transmit this feeling to the world."

"But I'm not religious," she added.

Giving oneself over to ecstatic feelings by way of music is an experience echoed across cultures and genres - shared among performers and audiences alike. Music can exercise a kind of magnetic pull, with its notes taking root in the subconscious.

"Music and religion have the same roots," believes Swiss musicologist and psychologist Maria Spychiger. "They can unleash feelings that are difficult to capture in words. Experiences emerge that go beyond the everyday."

'The flap of an angel's wing'

The spiritual power of music can be seen as a thread running through the course of human history. Even into the 21st century, shamans draw on the beat of drums or the sounds of a flute for their rituals. A number of traditional and tribal groups use music not just for entertainment, but as a mode of access to the gods.

In Christianity, music has always played an important role. From Gregorian chants and Bach's organ cantatas all the way to gospel singing, music serves as a language for giving expression to sorrow and jubilation, meditation and ecstasy.

Music psychologist Heiner Gembris expresses the phenomenon as such: "Music is like the flap of an angel's wing. It touches us and lets us sense the momentary presence of something that transcends the boundaries of our captivity in the world."

In secular parts of the West, however, the religious aspect of music has faded further and further into the background. But the adulation reserved in past generations for holy figures has been redirected to rock and pop stars among younger generations. Many people now seek the feelings that were once the province of prayer and religious rituals in concert halls and clubs. 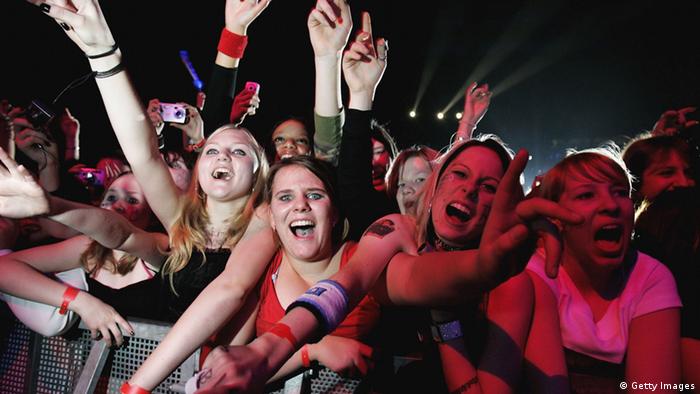 One difference between the church and concert hall: screaming teenage fans

"The spiritual doesn't just emerge from a person," said musicologist Maria Spychiger. "Instead, people draw on cultural reserves that already exist. For many people, music has great significance. They draw meaning and purpose from it. And some people even satisfy religious urges through the medium of music."

Fans like 36-year-old Elisabeth Dick share that view. "I used to like to listen to Enigma," she said. "The band's gentle music was definitely something spiritual for me. I had the feeling that I was floating into other dimensions."

Dick enjoys going to rock concerts, but she downplays any direct connection with religion. "Perhaps it doesn't really have so much to do with spirituality. But when hundreds of fans are celebrating together, it's easy to get swept up in it. Then it's like I'm in a trance." 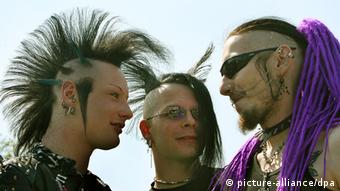 Ritual religious dress has its parallels in music subcultures

The same can be observed at techno parties, where young people dance and move to a driving and pulsating rhythm. Studies have shown that such music has an effect on the entire body via the autonomic nervous system. And DJs often know how to make use of that connection, playing tracks with identical beats per minute. After hours of exposure to the music, the dancers drift into a trance-like state.

In that way, not just music stars but also disc jockeys are stylized as pseudo-religious icons and play a particularly important role for young people as they begin to work out their personal identities. American singer Pink put it in a nutshell with the title of one of her hits, "God is a DJ."

There's a further parallel between religious figures and rock stars at the concert level. A congregational atmosphere develops among fans. And some groups of musical devotees even set themselves apart from fans of other genres by way of rituals, clothing and body jewelry.

When it comes to marketing artists, mystification and deification also play a role. The industry often takes a tack of stylizing musical stars as Übermenschen. And many fans' fascination with the idea of one day joining the ranks of their idols is reflected in the popularity of televised competitions like "American Idol" or "Deutschland sucht den Superstar" (Germany Is Looking for a Superstar). 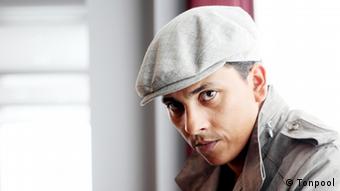 The role religion plays for the stars themselves differs widely. There are religious musicians like German pop singer Xavier Naidoo, whose beliefs are reflected in his lyrics and in his daily life. He prays twice a day as part of his Christian practice.

Other musicians have an affinity for using religious symbols as a means of provocation. Madonna made waves during a recent tour by painting stigmata on her body and appropriating images of Jesus' crucifixion - hardly the first time the "Like a Prayer" star mixed the potency of religion with music. The Vatican expressed outrage for what she herself dubbed as a symbol of emancipation. There's also an element of clever marketing to stunts that are sure to rile up religious opponents. 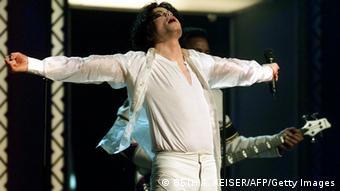 A redeemer in white? Michael Jackson in concert

Still other stars, including Michael Jackson at certain points in his career, celebrate themselves on stage with bombastic light effects or dazzling fire and laser shows. The effects make rock stars seem almost like redeemers who are descending upon their followers, say psychologists. The traditional concert is transformed into a grandiose show full of symbols that recall elements of the Old Testament in the Bible in which God manifested himself personally in various ways to humankind.

Such analyses are, of course, a bit lofty compared with the average fan's perceptions when attending a concert. But many might agree with one 19-year-old fan's description of the experience: "When I go with my friends to a rock concert, it's liberating. We're all soaring. All of the cares of the week, the troubles with your boss - it's all suddenly gone and doesn't matter. I feel like I've been transported somewhere else, to another world."

The music of Easter

Where does the word Easter come from, and does it have anything to do with bunnies? DW reviews the history and origins of the spring holiday, complemented with a selection of Easter-themed music. (28.03.2013)

On Pulse this week, Muslim athletes discuss what it means to fast during Ramadan and Prague enjoys a surge in religious tourism. We also hear how much music and dance can break down barriers - from Nigeria to Germany. (01.08.2013)