Public officials with ties to the alleged mastermind of the killing have been charged with corruption and abuse of office. Business Marian Kocner is accused of maintaining a large bribery network. 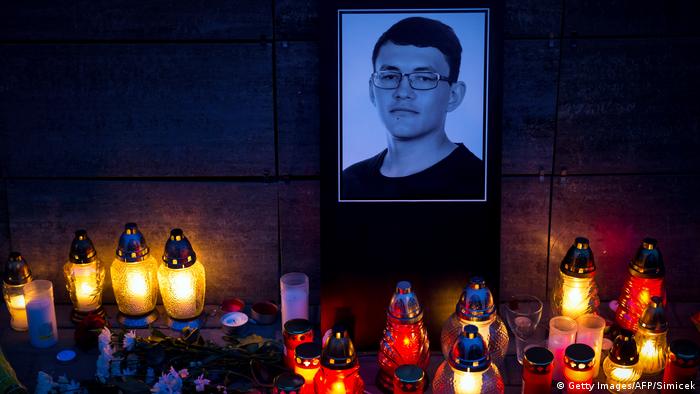 Authorities in Slovakia have arrested 13 judges and five other people on Wednesday in relation to the 2018 slaying of investigative journalist Jan Kuciak and his fiancee Martina Kusnirova. They have been charged with corruption and obstruction of justice.

Police would not reveal the identities of the 18 suspects, but they are believed to be part of a network of judges, politicians, and prosecutors bribed by former businessman Marian Kocner. The 56-year-old Kocner is believed to be the mastermind behind the slaying.

He is currently on trial over the murder, and was handed extra charges on Wednesday relating to the alleged bribery of public officials. He was also sentenced to 19 years in prison in February in a separate case over forgery and securities crimes.

Four suspects have been charged with carrying out the killings, including middleman Zoltan Andrusko. According to Andrusko's testimony, it was Kocner who had ordered the death of Kuciak.

Andrusko made a deal with the proseutors which saw his sentence reduced from 25 years in prison to 15. The trials of Kocner and the other three suspects are still ongoing, but former soldier Miroslav Marcek has admitted to pulling the trigger.

Kuciak, 27, was known for his work with news website Aktuality.sk, where he published several high-profile exposes on tax fraud committed by businessmen with ties to top-level Slovak lawmakers.

He and his partner Kusnirova, also 27, were shot dead in their home in Velka Maca in February 2018, prompting widespread protests across the country and eventually leading to the resignation of Prime Minister Robert Fico.