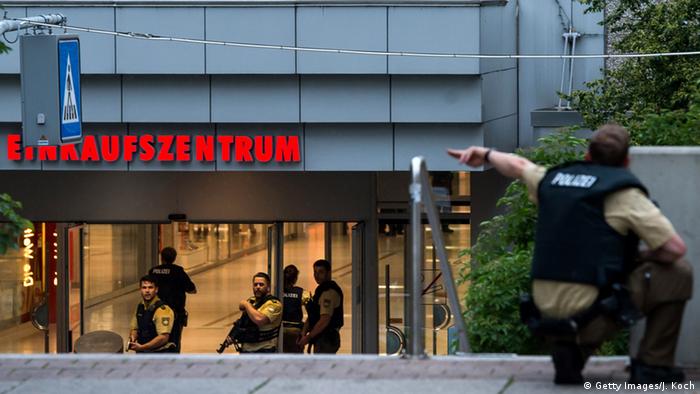 Contrary to police findings, an expert panel commissioned by the city of Munich found that Munich gunman David S. was motivated by extremist right-wing political ideology when he shot and killed nine people at shopping center in the Bavarian city.

Authorities last year classified the incident as a rampage, rather than a targeted attack. The public prosecutor's office wrote that "it cannot be assumed that the crime was politically motivated," while the Federal Office for the Protection of the Constitution (BfV), Germany's domestic intelligence agency, described David S. as a "psychologically ill avenger" but not a "terrorist fighter."

However, a panel of social scientists told Germany's Süddeutsche Zeitung daily on Tuesday that official investigators had underestimated David S.' racist, and specifically anti-migrant motivations, while also disregarding that the gunman had meticulously planned the attack.

The scientists also found that David S. had written a sort of manifesto, in which he pledged to execute "foreign subhumans" to protect Germany from "foreign infiltration."

The panel found that David S.' own Iranian background didn't take away from his racist attitude towards migrants. In fact, it appeared the gunman had wanted to prove himself as a "real German" by degrading and ultimately killing non-ethnic Germans.

The panel's findings are expected to be presented before Munich's city hall on Friday.