Top officials and military experts from around the world will debate global security issues at the 48th Munich Security Conference. But a new era of disarmament is not in sight despite empty state coffers. 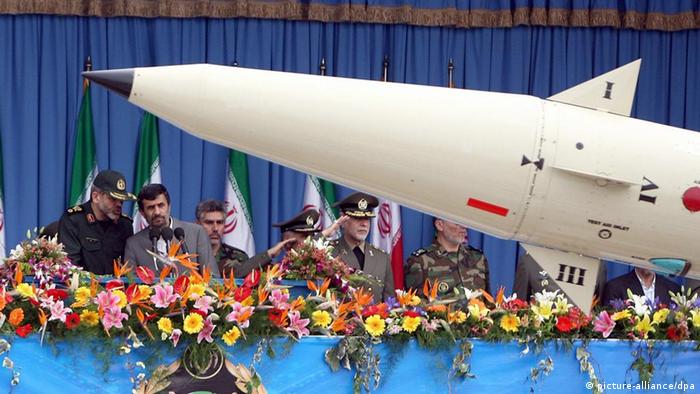 The nuclear conflict with Iran, but also disarmament will be on the agenda

The eruption of the Arab Revolution one year ago took the Munich Security Conference by surprise. While the Middle East quartet met in the German city and deliberated the decades-old conflict between Israelis and Palestinians - without bringing forth any new ideas - the masses took to the streets in Cairo, engaging in violent street battles with the security forces of President Hosni Mubarak.

It was too early at the time for a structured discussion of the events and including the participation of the countries concerned. This is supposed to be "intensely made up for," said Wolfgang Ischinger, chairman of the conference which runs from February 3 to 5.

High-ranking delegations from Egypt and Libya are expected to attend. The prime ministers of Tunisia and Qatar will also take part in the conference. The latter in particular will be a sought-after contact, as Qatar was the first country to call for the deployment of Arab troops to Syria. The escalation of violence in Syria will be a topic, as well as the unresolved conflict with Iran over its nuclear program. 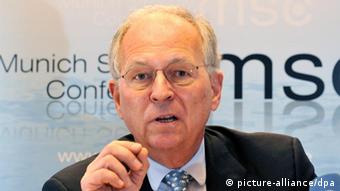 Last year, the conference witnessed an historic moment. Russia and the United States exchanged the instruments for ratifying the New Strategic Arms Reduction Treaty (START). It marked the most significant disarmament treaty since the end of the Cold War. But anyone who thought the event would introduce a new era of arms control was mistaken.

Russia currently has no intentions of reducing its arsenal of 3,800 strategic nuclear warheads. The US wants to continue holding on to its nuclear weapons arsenal, as well. The negotiations to further reduce troops as part of the Treaty on Conventional Armed Forces in Europe (CFE) have also been on hold for years. Moscow already suspended talks in 2007 for CFE follow-up agreements

Moscow continues to demand written security guarantees from Washington in the dispute about the planned US missile defense system in Europe. Ischinger criticized the standstill in the efforts for a security partnership with Russia.

"The West and Russia still look at each other suspiciously and base their judgment largely on military criteria," Ischinger said. A study with new recommendations for a common missile defense system which US, European and Russian experts worked on together is supposed to put things right. It will be presented at the conference in Munich.

"So that the cooperation with Russia can move forward at the NATO summit in May in Chicago," Ischinger told Deutsche Welle.

The US will repeat its familiar demands to Europe for a fair division of obligations within the defense alliance at the Chicago NATO summit at the latest. The Europeans have not agreed to it yet. For years, the defense budgets in all EU member states have stagnated. And a reversal of this trend is now more than ever not in sight as a result of the financial crisis in Europe.

In Munich, the parties want to sit down apart from the official summit diplomacy and seriously consider how to make a virtue out of necessity. Europe has to look for "synergy effects" and keep an eye out for possibilities of "pooling military capacities," Ischinger said - and this process has to continue. The reality looks different: the military leadership in Europe is still trained at 27 different academies. Seven different types of aircraft alone exist side by side in the air forces of the individual countries.

It is difficult for Europe to find a common formula in organizing its military cooperation, said Götz Neuneck from the Hamburg-based Institute for Peace Research and Security Policy.

"Not every country requires a large number of armed forces," Neuneck said. "But of course there has to be agreement in the context of a common foreign and security policy, as well as a joint arms control policy." The necessity to save could force Europeans to abandon their national egotism in terms of the military sector more quickly, he said.

Military reorientation in the US

The US has to save, as well. After the defense budget grew to a momentous $700 billion (533 billion euros) over the past years, the Pentagon wants to make due with significantly less funds in the future. The armed forces are supposed to become smaller and more effective. There will be cuts mainly in the marines and the army. Over the next five years, the Pentagon plans to reduce its active army by some 70,000 troops to 490,000 soldiers. Instead, there will be investments in Special Forces, drones and cyber security. 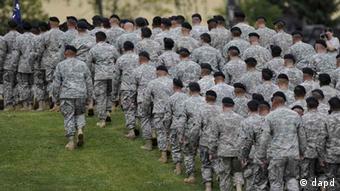 The US is pulling troops out of Germany

Two combat brigades will be pulled out of Europe. The number of US soldiers stationed in Europe will be cut from the current 80,000 to 70,000 troops. Europe as a result must take over more responsibility for its own security.

"The concern is that the US is giving up its close organic connection to Europe," Ischinger said. It's an issue that is expected to appear as a leitmotiv in many speeches at the Munich conference.

The Pacific region is replacing Europe as a new strategic hub for the US. The geostrategic reorientation of the US has become a certainty - at the latest since US President Barack Obama announced last November that this year, 2,500 marines would be stationed in northern Australia. In China, this announcement set off alarm bells. A core group at the Munich Security Conference travelled to Beijing last November and held talks with government officials there. This dialogue is supposed to continue in Munich. Ischinger said he hoped that Europe would as a result develop its own "active Asia policy" - to a certain extent as a corrective for the Asia policy of the US "in which there are fears that it concentrates too much on threatening military scenarios," he said.

The Munich Security Conference will not shy away from difficult issues, either. This is evident in the panel discussion with high-level participants on the European debt crisis. The central question will be how Germany has to date behaved in solving this crisis. In December, Polish Foreign Minister Radek Sikorski said during a speech in Berlin that he as a Pole was more worried about German non-action than German management. Sikorski will discuss these expectations with Frank-Walter Steinmeier, the Social Democrats parliamentary leader, and World Bank president Robert Zoellick, among others.

Zoellick even went a step further in a recent interview with the Financial Times. Though he commended efforts by German Chancellor Angela Merkel to push through more fiscal discipline in Europe, he critically noted: "These steps are not sufficient." The Germans had to put their cards "clearly on the table," he said.

Munich could during the weekend also be an interesting indicator of how much political leadership is expected from the Germans in Europe in the future.

At the 48th Munich Security Conference, starting February 3, global leaders and generals will tackle Europe's relationship with Asia and the impact of the Arab Spring. DW spoke with Chairman Wolfgang Ischinger. (28.01.2012)

The US military is to become a "leaner" fighting machine in future. DW's Washington correspondent, Christina Bergmann, says Europe should see this change as a sign of confidence. (06.01.2012)