Munich Security Conference: A symbol of division | News and current affairs from Germany and around the world | DW | 08.02.2015

The Munich Security Conference this weekend could have become a defining moment - a historic turning point in resolving the Ukraine crisis. As once before, it became symbolic of division, says DW's Christian Trippe. 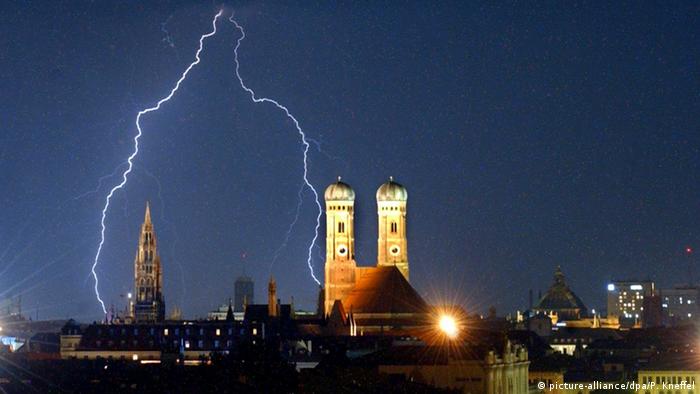 Does Russia have a long-term strategy? Or is the Russian president acting rather spontaneously to get closer to his goal of turning Russia into a superpower once again?

Foreign policy experts and analysts have been asking themselves this question for a year, ever since Vladimir Putin rocked the foundation of the European order by annexing Crimea and then proceeded to start a hybrid war in eastern Ukraine's Donbas region.

Russian Foreign Minister Sergei Lavrov is a welcome guest at the Security Conference. Among the powerful men in Kremlin, he is the only one who continues to do networking in the West and has thus managed to ease several political tensions in recent years.

But his appearance in Munich inspired horror, head shakes and laughter this time around. At times, Lavrov sounded like he was reciting lines. He used brazen propaganda that only allowed the false and dangerous conclusion that everything was the West's fault, because the West has systematically humiliated Moscow since the breakdown of the Soviet Union.

The logic follow-up from this way of thinking: everything Russia does now is simply an attempt at obliterating this two-decade-long humiliation and thus wholly legitimate. Lavrov's angry statement that the West behaved like it had won the Cold War after the fall of the Berlin Wall was especially revealing. Of course it did! 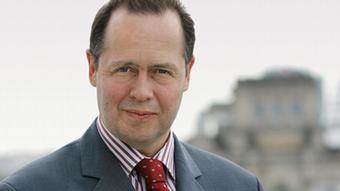 Self-delusion in politics has often led to an overestimation of one's own abilities and in turn recklessness.

In 2007, Lavrov's superior had already used the Munich Security Conference as a stage for an incendiary speech once before. Vladimir Putin had lashed out against NATO and the US eight years ago - out of the blue, as many perceived it back then.

Only looking back now it becomes clear that Putin's rejection of a "monopolistic world" was more than a rethorical challenge directed at the West. It was simply a precursor of Russian foreign policy to come: in Georgia, in Moldova, in Crimea and in eastern Ukraine.

Lavrov's disturbing appearance this year was something of a finishing touch.

When future historians are asked where and when the new Cold War started, they can point to Bavaria's capital. Munich stands for the new East-West confrontation, which only partly resembles the old one.

This time around, no one in the West wants this conflict that is lacking any ideological contours. Russia doesn't have an alternative society model to offer. Trying to oppose Western values with Orthodox-Russian ones seems like an effort without any appeal.

Russia's political leadership is acting against the country's best interests by putting aside rational arguments and offers and instead relies on pure power politics.

This is where another Munich conference comes to mind - the one from 1938. Western powers back then thought they could appease Hitler by giving him the Sudetenland without even asking Czechoslovakia, the country of which the area was originally a part of. This Munich and what it stands for is Ukraine's worst-case scenario: this is what could happen when a country becomes a pawn in the game between super powers.

At least Ukrainian President Petro Poroshenko will also be at the table when Germany, France, Russia and Ukraine meet in Minsk on Wednesday to negotiate a new ceasefire in Ukraine.

Whatever they agree on: it will not end the new East-West confrontation. For this, the fault lines that Russia created in Munich are already to deep.