A fair specializing in luxury goods for the extremely wealthy opens in Munich on Thursday amid a raging financial crisis and anger at growing inequality. Social groups will be out on the streets to protest the event. 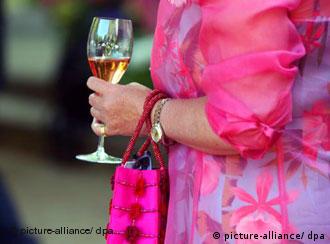 "Your wealth makes us sick," is the motto of the demonstration targetting the fair

It's tough being rich these days. Not only are the well-heeled seeing their assets plunge in value in the global financial crisis, now even small highlights on the social calendar, such as the "Millionaire Fair" in Munich, are at risk of being spoiled by a noisy group of social activists.

Among the protest actions planned for the opening day of the exclusive life style event is a symbolic slave market that aims to turn the spotlight on wage dumping in Germany and around the world.

"Our aim is not to pillory people, but to attack existing social conditions," said Walter Listl from the city's Social Forum. "Riches are the cause of poverty."

Just a few meters away from the entrance to the venue on Thursday, Oct. 16, demonstrators will be auctioning off cheap labor, singing anti-capitalist songs and staging sketches lampooning the bank bailout. Inside, visitors will be admiring private jets, high-end cars, lavish jewelry and haute couture.

This is the first time that the Millionaire Fair, first held in 2002, has taken place in Germany. Previous venues have included Shanghai, Moscow and Amsterdam. The affluent southern German city of Munich in the country's richest state, Bavaria, is an obvious choice. It also played host to the Luxury Fair earlier in the year.

Playground for the rich and famous 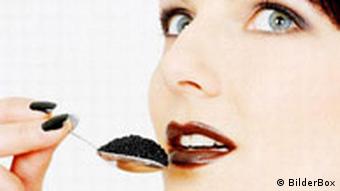 Refreshments at the fair include champagne and caviar

At 39 euros ($52) for an entrance ticket, you don't need to be a millionaire to get in. And who knows who you might rub shoulders with. Film stars like Joan Collins and Elizabeth Hurley and singer Bryan Ferry were among the guests at previous Millionaire Fairs.

For four days, some 100 firms will be setting out their stalls across 16,000 square meters of exhibition space. According to the official Web site, "the creme de la créme of luxury goods industry will be presenting their most beautiful one-off creations, the most exclusive products and unusual services to the event's discerning visitors."

Or as one supplier's press release puts it, the fair will offer "a cornucopia of all the most beautiful and luxurious things the world has to offer."

In Walter Listl's eyes, it represents "an obscene display of perverse wealth."

"According to UN statistics, a child dies every five seconds of malnutrition or from easily treatable diseases," Listl added. "They’re showcasing mobile phones studded with precious gems. We can’t just sit back and ignore that."

Germany's first Millionaire Fair is prompting Munich's Social Forum to break new ground. The network of some 40 local groups -- all with a decidedly anticapitalist bent, according to Walter Listl -- has not targeted specific events like this before.

"It's the first time that we have staged something a bit spectacular aimed at a particular event of this kind," Listl said. "We are doing it for very topical and acute reasons." 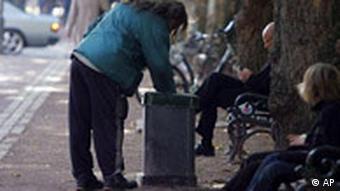 The gap between rich and poor in Germany is widening

The timing of the Millionaire Fair and the global financial crisis as well as the growing gap between rich and poor in a country whose express goal has been "prosperity for all" has got the social activists out on the streets. The motto of the demonstration: "Your wealth makes us sick."

"We're not planning to approach or talk to the millionaires or the wannabe millionaires," said Listl. "We want to bring public attention to the degree of poverty that exists in this country -- and elsewhere."

It remains to be seen how the two worlds will react to one another, or even to what extent they will even meet. There will be a police cordon around the venue. The organizers were unavailable for comment.

For the first time in ten years, Germany has witnessed a fall in the number of households under the poverty line, according to a new report published on Tuesday, Sept. 15. (16.09.2008)

A new study has found that by the year 2020, the number of people belonging to Germany's middle class could fall below 50 percent of the population if economic growth rates don't increase substantially. (05.05.2008)

According to a new social report issued by the European Commission, the gap in income between the rich and the poor in the EU is slightly less than that in the United States. (22.05.2008)

One in Eight Germans Lives in Poverty

One in eight Germans lives in the poverty and the divide between rich and poor is growing, according to a new government report. The labor minister said that's evidence Germany needs a minimum wage. (18.05.2008)