As details emerge of how a woman managed to slip past security, estimates are coming in for the financial damage. The airport director says the weekend of chaos could cost €1 million. 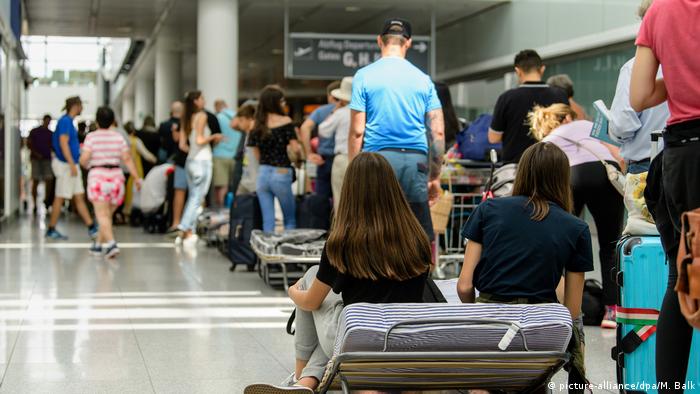 The bill for the consequences of the Munich Airport security breach could total more than €1 million ($1.2 million), the airport chief said on Monday.

Passengers suffered from two days of flight cancellations and long delays at the weekend as a result of a security scare that forced the evacuation of Terminal 2.

About 330 flights were cancelled and more than 32,000 passengers were left stranded from Saturday morning until Sunday afternoon after a woman entered the secure area of the airport without going through security.

The entire terminal including departure lounges and its satellite terminal were evacuated, leaving thousands of passengers in the lurch. Flights remained grounded for seven hours on Saturday.

The ensuing chaos led passengers to complain about a lack of information, and as temperatures rose, several people were treated by paramedics.

Local media reported that, at one stage, the fire brigade was deployed to blow fresh air into special large ventilators.

A spokesman for the airport said flights by Lufthansa and its partner airlines, and those carriers belonging to Star Alliance, were the worst affected as they fly exclusively from Terminal 2. 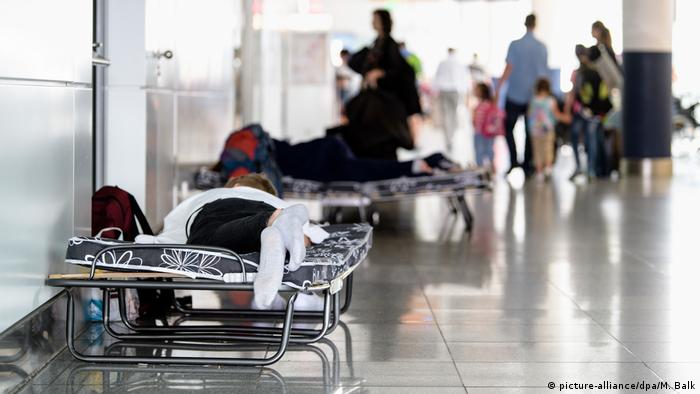 Some 700 people spent the night on camp beds at the airport as authorities struggled to accommodate all stranded passengers in hotels.

Germany's second biggest airport after Frankfurt was particularly busy at the weekend due to the start of the summer holidays in the southern German state of Bavaria.

The evacuation was triggered after a 40-year-old woman slipped past security inspectors. The responsible inspector of the state-owned security company at Munich Airport was reportedly distracted by a conversation with colleagues. At that moment, the passenger passed through unchecked.

Another security guard noticed the error and asked colleagues to bring the traveler back, but she could not be located. Security officers informed a superior about 15 minutes later. The district government was then alerted who then informed the federal police.

Federal police in Bavaria said the woman had been identified after hours of unsuccessfully searching for her, and said she was unlikely to face charges. By the time the airport was cleared she was already on her plane and had managed to avoid the chaos.

Berlin International Airport's chief hopes to save the country from further embarassment with his "BER Lite" project. The plan would see the airport open "metal boxes" instead of the elegantly designed main terminal. (12.12.2017)