Just days after leaving jail, ex-leader Hosni Mubarak has appeared in court in a retrial in the deaths of protesters in the 2011 uprising. Meanwhile, Muslim Brotherhood leaders must wait two more months to stand trial. 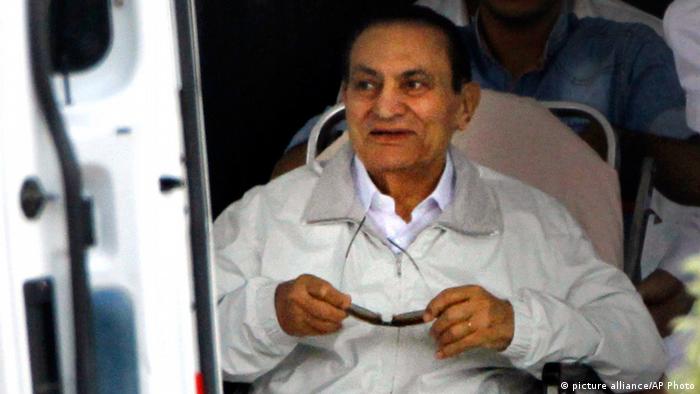 Egypt's long-time president, Hosni Mubarak, was flown from a military hospital - where he has been held under house arrest for several days - to a Cairo court on Sunday to attend the retrial of a case stemming from 2011.

The 85-year-old ex-president appeared in court alongside his two sons, who face corruption charges in a separate case.

After military and police forces killed hundreds of people, Egyptians are left wondering - and fearing - what the future holds. DW examines recent events in the country and what could be in store for Egypt. (25.08.2013)

The hearing lasted for around three hours, after which the judge scheduled the next session for September 14, pending further investigation.

Mubarak received a sentence of life in prison last year for complicity in the death of civilians during the popular uprising in early 2011 prior to his forced resignation. However, he was allowed to leave prison this week after a court heard the last of four separate charges brought against him.

Authorities have kept Mubarak under house arrest at the military hospital, citing Egypt's current state of emergency imposed amid heightened tensions between the interim government and supporters of ousted President Mohammed Morsi.

Meanwhile on Sunday, a separate Cairo court adjourned the trial of three Muslim Brotherhood leaders until October 29. The presiding judge postponed proceedings because none of the defendants could appear before the court due to security concerns, according to judicial sources.

Muslim Brotherhood spiritual leader Mohammed Badie and two of his deputies - Khyrat al-Shater and Rashad Bayoumi - face charges of inciting violence several days before the Egyptian military removed Morsi from power. Prosecutors allege they were involved in the deaths of several protesters who had stormed and ransacked the Muslim Brotherhood's Cairo headquarters on June 30, as people took to the streets to call for the president's ouster.

Egyptian authorities arrested Badie, 70, earlier this week after receiving information about his whereabouts. They reportedly found him in an apartment in the Nasr City district in eastern Cairo. His hiding place lay in the vicinity of the Brotherhood's largest sit-in site, which Egyptian police forcibly cleared last week, sparking deadly clashes that continued for several days between security forces and civilians.

The military's removal of Morsi from power in early July has heightened tensions between Muslim Brotherhood members - whose backing helped bring the first democratically elected president to power in 2012 following the downfall of Mubarak's regime the previous year - and the opposition, which seeks fresh elections.

Muslim Brotherhood leaders and midranking members have since evaded authorities who have worked to quash mass calls for Morsi's reinstatement through crackdowns and arrests.

At least 900 civilians have died in the worst violence Egypt has seen since the Arab Spring uprising in 2011.