A corruption scandal has shaken Mozambique to the core and turned it into an international pariah. This week, legal proceedings against 19 defendants have kicked off. But are the real culprits on trial? 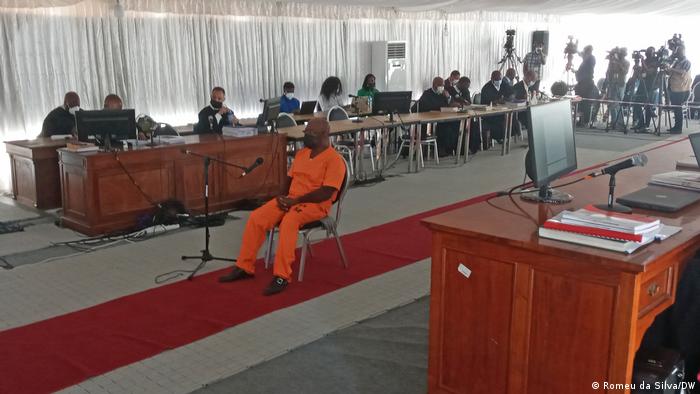 Between 2013 and 2014, three Mozambican state-owned companies, ProIndicus, Ematum and Mam, took out €1.76 billion ($2.08 billion) in loans. The colossal amount of money came from Credit Suisse and the Russian bank VTB, among others. These funds were allegedly meant to finance maritime surveillance, fishing and shipyard projects.

No projects materialized, and the operation is believed to have covered up extensive corruption for the benefit of people close to the government. The debts were concealed from the public and the international community, which finances a big part of the Mozambican national budget. Western donors temporarily suspended financial aid. Maputo had to stop repaying debts. Its metical currency collapsed, resulting in the country's worst financial crisis since independence in 1975.

The trial of, among others, Ndambi Guebuza, son of former President Armando Guebuza, and Gregorio Leao, former head of the security services, on charges of blackmail, embezzlement and money laundering is being aired live on television. 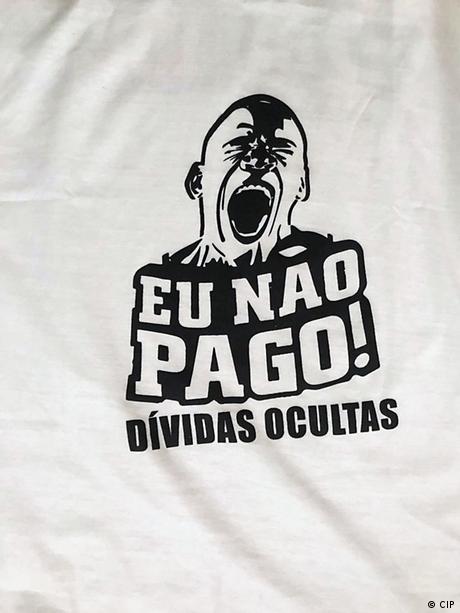 Many Mozambicans believe that the judicial proceedings show that the authorities are finally getting serious about fighting corruption. "It is a new era for us. Once, it was not common to try these kinds [of cases], to put entities and powerful figures on trial," one citizen told DW in the city of Quelimane.

Author and researcher Joseph Hanlon offered a more skeptical note. His doubts come from the fact that no high-ranking person is on trial. "[President Filipe] Nyusi gave a speech a couple of days ago in which he made clear that the people who are corrupt are the junior people, the managers or perhaps governors, district administrators, but not the people at the top," Hanlon told DW.

Some Mozambicans disagree with their president. Venancio Mondlane, a representative of the opposition party RENAMO, named those he sees as missing among the defendants: "I am talking about the former president of the Republic, Armando Guebuza, the current President Filipe Nyusi," Mondlane said. He also named the managers and directors of the Bank of Mozambique and the Administrative Court. "I am talking about the clear involvement of some Mozambican law firms that were, from the beginning, advising these companies," he told DW.

Former Finance Minister Manuel Chang, who was arrested in neighboring South Africa in 2018 on a US warrant, could have been the exception. But he is at the center of a tug of war between Washington and Maputo, who both want him extradited to answer corruption charges related to the debt scandal.

Mozambican civil society supports Chang's extradition to the US but not to Mozambique. "They [Mozambican government] will be very careful that, if he is on trial, any sentence will be served in South Africa, so that he will get off quite easily in exchange for keeping quiet," said Hanlon. On the contrary, in the US, Chang could enter a plea bargain that would involve revealing details of the scandal, which may not be in the best interest of Mozambique's oligarchy, the analyst told DW. 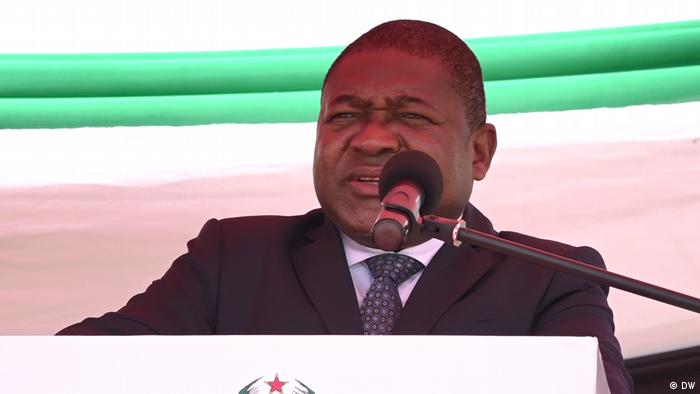 During the trial this week, several defendants pointed accusing fingers at others. For example, asked about his involvement in the coastal protection project at the origin of the hidden debt, Ndambi Guebuza said the question should be directed at President Nyusi: "As minister of defense,  Nyusi was part of the Joint Command [of the Armed Forces]," Guebuza said.

Guebuza is suspected of being a facilitator for his father, former President Armando Guebuza, who will testify. The statesman will have to tread carefully amid an ongoing political battle pitting him against Nyusi within the governing FRELIMO party. "They are fighting to control who is named as the next president," Hanlon said. "At least some of Nyusi's supporters want the constitution changed to allow him to run for a third term. I think that's unlikely. But they both want to control the succession, and it's a really very bitter battle."

Though skeptical, Hanlon, who lived in Mozambique for long stretches of time, says the process also gives reason for cautious hope, as it shows up the arrogance of the oligarchy.

"[Defendant Teofilo] Nhangumele said he got a million dollars, but it wasn't all that much, so he couldn't remember what he did with it. For people who are earning three dollars a day, that is a reminder of just what the wealth gap looks like in Mozambique."

Huge gas fields found 10 years ago turned Mozambique into a potentially rich country. But the discovery compounded corruption, a major concern in a nation of 30 million, where, according to the World Bank, half of the population lives below the poverty line.

Romeu da Silva and Marcelino Mueia contributed to this article.