Sophia Danenberg was the first Black woman to climb Everest but few paid any attention. She believes the Black Lives Matter movement can have a positive imapct on a pursuit that sometimes lags behind on racial equality. 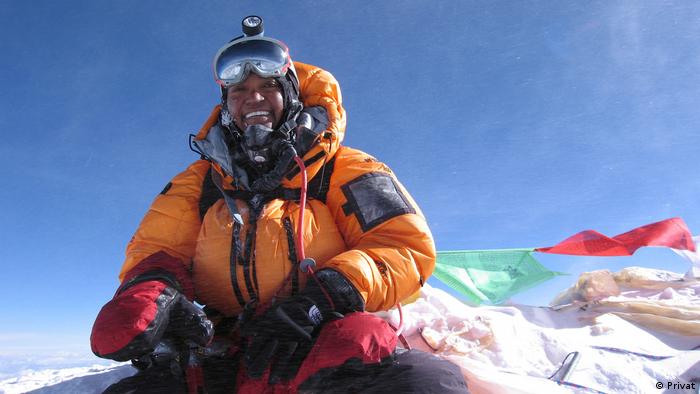 Imagine you climbed your way to the top of Mount Everest and no one seemed to care. That's what happened to Sophia Danenberg after she climbed the highest mountain on earth on May 19, 2006, becoming the first Black woman and the first African-American to do.

"A friend in Connecticut, where I lived at the time, was a freelance journalist and wanted to write an article about me for the big local newspaper there. But they rejected the story," says Danenberg. It wasn't until a magazine in Chicago printed an interview with her that the US media machinery started cranking in to gear.

It is no coincidence that the story almost got lost. To this day, people of color are the exception in US mountain sports. According to Danenberg, mountaineering is "not a sport like American football, basketball, baseball or soccer that you see on TV and that could one day make you rich and famous." This phenomenon has become known as the "adventure gap."

On the other hand, she says, many Black people "haven't even tried to go hiking." When Danenberg was young, "most of the Black people I knew weren't even aware of mountaineering, but still had some interest in it." However, climbing was, and still is to a large extent, a white sport. 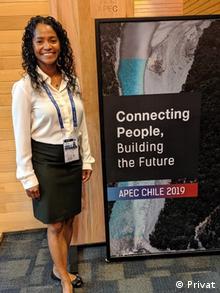 Danenberg has never let latent or open racism put the brakes on her. The daughter of a Black doctor and a Japanese mother, she grew up in Chicago and studied chemistry and applied mathematics at Harvard. When a new course in environmental sciences and public policy was established at the renowned university, she changed her mind and passed with distinction.

She started her professional life as a specialist in green technology for a US company before moving to Boeing in 2009. There she leads the department that analyzes international policy in environment, health and safety. Danenberg maintains contact with global companies and organizations such as the United Nations, the Organization for Economic Cooperation and Development (OECD) and the Asia-Pacific Economic Community (APEC).

She is also involved with the Democratic Party. She supported Barack Obama in his presidential election campaign and was a delegate to the 2008 Democratic Election Congress in Denver. Mountaineering and climbing are still Danenberg's best method of coping with the various demands of her life.

In 2006 on Mount Everest she didn't feel particularly unusual: "The base camp is incredibly diverse and international, so it's hardly possible to feel exotic." However, she admits, she was already a bit "out of the ordinary" back then, "not only because of my brown skin color, but also because I was small - and a woman. Some people suspected I might have come from India or South Asia. One Sherpa even said he thought I might be Nepalese, except that I had 'better hair.'"

Danenberg says she rarely felt discriminated against on the mountain, though, looking back, perhaps she didn't register more minor barbs. "You get used to simply ignoring many things," she says before adding that "it was my white male climbing partners who noticed that I was treated differently and who were annoyed about it on my behalf."

It was only gradually that she began to realize that she was discriminated against as a black woman: "It was constantly assumed that I was not a climber, at best a beginner. Even when I taught my boyfriend to climb, everyone assumed that he was teaching me. I was clearly the one who was leading."

Today she is a role model for young Black female mountaineers while organizations like "Brown Girls Climbing" in the US, now offer climbing courses especially for young people of color.

Danenberg is pleasantly surprised that the Black Lives Matter movement has made such a big splash internationally. "The worldwide support is amazing. I am cautiously optimistic that we in the USA are on the threshold of fundamental change," she says.

It's clear, though, that mountaineering is lagging behind somewhat: "However, I believe that in the next 10 or 15 years there will be more and more Black climbers," adds Danenberg. "And as more Black people do it and teach their children and their environment, I expect the number of Black climbers to grow exponentially."

Their achievements on the mountain are likely to make the headlines more easily than Sophia Danenberg's own 14 years ago.

Mariam Ktiri reached the summit of Mount Everest on May 22, only to get stuck in a traffic jam in the mountain's "death zone" on her descent. The German-Moroccan mountaineer talked to DW about the experience. (15.07.2019)

The wreckage of a plane which crashed with 22 people on board has been located in the Himalayan mountains in Nepal. Rescuers have so far recovered all but one of the bodies. The plane was carrying locals and tourists to a mountain town.