The Cold War came to the Olympics in 1980 as the United States led the way in a mass boycott of the Moscow Games in protest at the Soviet Union's 1979 invasion of Afghanistan. 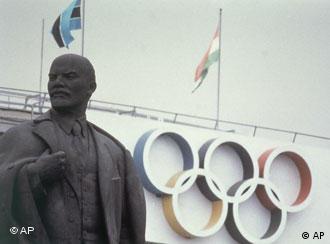 The Olympics have always tried to be a politics-free event but in 1980, it became a pawn in the on-going Cold War cat-and-mouse between the two superpowers; the United States and the Soviet Union. 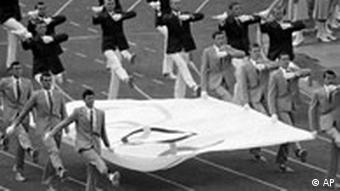 The Olympic flag was used more times than ever before

Eighteen months before the Moscow Games, the Kremlin had ordered its troops into Afghanistan to support the government of the Marxist People’s Democratic Party against mujahadeen insurgents, supported (overtly and covertly) by the likes of the US, Saudi Arabia and Pakistan. Soviet soldiers of the 40th Army rolled into Afghanistan in August 1978, beginning a devastating nine-year war which bombed most of the central Asian nation back into the Dark Ages.

The invasion increased the tensions between the superpowers in a Cold War which had already rumbled on for over 30 years.

In an attempt to force the Soviets to pull out of Afghanistan, President Jimmy Carter issued an ultimatum that the United States would boycott the Moscow Games if Soviet troops had not withdrawn from the country by 12:01 a.m. Eastern Standard Time on February 20, 1980. After the deadline passed and the Soviet-Afghan War continued unabated, Carter confirmed the boycott of the Games on March 21.

Athletes allowed to compete despite boycott

The US was joined in its boycott by the likes of Japan, West Germany, China, the Philippines and Canada. The United Kingdom, France and Greece supported the boycott but allowed their athletes to participate if they wished.

The United Kingdom and France sent a much smaller delegation of athletes than usual. However, the UK delegation was the largest from Western Europe, with 170 athletes applying to compete.

The nations that fully boycotted the Games held their own event in the Philippines. 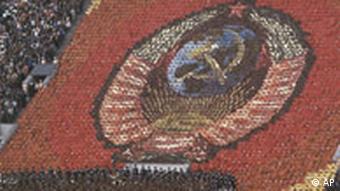 The Soviet Olympics - and its war - went ahead regardless

Those athletes attending from boycott nations were joined by those from fully participating countries in marching under the Olympic flag, and not their own at the opening and closing ceremony in support of the Games and not the political maneuvers that had drastically affected a number of events.

During the closing ceremony, the traditional unfurling of the flag of the next Olympic host nation, in this case the United States, was adapted. Instead of the Stars and Stripes, the flag of Los Angeles, the next host city, was used.

The Olympic anthem was also played at medal ceremonies in favor of the national anthems of winning athletes from boycott nations. As a result, the Olympic flag and anthem were used on a number of occasions.

Despite the disruptions to many events and the fact that only81 nations participated, more world records were set in Moscow than in the previous Games in Montreal in 1976. 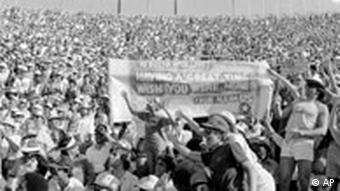 "To Russia With Love! Wish You Were Here"

In what appeared to be a tit-for-tat boycott, the Soviet Union and 14 Eastern Bloc countries would boycott the 1984 Olympic Games in Los Angeles. Iran and Libya also boycotted for different reasons than revenge for the Moscow boycott.

The Soviets stated that their decision not to attend came from security concerns and "chauvinistic sentiments and an anti-Soviet hysteria being whipped up in the United States."

Just as the US-led boycott nations had done in 1980, those refusing to take part in the 1984 Games held their own.

Boycotting countries organized their own major events over July and August 1984, called the Friendship Games which featured 50 nations and which took place in nine countries.

Top European leaders, including the bulk of Europe's royals, will not attend the opening of the Olympic Games on August 8 in Beijing. The human rights controversies have caused many leaders to keep their distance. (02.07.2008)