Top European leaders, including the bulk of Europe's royals, will not attend the opening of the Olympic Games on August 8 in Beijing. The human rights controversies have caused many leaders to keep their distance. 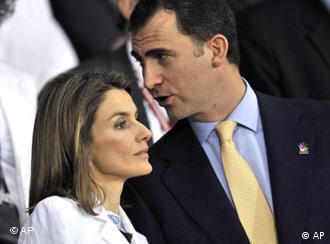 Holland's Prime Minister Jan Peter Balkenende along with Dutch Crown Prince Willem-Alexander and his wife Maxima will be among a select few European royalty traveling to Beijing.

Of all 27 European Union member states, only Finland, Latvia and Romania will send their presidents and prime ministers, according to a letter sent to Dutch parliament on Wednesday, July 2.

Due to the human rights concerns surrounding China, most other European countries are represented by ministers or lower diplomatic representatives. Formally, the Dutch crown prince is said to be present only in his capacity as member of the International Olympic Committee (IOC).

Dutch legislator Joel Voordewind, who has pushed for an international boycott of the opening ceremony to protest China's human rights record, repeated his call for Prime Minister Balkenende to send a lower political representative to China.

"It is possible to take part in the games but skip the party before hand," Voordewind had said earlier this year when calling for the Boycott. "Such a ceremony is only intended to glorify the host, China."

French President Nicolas Sarkozy has not yet decided about his presence but the German government will not attend the opening ceremony at all, nor will the Italian president.

Olympic Sponsors Between a Rock and a Hard Place

The Beijing Olympics sponsors want to prevent international outrage over the situation in Tibet from morphing into a backlash against them. DW-WORLD.DE spoke to one of their advisors about what can be done. (25.04.2008)