Morocco boasts success fighting terrorism | News and current affairs from Germany and around the world | DW | 03.03.2017

As German Chancellor Angela Merkel visits Tunisia to discuss refugees and terrorism, Morocco is showing its regional neighbors how it's dealing with the latter. Willemijn de Koning reports from Rabat. 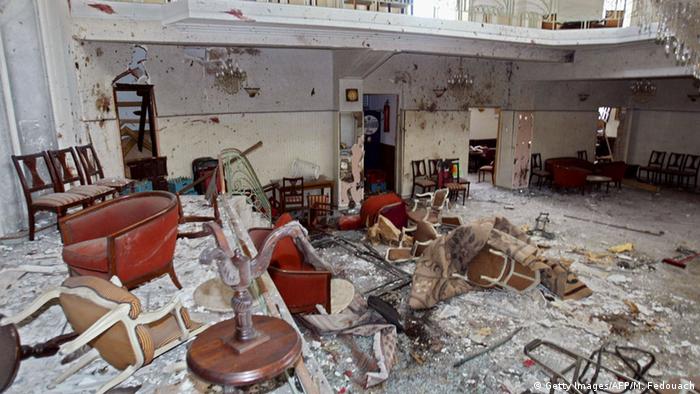 In 2003 and 2011 Morocco was targeted by terrorist attacks in Casablanca and Marrakesh - a shock to the country in the Maghreb region. "Morocco was really surprised by those attacks, especially in Casablanca," says Mohammed Benhammou, an adviser to the Moroccan government on how to fight terrorism. With his help, the North African country has been pouring its resources into fighting radical Islam and terrorism to make sure such attacks are not repeated.

One of those instruments is a new law that aims to crack down on terrorism and related activities. Anyone potentially preparing terrorist activities such as traveling to countries like Libya, Syria or Iraq and carrying out attacks either in those countries or in Morocco will face jail. This is where Morocco is going a different way compared to its neighbors, keeping an eye on it nationals not only at home but also abroad.

To be able to do that efficiently, Morocco launched its own version of the FBI, the Bureau Central d'Investigation Judiciaire (BCJI). Since it started its work in 2015, it has reportedly uncovered 40 terrorist cells and arrested almost 600 people.

The numbers are impressive but, says Benhammou, they come as no surprise. "They work really well together with other countries. That's important, because terrorism outside Morocco can also be dangerous for us. For example, a little while ago terrorist suspects from Chad and Tangier were arrested because they were preparing attacks there. And we share all our information with European countries, because we all have the same enemy - terrorism," he told DW.

Indeed, Morocco was one of the countries to warn Germany about the Tunisian man who was behind the attack last year at a Christmas market in Berlin. But now more than ever the BCJI has to focus on it's own country. Ever since the "Islamic State" (IS) group began expanding in North Africa, Morocco has been facing an increasing threat. According to Adelhak Khiame, director of the BCJI, IS is specifically targeting Morocco by sending people who are not known to the intelligence services to form sleeper cells. "They even try to brainwash young girls on the internet to recruit them for an attack here," Khiame told DW. The BCJI says it recently uncovered a cell made up of mainly minor-aged girls. 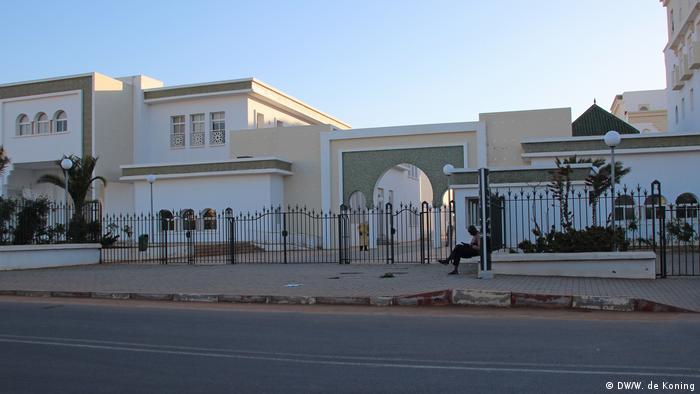 The bureau is just one part of Morocco's strategy. In an attempt to nip the problem in the bud, the country is going back to school. In an effort to stop muslims from becoming extremists, the country has been educating its own imams for the past 10 years. In 2015 they took that one step further and opened an imam school where imams from all over the world can study and teach moderate Islam.

The school in Rabat currently hosts 250 Moroccans (100 of them are women) and 675 students from Mali, the Ivory Coast, France, Niger and French Guinea. Students are taught to accept different opinions and values. "People have different religions and cultures. Therefore, we need dialogue and acceptence from all sides," the director of the school, Abdessalam Lazaar, told DW. 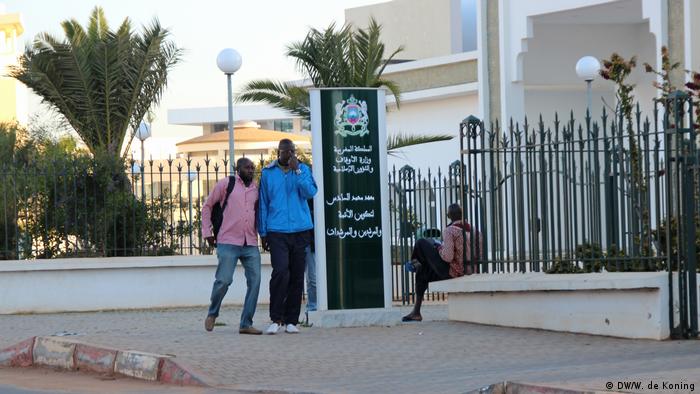 But becoming an imam is not a cure-all. A lot of young people who are poor see life as a jihadist as an attractive alternative. The institute therefore tries to counter those developments by offering courses in economics, history, philosophy and French. And those that do go on to preach in a mosque in Morocco are under strict vigilance, says Lazaar. "If someone exceeds the limits of the state's religious understanding, then he must be excluded."

Vigilance is key in Morocco and people on the streets are aware that it is necessary. "Not only to stop terrorism, but also to protect the monarchy," a young man from Rabat, who wished to stay anonymous, told DW. "A friend who worked for the police, once told me that I must not talk so much about problems in the country and just do my thing."

A young woman from Casablanca shrugs her shoulders. "Everybody in Morocco is aware that you are being watched. If they have to do that to stop terrorists, we're okay with that, we have nothing to hide." The young man from Rabat agrees, but confesses that sometimes he's a bit afraid. "I have a friend who has some weird ideas and put them on Facebook. A lot of his friends unfriended him because they - like me - don't want to be watched because of him. I have nothing to hide - but you don't know what they think. And here you don't have the same rights as in other countries."

Government advisor Benhammou says Morocco's methods are working. Aside from the arrests, fewer people from Morocco sign up with IS than from other North African or Middle East countries. According to The Soufan Group, an international strategic consultancy firm, around 1,200 Moroccans traveled to Syria as of October 2015, while 6,000 came from Tunisia. "And bear in mind that Tunisia is four times smaller then Morocco," said Benhammou.