More women, people with disabilities want to be European astronauts

The European Space Agency is recruiting new astronauts for the first time in 11 years. There's been a rise in female candidates and 257 applications from people with disabilities. 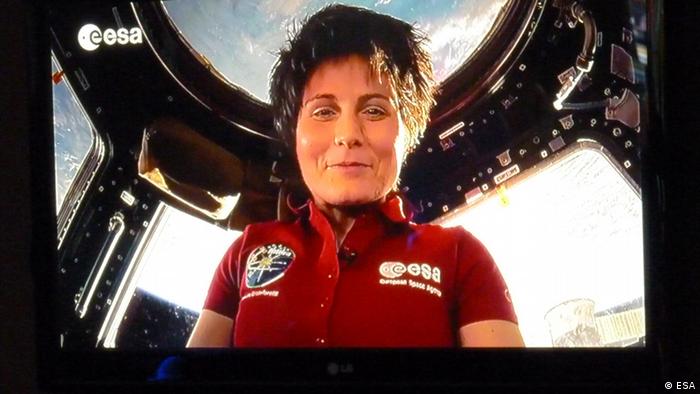 Just over a decade since its last astronaut recruitment drive, and after a two-and-a-half month call for applications, the European Space Agency has begun the mammoth task of sifting through "a stunning" 22,589 candidates.

Applicants are still largely men (76%), but the number of candidates that are women has risen to 24% compared to ESA's previous recruitment drive in 2008. Last time, women made up just 15% of the applicants.

There are 257 candidates with disabilities, with the most coming from France, Germany, Italy and the UK.

These preliminary figures released by ESA on Wednesday, June 23, 2021, do not, however, give any indication of the number of non-binary candidates, those who identify neither as a man or woman.

Speaking during a virtual press conference, ESA's Director General Josef Aschbacher said the number of candidates was "historic," given that it was only for "a handful of jobs."

A handful of very special jobs

ESA wants between four and six new astronauts, plus a reserve of about 20, and one "parastronaut" — an astronaut with a physical disability.

Last time, a total of 8,413 candidates applied for jobs as astronauts. That produced six European astronauts in the Class of '09, including Samantha Cristoforetti, Alexander Gerst and Timothy Peake. And they are still active — Thomas Pesquet, for instance, is at the International Space Station (ISS), doing space walks at the time of publication.

But "we [still] have work to do in space, exploring space and using it as a place to live and work," said David Parker, ESA's Director of Human and Robotic Exploration.

That work includes a European Robotic Arm, which launches next week to support astronauts' work at the ISS, and teams are currently preparing the first launch of an Orion spacecraft for future exploration of the moon. 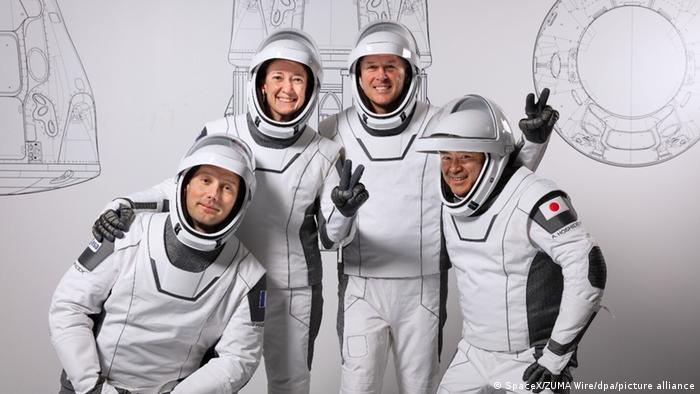 Then there's the vision of humans going to Mars. But that's further down the track.

"It takes quite a long time, over 10 years, to fly a class [of astronauts] twice," wrote Parker in an email to DW. "ESA has the right to about 0.7 flights to the ISS per year, based on our 8.3% share of ISS costs. We do have new opportunities with three Orion flights to plan for, but six astronauts in the corps already."

Parker says ESA would like to fly its astronauts even more often but says that demands a bigger program cost for ESA member states.

"So, we are trying to get the balance right and be fair to the ones already in the corps and the ones about to be selected," he says.

ESA called for applicants with a master's degree or higher and at least three years' experience working in the fields of natural sciences, medicine, engineering, mathematics or computer sciences.

People with physical disabilities could apply if their disabilities fit specific criteria set out by ESA's "Parastronaut Feasibility Project." Those criteria are defined by ESA as including shorter than average stature, leg length differences and lower limb "deficiencies."

The educational and psychological requirements were the same for all applicants.

'Space has arrived in Europe'

Guillaume Weerts, ESA's Director of Space Medicine, said that with more than 20,000 applicants the current recruitment drive had risen by 260% since 2008.

"We wanted more than in 2008 but that much more is really impressive, and there are applicants from many more countries as well," said Weerts at Wednesday's press conference. "And the other good news is the increase in female candidates. It goes up over 30% in some countries, which is marvelous."

Countries with the highest number of female applicants include Estonia (38%), the Netherlands (30%), Germany, Ireland and the UK (28%). 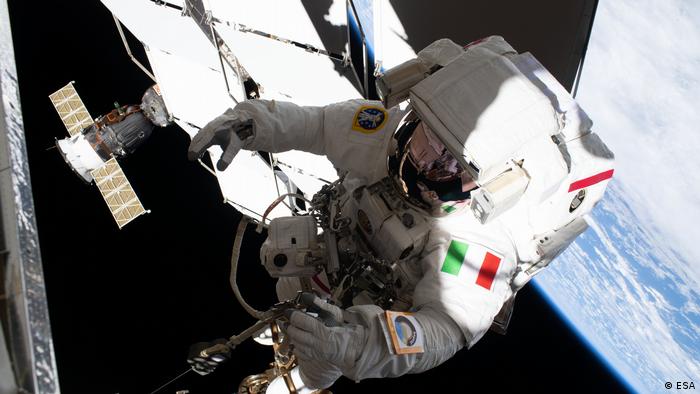 ESA's Class of '09 astronauts, including Luca Parmitano seen here, will be joined by another four to six European astronauts in 2022

Weerts stressed that the figures were not yet final. Some have complex nationality issues, he said, and others were "really funny"… Well, you always need a joker in the pack, don't you?

You can find a full list of the preliminary numbers by country and gender here.

Aschbacher raised an interesting point about the number of applicants from non-eligible countries.There were 30 in total, among them three from Iran, four from the US and five from India. He alluded to a new competitive landscape for which Europe must now prepare.

"We've just witnessed China sending three taikonauts to its new space station," said Aschbacher, responding to a question from DW. "NASA takes astronauts to the ISS, and the same applies to Russia, and India and other countries may come up as well. So, this is important for Europe strategically, and our astronaut selection process is part of that."

What will ESA's new astronauts do?

ESA's future includes the ISS, he said: "That's an obvious one." Although a question does still hang over the ISS and how long it will remain in active use beyond 2028.

"We're also thinking about the Lunar Gateway and the moon as destinations of the future, and eventually beyond," Aschbacher said. "And that means towards Mars as a longer-term ambition."

This new crop of astronauts will play their role in realizing those ambitions, he said, although he was keen to avoid preempting any future decisions that may be decided after a major summit in spring 2022.

A parastronaut and 'meaningful science'

At least one astronaut with a physical disability — described by ESA as a "parastronaut" — will work with the agency to assess current space hardware and help find solutions to any problems that it poses for people with disabilities.

Parker says it was "an experiment." They didn't even know whether they would get any applications from people who wanted to work with ESA to "prepare the road for a person with physical disabilities to fly to space and do a useful mission."

But they have an answer now — 257 times over. And 60 of those applicants are women, which is roughly the same proportion as among those without physical disabilities.

"We want them to do a real job, it's not about being a space tourist," said Parker in response to DW. "Astronauts do science and technology on the ISS and we want to establish the feasibility for the parastronaut to do meaningful science."

The plan is for that to happen in the next few years.

But first, there will be another a year-and-a-half of psychological, practical and psychometric tests, medicals, and interviews starting next July, before any new astronauts will be appointed — at the earliest in October 2022.

The European Space Agency is recruiting new astronauts and looking to diversify their celestial crew. Do you have what it takes?