The United States wants to provide additional military support to the Syrian rebels. Both sides in the conflict are already getting weapons from abroad. Will the weapons of war increase the chances for peace? 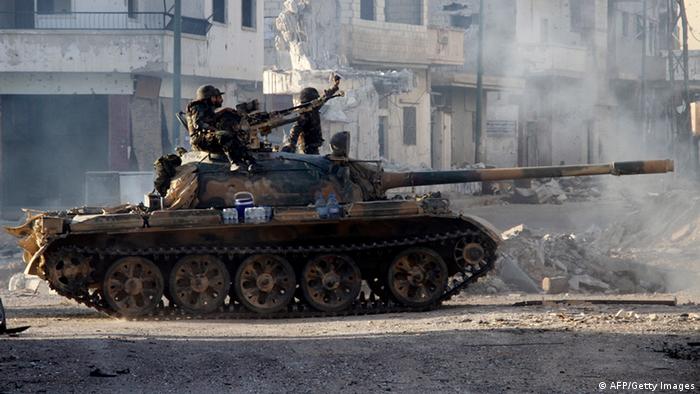 Rebel forces in Syria are coming under increasingly heavy pressure. Two weeks ago they lost the strategically important border town of Qusair, where Lebanese Hezbollah fighters helped Syrian government troops to gain the upper hand. And on Friday (14.06.013) there was more fierce fighting in Aleppo, the country's second-largest city.

No wonder, then, that US President Barack Obama's decision was given an enthusiastic reception by the rebels. "This is what we've been waiting for," explained Khalid Saleh, a Syrian National Council spokesman. "The Hezbollah fighters are already considering advancing on Aleppo. Our people urgently need weapons in order to defend themselves." 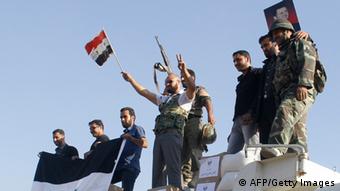 So far, though, it remains unclear what form the additional US military support could take, and when exactly it would arrive in the war zone. Ben Rhodes, Obama's deputy national security adviser, did not go into details when making the announcement. However, he did not rule out either arming the rebels or establishing a no-fly zone.

Obama's security advisers may choose to remain vague, but the Wall Street Journal reports that the president himself has already approved arms deliveries to "moderate rebels." The US government has been skeptical about taking this step, because of fears that the weapons could fall into Islamist hands. It seems to have changed its mind following allegations that the Assad regime had crossed a "red line" by using chemical weapons.

Assad's troops have a military advantage

The government's troops are far better equipped than those of the rebels. "The rebels' biggest problem is ammunition," explains Michael Brzoska, director of the Hamburg Institute for Peace Research and Security Policy. "It gets used up very quickly."

He adds that the government side still has a major advantage over the rebels in terms of heavy weaponry. Assad's opponents are, he says, fairly well-supplied with small arms, and they also have a few tanks, artillery or anti-aircraft missiles that they have captured from government forces. What they do not have is a functioning anti-aircraft defense to protect them against the Syrian air force's helicopters and planes. 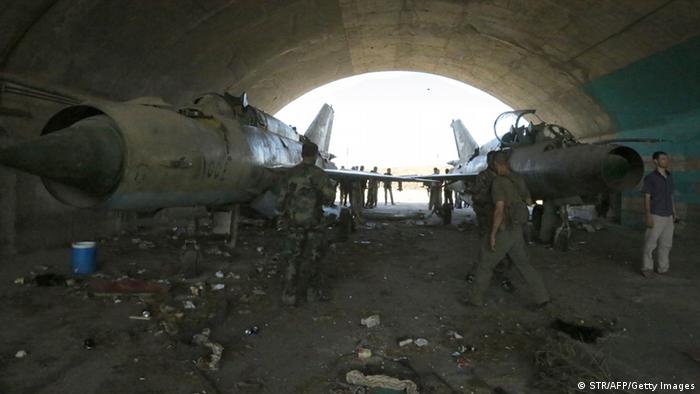 So far, the rebels have been getting most of their arms from Saudi Arabia and Qatar, which are allied with the West. Most of the deliveries, especially small arms and munitions, are smuggled into the country via Turkey or Iraq, but Assad's opponents are also getting arms from dealers in Lebanon.

The United States has clearly sanctioned the arms supplies from Qatar and Saudi Arabia, but until now, the Americans themselves have only supported the rebels with so-called "non-lethal" military equipment, such as bulletproof vests or night-vision goggles. US advisers are also being sent to Jordan to train the rebels.

The European Union's arms embargo on Syria ran out at the end of May. So far, the EU states have been unable to agree on an extension. France and Britain oppose it, and both are considering supplying arms to the rebels. There are rumors that some European states already have. 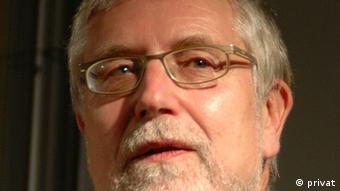 The German government, on the other hand, is against arming the rebels, fearing that this may lead to an escalation in the conflict. Peace researcher Michael Brzoska also believes it would be a bad idea. He argues that supplying weapons would only mean that the war drags on, and possibly intensifies, as the rebels would be better equipped.

The latest developments, he says, do not bode well for the Syria conference being planned by the US and Russia. "The problem is that both sides in Syria believe that they can win this conflict by military means," Brzoska says. There is therefore little incentive on either side to negotiate: yet Brzoska believes that, ultimately, this is the only way the conflict can be resolved.

Brzoska is also against imposing a no-fly zone over parts of the country. "That, too, would be a further escalation," he says. The government's anti-aircraft positions would have to be taken out, which would constitute a "massive intervention" in the civil war. Yet even this, in Brzoska's opinion, is unlikely to weaken the government troops to such an extent that they would decide to abandon the fight.

More and more Western states now want to arm the Syrian rebels - but with Iran and Russia on its side, the Assad regime has no shortage of supplies, either. Tehran is sending small arms and trainers, and there are rumors of Iranian fighters alongside government troops. Russia also remains a staunch supporter of Assad, supplying him with fighter jets, anti-aircraft missiles and helicopters.

Ultimately, however, the United States, Saudi Arabia and Russia are all using the Syrian civil war to pursue their own ends. Syria has become an arena in which geopolitical power struggles are being played out - and it's the Syrian people who are paying the price.

Washington is convinced that the Syrian army has used poison gas against rebel forces. So far, there is no hard evidence, but if true, it is a grave breach of international law. (15.06.2013)

The US decision to provide direct military assistance to Syrian rebels could mean an escalation of the conflict. The use of chemical weapons was said to be the tipping point, but it's not the real reason, say some. (14.06.2013)