Italy's Planpincieux glacier in the Mont Blanc mountain region is melting at an accelerated rate, alarming nearby residents in Aosta Valley. The section of the glacier concerned weighs around 250,000 tons. 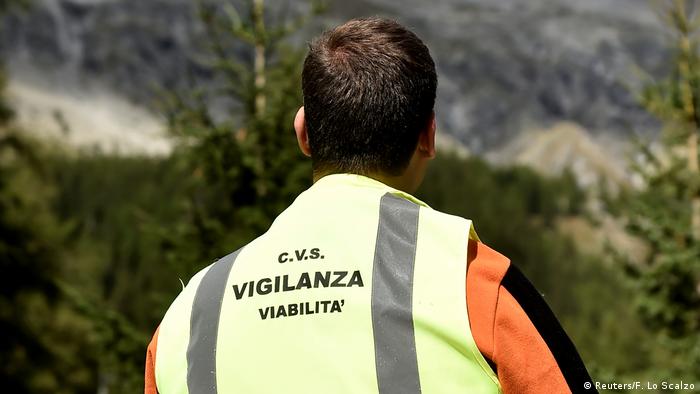 Experts warned that a massive glacier on the Italian side of Mont Blanc is melting at an accelerated rate and is close to collapse.

Authorities attributed this year's intense summer heat as the reason behind the melting glacier close to the northern Italian town of Courmayeur.

"With the anomalous summer heat recorded in August and the first half of September, the glacier is melting at an average of 35 centimeters (13.7 inches) per day, with peaks of 50/60 centimeters on some days," said Moreno Vignolini, Courmayeur's town spokesman.

Vignolini dismissed claims that the melting process threatens to destroy the town below. "There are no homes, only a few unoccupied chalets," he reassured.

However, he warned that a chunk of the glacier is in danger of crashing into a valley parallel to the Courmayeur valley. The section of the glacier concerned weighs around 250,000 tons and is at risk of breaking away.

The Planpincieux glacier is located in the Alps on the Grande Jorasses peak of the Mont Blanc mountain range surrounded by Italy, France and Switzerland.

Stefano Miserocchi, mayor of Courmayeur, had ordered the nighttime closure of the road leading to Val Ferret at Mont Blanc on Tuesday evening.

Access to the region below the glacier, which is popular with tourists, has also been limited and road traffic is restricted to three sessions throughout the day. From Friday an alternative route will be available, according to local authorities. 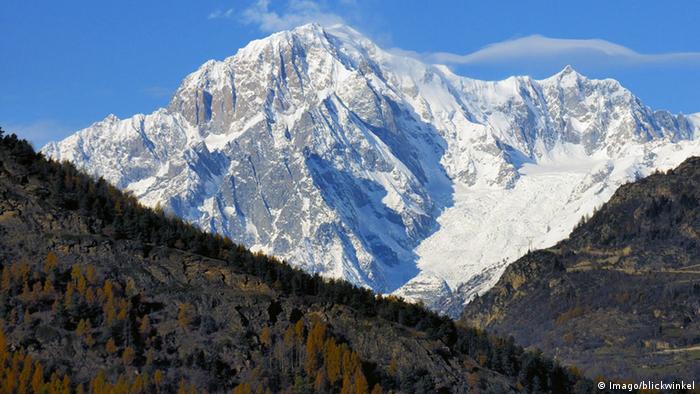 The glacier, which forms part of the Mont Blanc mountain range, is melting at an average of 35 cm per day

The Secure Mountain Foundation, which has monitored the glacier for the Aosta Valley region since 2013, alerted local officials of potential avalanches on the Grandes Jorasses slope.

Jean Pierre Fosson, the foundation's secretary-general, said the temperature of the water flowing below the glacier "exposes it to the global warming in progress."

The glacier began experiencing unusual collapses in October 2018. It wasn't until the accelerated rate of the latest detachment that Fosson signaled a warning to the town mayor.

Courmayeur's mayor said the "phenomena once again show how the mountain is going through a period of major change due to climate factors and, therefore, it is particularly vulnerable."

However, Fosson advised locals not to panic and said that the foundation will continue to monitor the glacier, emphasizing "unprecedented" preventative measures were being taken.

Fosson added that the glacier chunk might not even break at all and if it does, it might break off in a single block or simply crumble away.

Rescuers find a seventh body after Sunday's avalanche caused by a collapsed glacier. Thermal drones have been used to try identify body heat in the snow.